I remember watching an anime movie in the 80s that had one particular scene towards the end where the main characters had to face a giant robotic mammoth. There was lots of snow and ice around, and somehow the characters were able to cut off the mammoth's tusks one by one which disabled it. I believe there was a scene that showed people controlling the elephant from the head (behind the eyes), or maybe it was the good guys after bringing down the machine.

I'm pretty sure it was from Japan, but dubbed in English. I think the overall plot was that the main characters (who were human) were adventuring around the world.

I've been trying to remember the name for a long time. I recently found out the name of another movie I watched numerous times as a kid (Rise of the Dinosaurs), so this one is next on my list! Thanks for any help!

Zoids include 2 elephants and a mammoth, all sentient robotic vehicles.

There are four anime series and at least one unofficial and recent movie, which isn't mentioned in the Wiki. 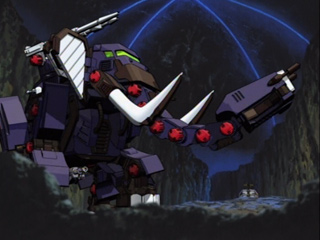 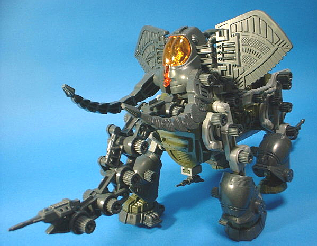 Not the answer you're looking for? Browse other questions tagged identify-this-movie anime .