Can dragons be controlled by White Walkers?

Whenever we talk about White Walkers in Game of Thrones, the first thing that comes to mind is ice and fire. They have weapons made of ice, and they are immune to fire though it kills their army (the wights).

One of their most deadly abilities is to reanimate the dead as their servants, known as Wights. They are actually capable of reviving any dead animals as wights, as a few White Walkers have been seen riding undead horses.

Do you think White Walkers can revive a dead Dragon and make it their servant?

What could happen if it's the case?

But they are not immune to dragon fire...

I haven't read the books. I'm not besties with George... etc. I'm basing this on logic.

Here's the facts we know from the show:

This actually has little to do with the argument at hand but I think it's very interesting.

Dragonglass is a common name in Westeros for the substance known as obsidian, a form of volcanic glass. Along with Valyrian steel, it is one of the two known substances capable of killing White Walkers.

Large amounts of dragonglass can be found on Dragonstone island.

Dragonstone Island is where the dragons lived. And, interestingly enough, it seems that using dragonglass to make weapons was very rare because it's very brittle.

Large amounts of dragonglass can be found on Dragonstone, but it isn't a precious or even particularly useful material, being too brittle to make weapons and too sharp to use in building.

Personally, I find it telling that they correlate something that's volcanic with dragons and it just so happens to also be useful against White Walkers.

We know this now as of Hardhome, Season 5 Episode 8.

And where does Valyrian Steel originate? The home of the ancient dragon tamers and the origin of House Targaryen... and lore claims that it's made using dragonfire:

According to legend, Valyrian steel was forged with spells and dragonfire.

If you read a bit farther down in the article into the realms of information from the books, it confirms this but, interestingly enough, the use of Valyrian Steel (also known as dragonsteel) against White Walkers hasn't actually occurred in the books yet.

So my leap of logic comes in here... it makes sense that the dragon fire is what makes it possible to use Valyrian Steel against White Walkers, so, similarly, there is something obviously antithetical between the two creatures, so if an object simply made with dragon fire can kill a White Walker, it logically follows that fire direct from the beasts themselves would have a similar effect...

Thus, White Walkers, must not be immune to dragon fire.

So, how does this relate to the question at hand...

As far as I know, we haven't seen a dragon die in the show but we know they're magical creatures and that they were thought to be extinct before Daenerys' three new ones.

Similarly, White Walkers are magical and we have seen what happens when they die... they evaporate into powder.

Upon being stabbed by dragonglass, a White Walker's body will begin to freeze into ice from the point at which it was stabbed, causing the Walker great pain. Finally, it will begin to fall apart, as its now icy body shatters until there is nothing left but powder. Valyrian steel has much the same effect, but works much more rapidly, shattering White Walkers with a single blow.

So, this makes me wonder if there would be anything left of a dragon's body if it were to die. It could follow a similar process, bursting into flame rather than freezing, and then turning to ash. It would be difficult for a White Walker to revive a corpse that didn't exist.

One argument against this is that they have shown dragon bones around. I believe Arya runs into dragon bones at some point in season one, for example.

There's one other bit from the show that might mean something...

They are actually capable of reviving any dead animals as wights, as a few White Walkers have been seen riding undead horses. They cannot, however, revive a corpse into servitude if the fallen creatures have died by fire.

In an earlier episode (I don't remember which), I remember seeing them burn bodies to prevent them from being reanimated. Considering that fire is so inherent to a dragon's being and fire prevents White Walkers from being able to reanimate corpses, I feel that this, too, argues that it would not be possible for a White Walker to revive a dead dragon (should the body still be intact).

That being said, this is all based on logic built on facts from the show. But, at this point, the entire question is speculative, so I think this is the best one can hope for.

Technically speaking Dragons are reptiles. So it should be possible for the walkers (Others) to control them. But there is a catch here. Both Dragons and Others are magical in nature. So I don't expect things to be straight forward.

In some ways they are opposite of each other.

His scales were hot to the touch, like armor left too long in the sun. Dragons are fire made flesh. She had read that in one of the books Ser Jorah had given her as a wedding gift.

Excerpt From: A Dance With Dragons

The Others are not dead. They are strange, beautiful… think, oh… the Sidhe made of ice, something like that… a different sort of life… inhuman, elegant, dangerous

George R. R. Martin wrote it in an email to the comic book artist Tommy Patterson

I think it will all depend on whether the White Walker is stronger than the dragon. But in cases where magic is involved it is very hard to predict. But if you take magic out of the equation one of Dragon or White Walker have to die. Because either White Walker would melt or the Dragon's fire would burn off.

I would love to see the creation of ice dragon when the power of Dragon and White Walkers merge together.

The Night King hits one of Daenerys's dragons (Viserion) with a spear and then later revives that dead dragon, resulting in it having blue glowing eyes. 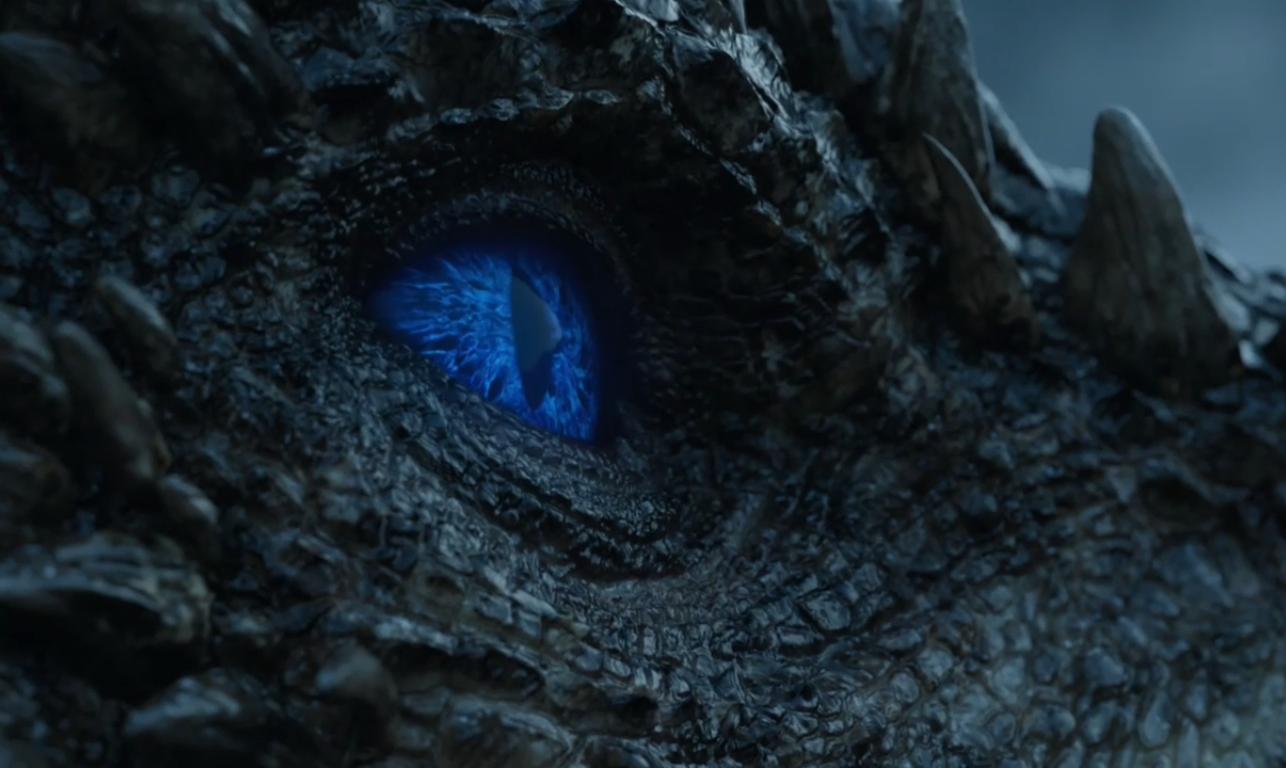 So the answer to your question: Can dragons be controlled by White Walkers?

yes. But there is a debate as to whether the Night King made the dragon a wight (zombie) or a White walker. Refer to the respective reddit discussion.

13
Can a warg control dragons?
9
Can White Walkers raise the giants from dead and convert into wights (army of dead)?

4
How useful are dragon glass arrow heads when fighting the white walkers in Game of Thrones?
7
Can White Walkers talk?
8
What can White Walkers raise from the dead?
16
How do the White Walkers interact with their dead army?
20
Can Ghost kill White Walkers or Wights?
22
Did winter finally come to Westeros?