Was “Big Lob” originally supposed to be a licensed sports personality?

In the animated G.I. Joe the Movie, basketball-player-turned-Joe "Big Lob" (voiced by Brad Sanders) is introduced. He has the number "14" on his jersey. Hasbro has used licensed personalities as characters in their G.I. Joe line-up before, including Sgt. Slaughter (who featured in said film), Refrigerator Perry, and Rocky Balboa (who was never actually produced).

Was the character of "Big Lob" originally supposed to be a licensed personality, and if so, what happened? 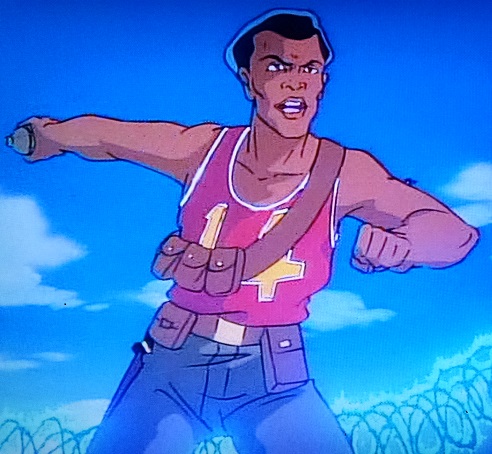 7
How did Movie 43 get so many big name stars?
6
Was Jackie Chan In Big Trouble In Little China?
3
Is it possible to get an A-lister into a big-budget movie without anybody knowing?
13
Were body doubles originally intended to be used before casting the female lead?
3
Where do movie producers find actors with specific looks or personality?
6
What role was Irrfan Khan supposed to play?