I'm looking for the name of an action/thriller movie where the bad guy performs a bank robbery (or some other heist), then escapes by dressing up hostages as hostage-takers and fooling the police into shooting at them (while he himself pretends to be a hostage). It takes place in a large American (or possibly Canadian) city and I'm pretty sure it's from the '90s. It's similar in tone to other action/thriller movies of that decade.

The bad guy was played by a white, male actor who I believe was relatively famous at the time, but I don't remember seeing him in anything since then.

It's not Inside Man, where I believe the bank robber also dresses up hostages as hostage-takers or something similar. 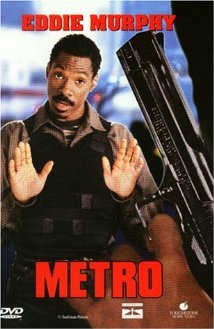 Scott Roper is a wisecracking hostage negotiator. When his friend and fellow police officer is assassinated by a dangerous jewel thief, he is prepared to do just about anything to bring the killer to justice. But as his quiet investigation progresses, he must also train an ultra smart SWAT sniper to become a negotiator just like him.

Here's a link to the full movie.

The scene you describe begins at at 55:00 and concludes with a hostage mistakenly being shot 6 minutes later. The actor you describe is named Michael Wincott.

Not the answer you're looking for? Browse other questions tagged identify-this-movie thriller action .