Why does cheryl change her name often?

In Archer season 1 why does Cheryl (shown below) change her name quite frequently?

She goes by Carol, Carina, Crystal etc. in the first few episodes. 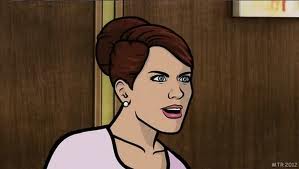 She first changes her name to Carol because that's what Archer called her while they were in a relationship.

Sterling Archer: Uh, since when?

Cheryl: Since I had it legally changed because you always call me Carol.

She claimed that Carina "better captured [her] sensual womanhood" in the episode "Killing Utne".

Finally, the change to Cristal was done to curry favor with Conway Stern in "Diversity Hire". Cristal being the name of a wine that was briefly popular amongst rappers, which in Cheryl's mind probably equated to all black people including Conway.

But yes, it has become a running joke exemplify the character's personality issues.

Not the answer you're looking for? Browse other questions tagged analysis archer .

14
What's with the "one-sided" dialogue scenes in Midnight in Paris?
6
Is there a special significance to the cat in The Closer?
13
Why is she calling him a loser?
4
Why is the film titled 'Frances Ha'?
4
What was the point of the interplay between Richard Riddick and Dahl in Riddick?
7
Why does Cassandra tell James Cole to stay away from her in Haiti?
6
Is there a hit list or a specific way that Freddy goes about how he kills people?