What are the bumps on Nux's neck/shoulder?

During a point in Mad Max: Fury Road, Nux says something about these bumps that would eventually kill him but I don't recall if he actually explained what they were or if it was left to our interpretation. You can see the bumps in this image: 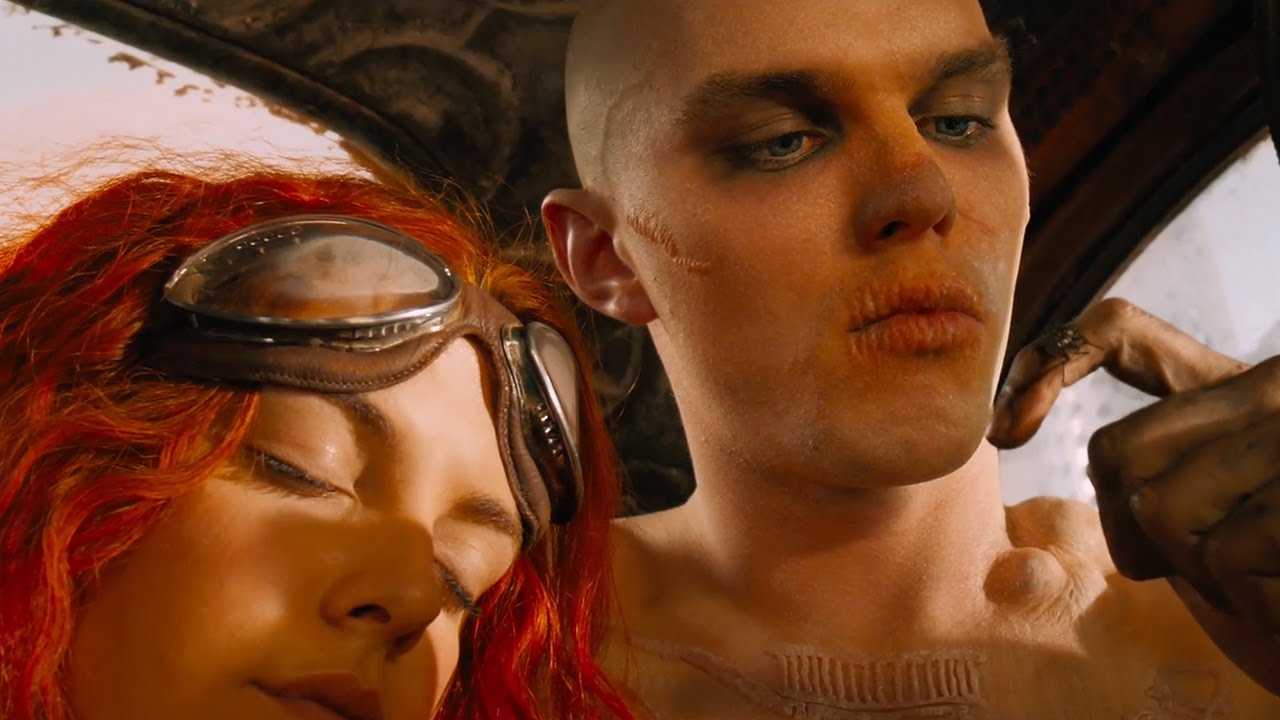 So, do we know what these are?

We were shown in the beginning that Immortan Joe also has those tumors, may be it's because they're extremely unhealthy/ill. Nux is also unhealthy and has tumors, so, he keeps on transfusing Max's blood from a pipe injected into Max's neck.

Those were his tumors and he nicknames them Barry and Larry.

Turns out the irradiated wasteland is bad for your health, and Nux has a couple of gnarly neck tumours which he draws smiley faces on and nicknames Barry and Larry.

So cancer looks like an obvious here, given the amounts of radiation from a likely worldwide nuclear war. Just going on an anatomical basis, what about cancer of the carotid artery? It's a major blood vessel that runs along the length of the neck, and cancer of this sort tends to be tumours that surround said artery in lumps that press against the skin, making them fairly easy to see, so could explain Larry and Barry on Nux's neck. Just throwing it out there

It might also be because they have been exposed to contaminated air maybe with radiation (assuming it because the soil was also red) as these war boys go out regularly even Joe himself was a war rig driver before like he declares it in the speech, but for Joe's wive's there is fresh air supply and they are surrounded with greenery, maybe this explains the perfect baby that is delivered.

I believe Half-Life Warboy pretty much says it all. They're tumors from the radiation (half-life) and they're killing them all.

The soil is red from the rich iron deposits found in the Nambian deserts where the film was shot. I only know this because where I am from in Oklahoma the soil is the same red color from the same kind of deposits the waters from millions of years ago deposited here as it did there before it receded.

But yes in the film the tumors were caused from sour soil, toxic air and ground water and everything else that came from that region where the war boys grew up. I say this only from reading multiple articles and coming to the conclusion in my own words on how the apocalypse came about destroyed the earth & souring the soil and water leaving their bones irradiated and becoming half life.

I edited a comment above this explaining what was said during the scene where the "perfect baby" was taken In a make shift crude representation of a C-Section delivery.

Did anyone else get a vibe that there is inbreeding also possibly causing some of the deformations and genetic disease? Joe had dozens of unhealthy offspring of different generations and there can't be that many healthy beautiful women left for him to procreate with. I wondered if maybe the Mother's Milk cow-ladies might have been Joe's former beauties who grew too old for his taste and got turned out to pasture, so-to-speak. I don't know what else made me think of inbreeding except maybe that some of the War Boys and their illnesses remind me of mutant-hillbilly-The-Hills-Have-Eyes and Deliverance-type people.

5
Exactly what are the War Boys in Mad Max: Fury Road?

15
What all was on Max's back?
11
Why sudden change in war boy's motives?
15
What's the relation between the different clans?
8
What does Nux say?
10
Are there any real-world equivalents to spitting fuel into the engine?
4
Does Capable heal Nux in Mad Max: Fury Road?
11
What happened to the kid?
15
What is meant by "Who killed the world?"
9
What is the meaning of the term "Kamakrazee" in the movie Mad Max:Fury Road?
10
Riding 160 days around the world