Why does Blake draw the Batman symbols all over town?

Late in The Dark Knight Rises, Gotham is closed off from the rest of the world and the police are forced underground (both literally and figuratively). We catch up with the action when the government sends a highly-trained government agent in to help with the efforts to overthrow Bane, his mercenaries, and the criminals now free in Gotham. There are a number of times that John Blake is shown drawing a Batman symbol with chalk (shown below is an image of the album cover for the soundtrack that has a similar drawing on it).

What purpose do these drawings serve? 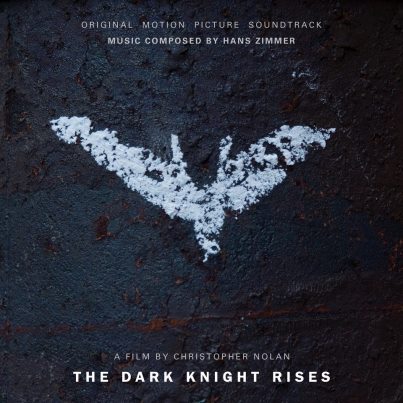 My best guess is that they had something to do with tracking the trucks carrying the bomb around, but that wasn't especially clear.

We also see the boy in the orphanage drawing little chalky bats during Blake's visit there - this led me to believe that Blake (being one of the former orphans) used to draw these himself as a symbol of hope, and that he was merely replicating these around the city as he attempted to free the cops and also to track the truck routes.

Think of them as 'resistance symbols', like 'V' or Che Gervara stencils.

It is a reference to Gotham: No Man's Land. In this story arc, Gotham has been cut off from the rest of the United States because of a great Earthquake, it is a very similar alienation as in TDKR under Bane's Rule. Gotham is overrun by gangs who tag their territories. Long before Batman is publicly seen, Bat Tags begin to show up. The symbol is of hope and a reminder that Batman rules, ie justice rules. In TDKR, there aren't any gangs or tags, but it's a similar message. The captain advises Blake to put his faith in something more realistic, but Blake continues to mark the city. It is intended to give the people hope and remind them that justice is just lying dormant; not dead. It still exists, and will return.

44
Why does Christian Bale change his voice when playing Batman
29
How does Blake know that Bruce Wayne is Batman?
15
Why does Batman trust Selina Kyle all the time?
17
Why does Alfred leave in The Dark Knight Rises?
56
Why does Batman talk to himself in the batvoice?
13
At what point does Batman eject out of the Bat?
16
Why put Batman in the pit?
6
Why does Batman brand criminals?
0
Why didn't Blake and Gordon tell about the "timed" nature of the bomb to Captain Jones themselves?
24
Why does Pinky shake all the time?