What was the point of the origami Swan being dropped in the sewers by Michael?

In Prison Break Michael made these origami paper Swans and he dropped one down a sewer/drainage hole in the center of the Fox river state Penitentiary field, where all the inmates hang out in their free time.

If I remember correctly, shortly after this episode, John Abruzzi had a call from someone that had a message that said they knew of Fibonacci's location and in that message included an origami Swan that Michael had previously sent to John's accomplice. I presumed the origami Swan shown previously was a lead up to this scene, so the viewers knew Michael was the one behind sending the origami and knew of Fibonacci's location and that John Abruzzi would team up with Michael.

However, what was Michael trying to do or work out by dropping the original origami bird down the drainage hole there?

This origami scene was included in the show's intro: 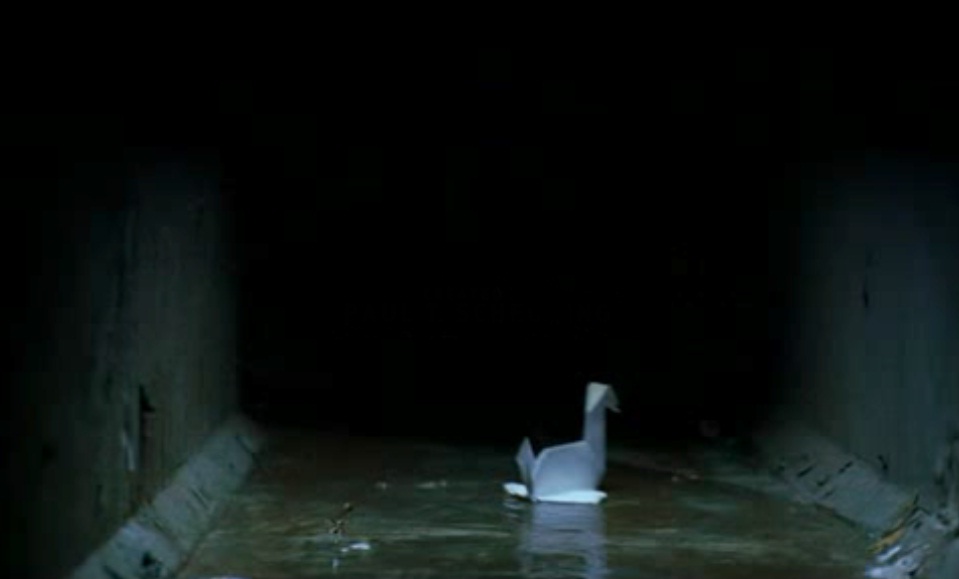 Michael uses the Origami swan to figure out where the drain pipe flows so that he can use it in the escape. IIRC, later on in the season he sees the Swan out in the yard. The reason he uses a swan rather than a random piece of paper is to distinguish it from the trash that would be caught up in the sewer.

Although I agree with the answer already given, I want to expand on it a tad - namely the question around the tattoo.

In the episode about the CUTE poison (the chemicals mixed up in the toothpaste) where Michael squeezes the mixture into the grate in the infirmary, aiming to corrode the pipes to open access from the cells through to the infirmary. The origami is used to establish if the pipes have in-fact corroded - if he can drop one through the grate in the infirmary and it ends up back in the cell block area (or the surrounding grounds) he knows that the mixture has done its job.

Michaels earlier research showed that the pipes were the "Route 66", but he knew he had to remove a few roadblocks first.

Michael: Think of this place like it is a map of the U.S. Our cell over there, that's New York City. The infirmary, our exit, is California. The pipes beneath our feet that connect the two...

Michael: Route 66. Our ticket out of here.

6
When Michael was in surgery, how did he realise what SCYLLA actually is?