I happen, time and again, to read and hear people – among which people working in cinema – regretting the fact that film (in the sense of actual reels of plastic strip) is nowadays very rarely used when shooting movies. Is there some ground to such nostalgia?

Of course I am not looking for opinions for or against film vs. digital media, but sourced, objective reasons. Is there anything that could be done with film but not with digital supports? Are there measurable differences in effects on viewers?

I'm going to start an answer but this is by no means complete.

Whether you're talking about film as a recording medium or as a presentation format, there are people who prefer both. You can do a lot of research on why one is better than the other but a lot of it comes down to personal preference in the end.

As a Recording Medium

There are pros and cons for film and for digital. Some directors are sticklers for using film, particularly for quality/stylistic reasons, while others like the freedom allowed with digital media. Here are just a few of the major differences.

Dynamic range - or How pretty will it be?

You're going to get better whites and blacks and colors with film than with digital. The digital sensors just aren't quite sensitive enough (yet) to mimic film:

There is no limit to the number of possible levels of color on emulsion film, whereas a digital sensor stores integer numbers, producing a limited and specific possible number of colors. Banding may be visible in the unusual case that it is not obscured by noise, and detail may be lost, particularly in shadow and highlight areas.

Here's an article comparing digital and film stills to show the dynamic range differences between the two... it's pretty impressive.

Here's a summary statement on the site:

It's 2014 and when I shoot digital, I'm still using a cheap one for most things. That's because in late 2014, even the expensive ones still blow out highlights in a nasty, computerized, unacceptable-looking way. Full-frame digital gives slightly more leeway, but it's still not slide film.

At least when highlights get blown out with film, they look natural. As we've seen, Fuji Superia negative film was able to tolerate seven full stops of highlight overexposure and still yield a pleasant, smooth-looking picture. It could be ten or twenty stops overexposed, and the worst that would happen is that it would yield a smooth-edged transition to pure white.

As to your basic question, this is the immediate answer... none of the other factors listed below are important to directors who care about this one. Film was (and is) still better in a quantifiable way, than digital.

Everything below here is why so many opt to forgo what some consider a very minor difference between the two and make the switch to digital:

Cost - or How much do I have to fork over?

With film projects, a major cost of making is the cost of film stock (around $769 USD/roll), processing, digitizing (so that it can be edited digitally), preserving, and storing the film negatives. And, with the increasing use of digital, these costs are likely rising as fewer film-processing companies are around... If you're interested in the costs, there's a site that outlines some of them here, not sure how recent the info is.

That isn't to say that digital doesn't have costs of its own... Camera cards, storage media, etc ... do have expenses associated with them.

Ease of Loss - or How much can I screw up and still get a movie out of it?

I'm not going to say that it's impossible to screw up or lose digital files... it is... but it's not nearly as easy as screwing up a roll of undeveloped film. One little light leak and the last two hours of work is down the drain. With film, you have to train people how to properly load and unload film rolls and to particularly be wary of any light... and you have to protect those shot and un-shot rolls from the moment you buy them until they've been finished processing. Even only taking into account the time from when shot to developed and digitized, it can be a day or two... or a week before the film is truly "safe"... and this often requires mailing or couriering it across several states depending on if there's a processing house anywhere nearby.

Reviewing Shots - or How quickly can I see the mess the actors made of my dialogue?

As stated above, you don't know what you've got on film until it's developed... which can take a day to a week. Some sets may do a simultaneous recording on a digital camera but it may not record an identical image to the 35mm camera.

Digital media can be instantly reviewed by simply watching the digital files on the camera.

Length of Shots - or How often do I have to stop and change my media?

A standard roll of film has a run time of about 11 minutes when run at 24 frames per second... regardless of the type of film, actually. It's the same running time for 35 mm and 16 mm, just smaller (shorter) rolls for the 16 mm. Note, this also means you have to change rolls of film every 11 minutes of shooting time!

Depending on the digital camera used, recording quality and the size of the memory cards, you can get much more time on a digital camera. Here's some info from the Arri Alexa's recording info page: 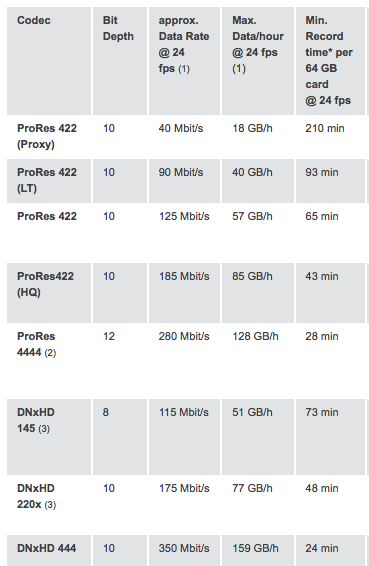 To paraphrase, with a 64 GB card, you'll get between 24 and 210 minutes of recording time depending on the codec you use.

There are other differences, obviously, but these are the big ones.

As a Presentation Format

The dynamic range issues exist here, too but the production companies have a bit more control and they're a bit more finicky about price.

Here's some numbers from an undated article on the University of California Institute for Research in the Arts:

Today, the driving force isn’t so much a single movie as it is the studios’ bottom line — they no longer want to pay to physically print and ship movies. It costs about $1,500 to print one copy of a movie on 35 mm film and ship it to theaters in its heavy metal canister. Multiply that by 4,000 copies — one for each movie on each screen in each multiplex around the country — and the numbers start to get ugly. By comparison, putting out a digital copy costs a mere $150.

A similar amount is noted on the Wikipedia page about release prints.

Release prints are generally expensive. For example, in the United States, it is not unusual for each one to cost around $1,500 to print and ship to theaters around the country. The cost of a release print is determined primarily by its length in feet, the type of print stock used and the number of prints being struck in a given run.

In film, the dLogE curve, the characteristic curve of film emulsion is non-linear. With exposure time on the x-axis and negative density on the y, at very low levels, increasing light/exposure time, has little effect on film chemistry. It's asymptotic. Then, the curve, curves and starts to rise, linearly for much of the film's exposure range. That's where cameramen like to work: where you double the light (open up a stop) and you get twice the negative density. Then, at the top of the curve, it levels off to a asymptotically horizontal line. Adding more light provides no new negative density -- there is no more to be had at that level. Makeup men use to use that, in film, to hide wrinkles in the eyes of actresses of 'a certain age'. Film couldn't resolve the detail of the fine wrinkles: they were lost in the highlights.

Digital doesn't behave that way. It's dLogE curve is linear. Cameramen need to know this and be able to work with it. As in Photoshop's Curves tool, adjustments can be made, but at 24 frames per second, that, too, becomes a cost issue. So the 'look' of film changes in digital, or someone spends some more money, after arguing that only cameramen will see the difference.

Are there measurable differences in effects on viewers?

With film there is flickering of the image and your brain engages the persistence of vision in a very different way than while watching streaming content - whether interlaced or progressive. The difference being that with film, for some small period of time the audience is in the dark.

Also, generally with film, you are watching reflected light filtered through a photochemical medium; with digital video you are generally looking directly into the light source, and the streams of pixels are electromagnetic.

Other than that, it's just aesthetic preference.

4
Why are movies still shot in 35mm?
8
Why are movies still shot on film?
16
Are lights a worthwhile investment?
43
What exactly is 70mm print and why does anyone care?
10
What is the Resolution of 35mm film?
4
How can digital projectors play 35mm movies?
3
How are movies shot on film cut and edited nowadays?
1
Quality difference between HD video and 35mm film
2
Why is classic IMAX not digital?
0
Can analog outperform digital?
See more linked questions