What did the Dent Act do?

After the passing of Harvey Dent, Gotham City passed the Dent Act, which allowed Gotham to clean up the streets quite a bit. It was stated that the act gave the police department the teeth it needed to do this. Was it ever made clear exactly what the Dent Act did to make it easier for the police to do their job?

I found this piece online while looking for something related to the Dent Act. Looks real enough to think that it was released as part of the trailer. 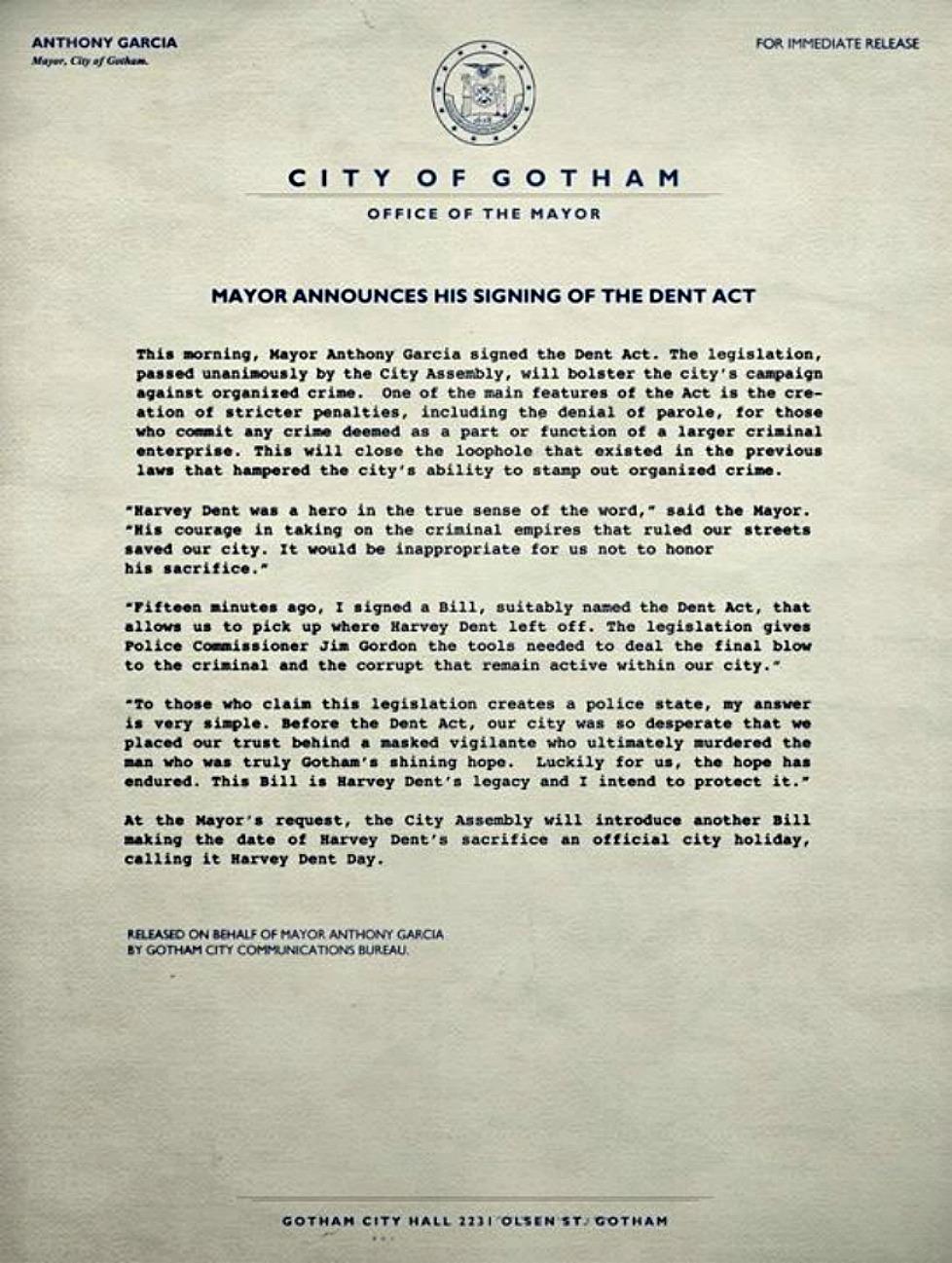 I think it provides stricter penalties and parole denial to put fear into people committing organized crime. Anyone probably arrested on suspect could be tried immediately rather than the usual turn around time associated with an appeal.

The Dent Act. among all things puts dangerous and important clogs of the organised crime world into prison with no possibility of parole. So essentially they are not gonna see the light of the day till a long long time and deter people from being involved in such activities.

Excerpt from the scene where Bane unveils Harvey Dent's reality.

John Blake to Gordon: Those men locked up for eight years in Blackgate, and denied parole under the Dent Act, based on a lie?

3
What is bad about the Dent Act?
1
Is it really clear what happened to Two-Face?

4
Why did the Joker choose Harvey Dent?
7
Why did Harvey Dent become Two-Face?
3
How did the Four Horsemen do the teleportation trick during the first act?
7
Why would Dent believe the Joker?
4
Was Batman complicit in the Dent Act?
5
Was Fritz a Nazi all along?
8
Fredo's behaviour on New Year's Eve
2
Why did Sam want Jake to witness the act?
3
What is bad about the Dent Act?