How did Klorel and Apophis escape their ships alive?

In season 2, episode 1 of Stargate, The Serpent's Lair, SG1 blow up two Goa'uld ships belonging to Klorel and Apophis by using C4 on Klorel's ship, steering it closer to the ship of Apophis and disabling the shields on that ship.

Just before the destruction of the ships, we see Apophis and Klorel use the ring transporter to escape to Klorel's ship with below 10 seconds showing on the C4. We know that they couldn't have used the stargate on Klorel's ship (since Daniel dials the final chevron on the gate with 9 seconds left on the C4 charge, he jumps through the gate with 1 second left on the C4 charge so they definitely couldn't have left the ships using the gate) and the pel'tak is more than 10 seconds away from the storage room that contained the stargate.

After it became apparent that the ship's controls weren't working, Klorel and Apophis used a ring transporter. Although their escape happened off-screen, they clearly used the ship's own Stargate to transport themselves to another world.

It's quite possible (indeed probable) that there's a ring receiver in the Stargate room that SG1 team are unaware of. A god would hardly be likely to transport himself to a cargo room when he needs to come on board his own ship. 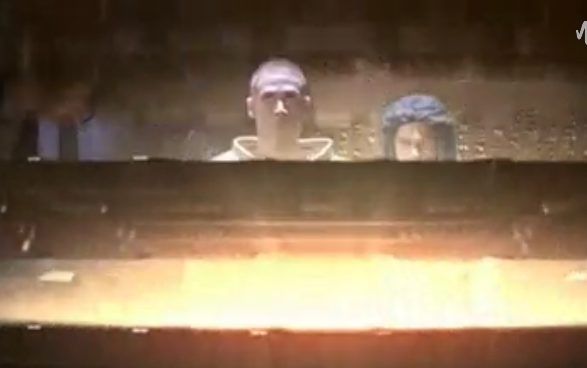 Notably, Master Bra'Tac confirms their method of escape in a subsequent episode; Season 2, Episode 8; "Family". It appears that his own operatives have confirmed that Klorel and Apophis did indeed use the Stargate to escape:

CARTER: Nobody could have survived, sir.

BRA'TAC: I am told he and Klorel escaped through the on-board Stargate before your explosive devices destroyed the ship.

DANIEL: They must have used those rings things to get to the Gate just after I did.

The originals cloned themselves. Remember the SG1 team trying to figure out if Apothis was a clone or the original? Those who died were copies and decoys.

8
How does Amy escape capture?
26
How did NASA figure out Mark was still alive?
1
How did Emily escape in movie Case 39?
6
How did Joy escape?
3
How did the rebels crash the two space ships into the gate?
9
How did Voldemort, Bellatrix, and Lucius manage to keep their wands?
4
How did the team escape Lian Yu in Arrow
2
How is Boba Fett alive?
1
How did the survivor drug Joon-woo and Yu bin in #Alive?