Why did Teal'c decide to join SG-1 during Children of the Gods?

In the first episode of Stargate SG-1, Children of the Gods, SG-1 travel to Chulak in response to an attack on Earth by Apophis, get captured, and end up being stored with many other individuals who've been collected by the Goa'uld to serve as hosts: 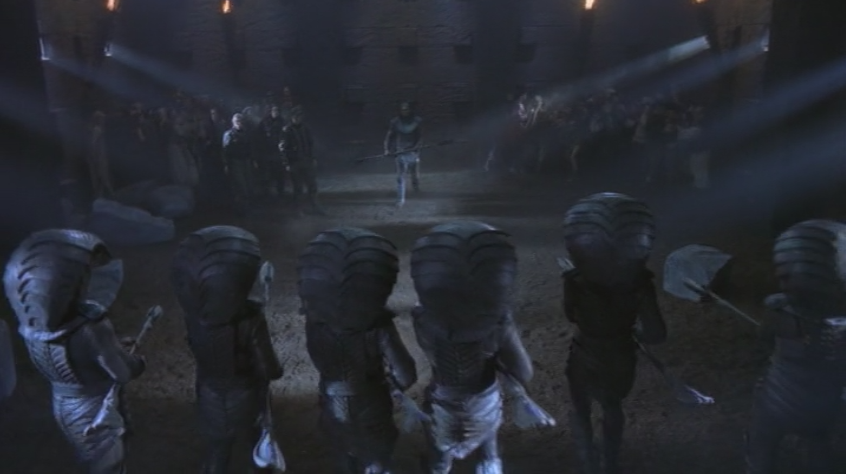 Teal'c is Apophis's highest ranking Jaffa, for all intents and purposes the Goa'uld are gods from the point of view of the rest of the galaxy at this time.

Why did Teal'c decide to join SG-1 during Children of the Gods?

For some time, Teal'c had been disillusioned by Apophis and the Goa'uld way of life. He knows what he's being asked to do is not right, but has to stay his tongue and actions at the risk of death for him and his family. When SG-1 arrives, Teal'c believes they might be able to do something to help him (dialog from the end of S01E01):

O'NEILL (to Teal'c) I can save these people! Help me! Help me.

TEAL'C Many have said that. (He turns and fires on his own guards, then throws his weapon to O'Neill.) But you are the first I believe could do it!

It is revealed much later in the series the process by which Teal'c becomes disillusioned. Mainly, this is done by his mentor and trainer, Master Bra'tac. Master Bra'tac was the First Prime of Apophis at the time of this, which is all revealed in Threshold (S05E02). In this episode, after Teal'c basically loses his mind and believes he is back in the service of Apophis, Bra'tac helps him to remember who he has become and why. It is Bra'tac's original training and philosophies which help Teal'c believe as he does. Due to this training, he is not willing to act upon it knowing the outcome. His belief is the ultimate reason why he chose to go with O'Neill, because he actually does believe O'Neill can do what he says and save the people. This is something Teal'c has wanted all along, but has had no means to accomplish, nor support to proceed. He believes O'Neill and the SG-1 team can provide both, so makes a split second decision to rebel against Apophis.

(Side Note: IMHO, this is just a plot ploy to get Teal'c embedded into the show. It is a very weak action which gets him to join SG-1, but the writers had to bring him in somehow.)

Not the answer you're looking for? Browse other questions tagged stargate stargate-sg1 .

5
Why is travelling through the Stargate from Earth such a bumpy ride?
7
What are the differences in the remastered Children of the Gods?
6
Why don't the team ever bring back other species for study?
4
What is the weapon Teal'c is using at the beginning of "Off the Grid"?
7
Why were they covered in ice/snow the first time through the portal in SG1?
10
In Stargate movie how did they manage to activate the gate in alien world Abydos?
18
In Stargate, what has happened to the children in the pyramid?
3
Which episodes did the Furlings sketch in the "200" episode of Stargate SG-1 pull stock footage from?
16
Is there mention of any of the modern gods in "Stargate SG-1"?
5
Why is the episode titled “Ethon”?