Is Captain America worthy of Mjolnir?

In Age of Ultron, there's a scene where the various team members try and fail to lift Thor's hammer. When Cap tries, he actually manages to budge it very briefly, and we see both him and Thor react as they notice. But then he grabs the handle and grunts and strains and it doesn't move.

However, his "struggle" to lift the hammer looks horribly fake compared to the other teammates, and it seems to suggest that Cap realized that he could lift it, but then chose not to so as to not embarrass Thor in front of the team.

Is there any official reason to either believe or refute that interpretation?

"Whosoever holds this hammer, if he be worthy, shall possess the power of Thor".

"Worthy" is pretty vague, however Captain America is a valiant soldier, it would make sense that he is "worthy" of holding Mjolnir.

There is already precedent for it in the comics: Captain America has already weilded Thor's hammer in The Mighty Thor #390, from 1988 and again in Fear Itself 7: 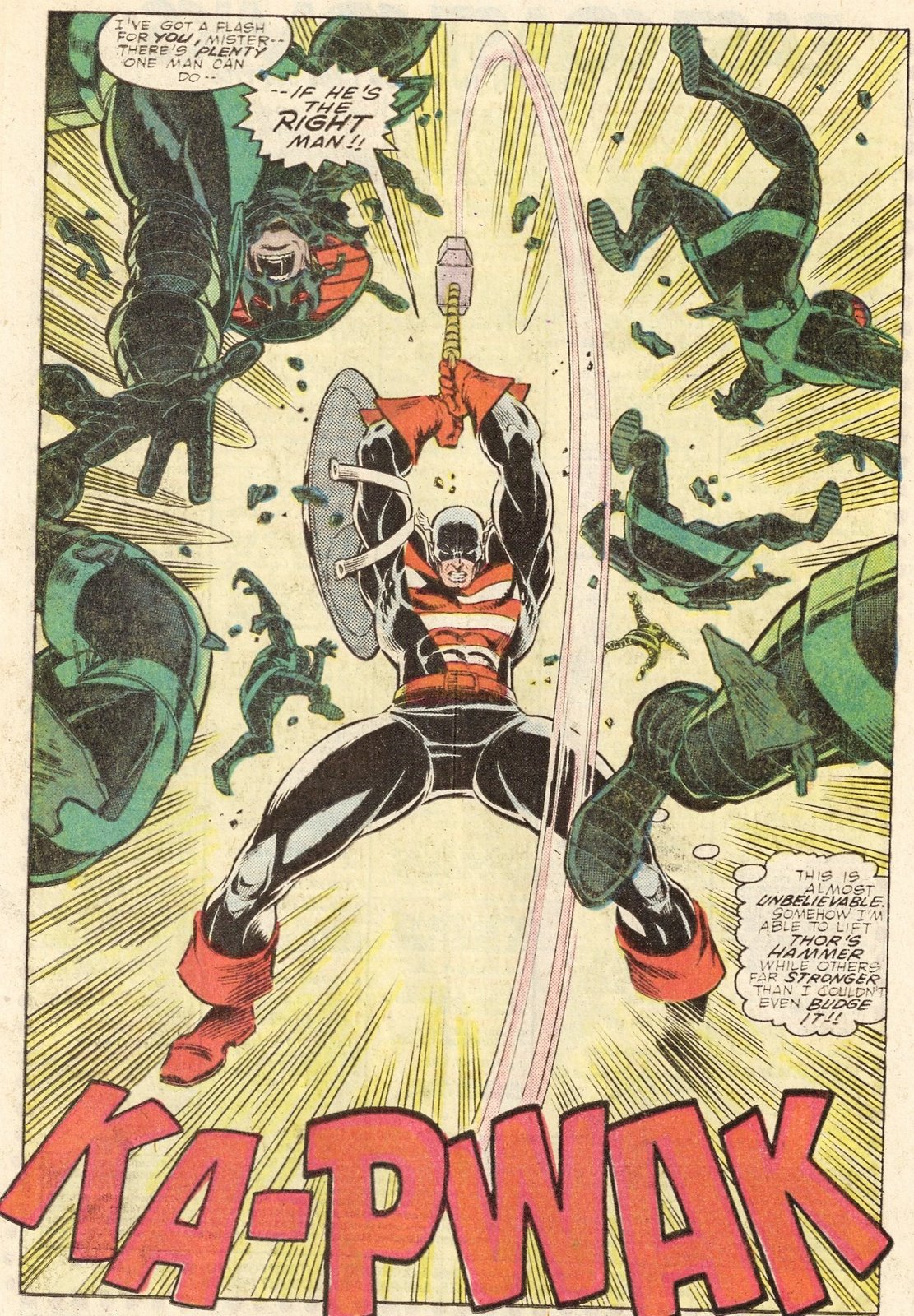 Faking it is an interesting viewpoint, after seeing the scene myself it did seem like significantly less time was spent trying to lift the hammer in comparison to Tony Stark and the hammer definitely did move - if not being able to lift the hammer was intentionally faked it's likely we'll see the Captain wielding Thor's hammer (not an euphemism) in one of the upcoming announced sequels.

Now that Avengers: Endgame is out, the follow upto the hammer scene from Age of Ultron pays off and Captain America ends up successfully wielding both Stormbreaker and Mjolnir during the end fight against alternative universe Thanos. It is also heavily implied that Thor was aware or at least heavily suspected that Captain was ultimately worthy as he proclaims "I knew it!" upon seeing Captain holding Mjolnir for the first time.

In the context of the movies, no Rogers isn't worthy.

Being "worthy" is pretty sketchy and ill defined in the Marvel universes, but the scene that actually explains this best is from the very end of Age of Ultron.

Steve Rogers: But if you put the hammer in an elevator?

Steve is jealous of The Vision and wants a reason why he couldn't, we expect as much from Tony, but Steve feels cheated that he "wasn't worthy". During the party he wanted to wield the hammer to show off, little more. Now Mjolnir wiggles, because we know Steve is a good person, but right then and there, his intentions were less than worthy. 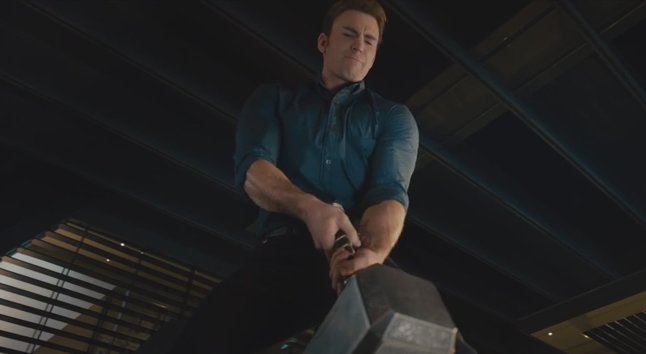 Steve wanted to wield the hammer for the very same reason that Thor did when he landed on Earth: 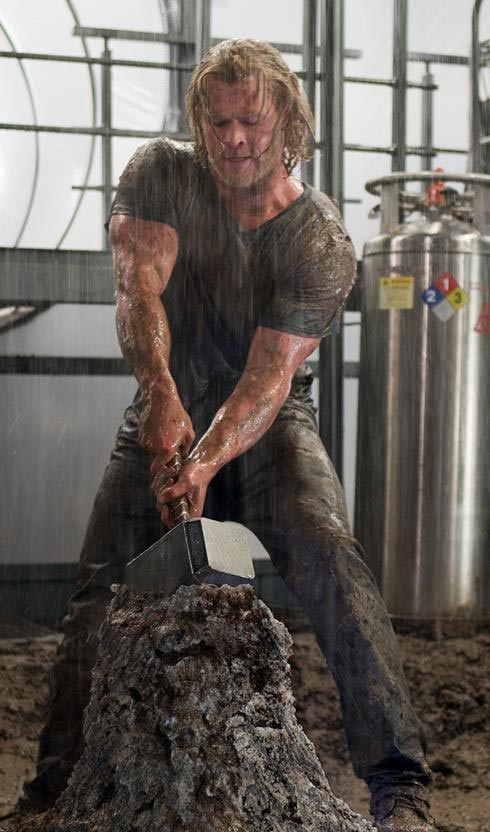 And Thor failed here too, so why could the Vision wield it? Because he wanted to hand it to Thor to get the Avengers moving against Ultron and immediately handed it off. The Vision didn't necessarily want Mjolnir, he wanted the Avengers to work together - thats what made him worthy.

We see during the big fight in Avengers: Endgame that

Steve is totally worthy of Mjolnir, and can even channel Thor's lightning through it, presumably due to the "Whosoever holds this hammer, if he be worthy, shall possess the power of Thor" enchantment.

As to whether he was faking not being able to lift it in Age of Ultron,

highly likely indeed. As Thor shouts "I knew it!" when Cap first wields Mjolnir, it can be inferred that his baffled look in the Age of Ultron scene meant he had more than suspicions​ about Captain America being worthy. Steve likely knew that as well, and only went for Mjolnir when the situation was as dire as it could be.

He is worthy enough to do so, but decided not to out of humility.

Here's the official answer, from Joe and Anthony Russo:

Anthony replied: “In our heads, he was able to wield it. He didn’t know that until that moment in Ultron when he tried to pick it up. But Cap’s sense of character and humility and, out of deference to Thor’s ego, Cap, in that moment realizing he can move the hammer, decides not to.”

This is supported in Endgame, when Thor says:

"I knew it" when Cap picks up the hammer.

28
How did Captain America manage to do this?
6
Who is worthy to wield Mjolnir?