How would a producer decide whether to use a real or "mock" site for filming?

I'm working on a screenplay that features a scene in Buenos Aires, Argentina. Specifically, the hero and heroine are shown walking around the capital's "Casa Rosa" (Pink House), which is the Argentine equivalent of America's White House.

Suppose this screenplay were made into a movie. How would a producer choose between constructing and filming a "mock up" of the Casa Rosa here in the U.S., or filming "on location" in Argentina?

There are many factors:

Computer-generated imagery (CGI) is also a cost-effective way to shoot scenes that appear to be in a specific location. Actors can be filmed in front of a green screen or a blue screen in a sound stage, and the environment can be added later. Sometimes part of the set is built for the actors to interact with, and part of the set is just a green screen (or blue screen). The green or blue screens will be replaced after shooting with what appears to be the rest of the location. In the image below, the actors are standing on concrete street, but in the finished film the green sections will have been replaced with city streets and skyscrapers. 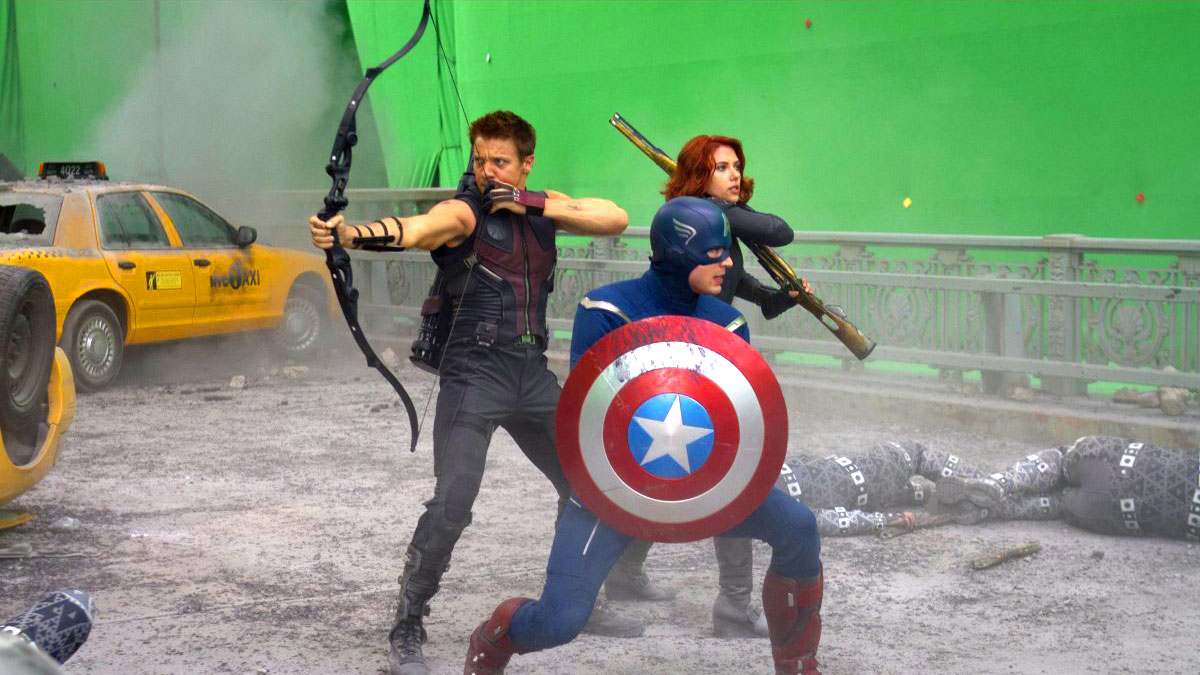 Not the answer you're looking for? Browse other questions tagged production film-location .

11
Did they use the real Farnsworth House for filming?
12
Do movie directors decide what poster to use for their movies?