Why was Gotham City moved to New York City in The Dark Knight Rises?

The Dark Knight was shot in Chicago. 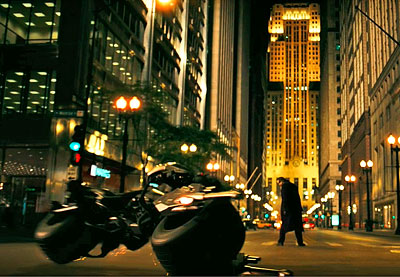 And so was Batman Begins.

But The Dark Knight Rises is clearly shot in New York City.

Why was Gotham moved to a new city for the last part of the trilogy?

From interviews with director Christopher Nolan, it would appear that the goal was to create a non-specific setting (the film was actually shot in Pittsburgh and LA as well as New York and New Jersey), that felt both "operatic" and real.

From an interview with James Rocchi at MSN Entertainment:

MSN Movies: You knew you were doing a third film. Is the pressure to do things bigger, better -- is that from the studio? Is it from the audience? Or is it that all from you? Are you the person saying, "Let's do more with this"?

Christopher Nolan: Well, I was trying to push filmmaking from the point of view of the audience. I'm trying to make a film that I would want to go see on a Friday night and lay down ten dollars or what have you and be thrilled and moved by or whatever. And that's what was the impulse, and so when you know you're dealing with characters the audience have a relationship with, you're asking the audience to come back to Gotham City. So you feel a huge creative responsibility to give them a reason to come back to Gotham City.

From an interview with Emanuel Levy:

Nolan offers, “When you look back on the films, you can see the world we’re living in reflected, but we don’t want to be specific about it. We just come at the stories from the point of view of what concerns us. What gives us fear? What gives us hope? What would require a hero of Batman’s stature to rise up in our world?”

And from an interview with Alex Tucker at TV-Film-News:

**‘The Dark Knight Rises’ magnifies and resolves the main themes of the trilogy, one of which is mythmaking, and the discussion of the Batman Gotham needs.

Christopher Nolan:** One of the things I’ve enjoyed about working with these characters is that they have the potential to be topical. And the reason for that is they’re not real. It’s not real life. You’re dealing with a heightened reality. You’re not dealing with Chicago or New York; you’re dealing with Gotham City. And that gives you a very interesting world to be able to play with in a very heightened way, in a very operatic way.

And some practical reasoning from the Chicago Tribune:

Chicago, don't take this personally, but: "The Dark Knight Rises," the first of Nolan's Batman movies not to be shot here, was wise not to shoot here this time. For variety's sake, sure. But also, a better reason: A quick shot of the Chicago skyline screams money and prosperity. A quick shot of Pittsburgh, where a lot of the film was shot, reveals working-class areas within yearning range of gleaming skyscrapers. You'd have to find a pretty wide lens before you could hold the poor of Chicago and the rich of Chicago within the same frame. True, in "Rises" the Manhattan skyline is liberally mixed in; all the better to play up the 1-percenters. (Still, two nods to Chicago do sneak in, sorta: Batman swings by a historic neighborhood named "Old Town," and those Gotham license plates are hilariously reminiscent of Illinois license plates.)

In Batman Begins, it was built mostly from scratch, but dark knight and dark knight rises,were filmed in real, existing cities like Chicago, New York, and London, England

Not the answer you're looking for? Browse other questions tagged the-dark-knight-rises film-location .

14
How much did Legendary Pictures' connections to the Pittsburgh Steelers really influence the production of The Dark Knight Rises?
2
Were the Gotham Rogue football team real football players?