Teaser trailer is out for Batman v Superman: Dawn of Justice

In this trailer we see that Ben Affleck looks old. His hair is gray from the side. Batman and Superman were created/introduced nearly at the same time.

Superman's first appearance was in Action Comics #1, published by National Allied Publications, a corporate predecessor of DC Comics, on April 18, 1938 (cover-dated June 1938).[26] In 1939, a self-titled series was launched.

Based on historical data from the Registrar of Copyrights, DC Entertainment recognizes that the world’s most popular Super Hero — Batman — was first introduced to the public 75 years ago on March 30, 1939, in Detective Comics #27.

Both are very close. But I assume Superman has special powers so he aged slowly. Thus they've aged differently. But when this story is based from the point of Batman, what age of Batman are they showing? Which comic are they following?

Can anyone refer me a timeline of this story from the point of Batman to understand his aging?

Zack Snyder (the film director) has stated that Batman v Superman would take inspiration from the Frank Miller comic, The Dark Knight Returns.1

The biggest deal was, Snyder brought out Man of Steel actor Harry Lennix (General Swanwick) to use his cool voice to read the following piece of dialogue:

Yup. Batman's speech from The Dark Knight Returns. Snyder said the movie won't be an adaptation of this graphic novel... but it will be inspired by it. The crowd lost their shit.

And in The Dark Knight Returns, Bruce Wayne is 55 years old, while Superman / Clark Kent appears to be in his 30s. Batman's armor in the trailer when he's facing Superman is also similar to his armor in TDKR.

This is the page in TDKR where the dialogue quoted above came from: 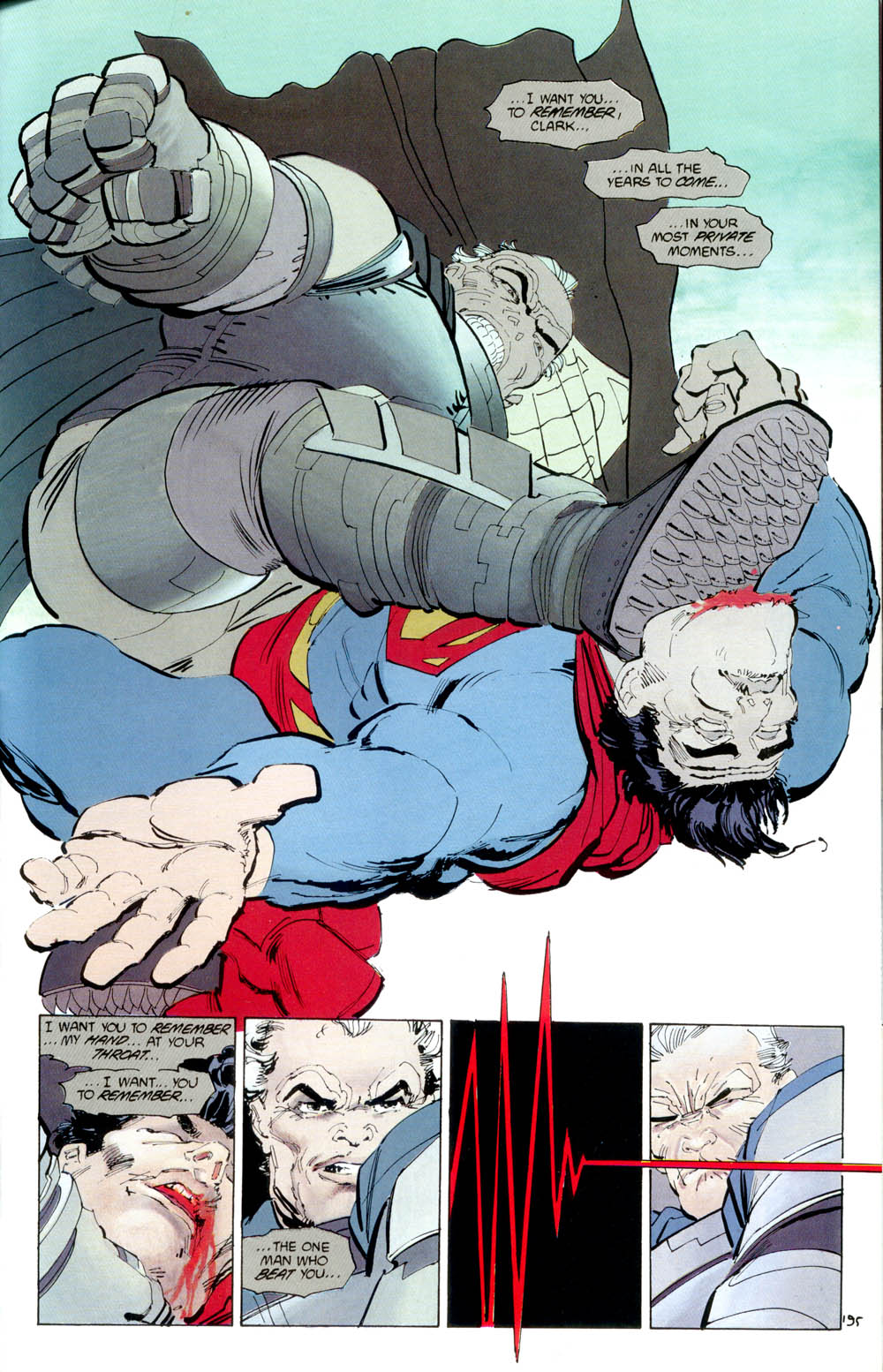 Zack Snyder also had this to say about Ben Affleck playing an older Batman compared to Superman 2:

Ben provides an interesting counter-balance to Henry’s Superman. He has the acting chops to create a layered portrayal of a man who is older and wiser than Clark Kent and bears the scars of a seasoned crime fighter, but retain the charm that the world sees in billionaire Bruce Wayne. I can’t wait to work with him.

2
Is there any mention of this conflict and fight in original stories?