Can someone explain the sequence of events in 'Primer'?

Primer is one crazy movie, as far as the complicated plot goes. Has anyone figured out the ACTUAL sequence of events?

Primer is a very complex movie and hard-to-impossible to understand in the first watching. This is due to the fact that we only see a small part of the actual happenings in the story, and the scenes are not in a chronologically correct order.

This is hard to spot, as the scenes seem to fit after each other, but sometimes they are reruns of a scene that is replayed by time travelling older versions of the characters, thus resulting in strange behaviour or dialogues.

One thing to look out for is the earpiece Aaron is wearing in some of the scenes. The Aaron from the future has recorded all earlier conversations, travelled back in time, replaced his earlier self and tries to recreate the dialogues this way, sometimes failing (e.g. in the basketball scene, where he misses the throw). So every time you see an earpiece, you know that this scene is not in chronological order.

I would recommend reading this very good essay, studying the timeline posted in OddCore's answer, and then rewatching the movie once or twice. It helped me understand the movie to a point where I can more or less tell what is going on.

Here you go. A picture depicting the 9 different timelines of the movie :) 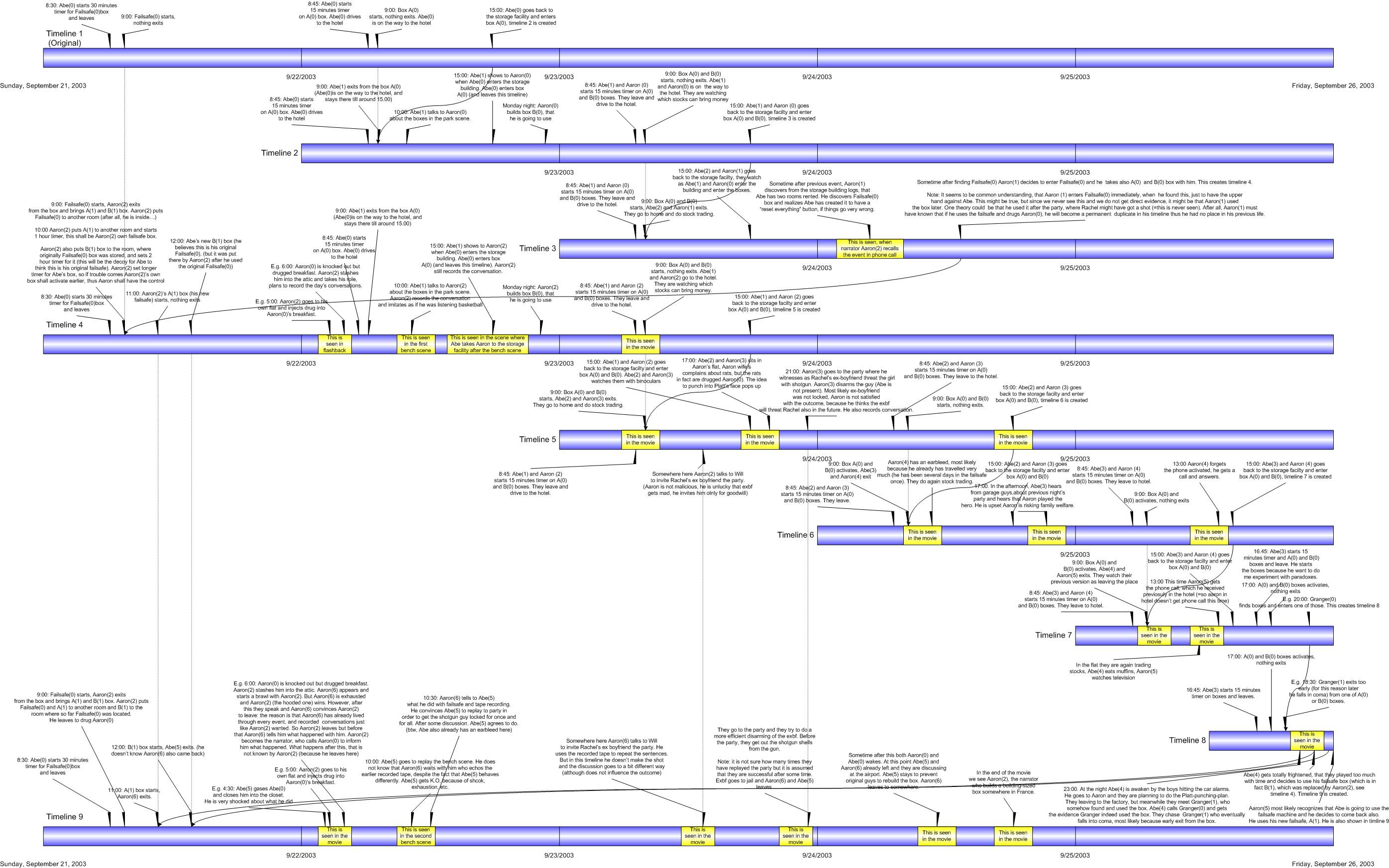 The easiest explanation I have yet found of Primer can be found in an article on a sci-fi/astronomy site:

Not the answer you're looking for? Browse other questions tagged plot-explanation primer .

28
What happened to Thomas Granger?

9
In Primer, did they really need to do the time travelling themselves?
9
Can someone explain the "dogfight" scene?
6
What is the sequence of events during the denouement?
9
Primer question to better understand the movie
11
Can someone explain the ending/themes in the 2006 movie "Bug"?
11
What do the owls have to do with the events of Twin Peaks?
2
What are the 'true events'?
4
Is the movie showing true events, or Lorraine's lies?