With higher-definition formats do actors with very bad vision have to remove contact lenses when their character isn't supposed to wear them, especially in close-up shots that would presumably make lenses easy to spot?

For medium shots and long shots, the viewer won't be able to see an actor's contact lenses. But for extreme close-ups, contact lenses could be visible on a big screen (especially IMAX!). 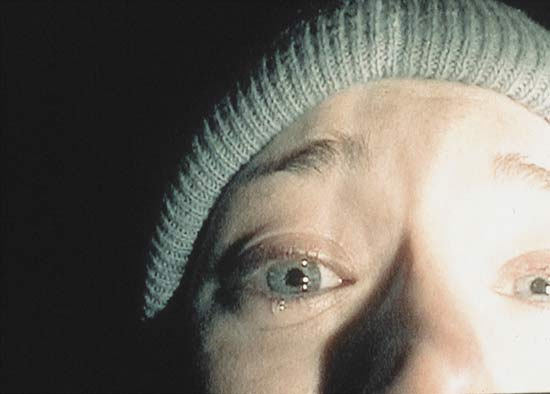 However, there is no reason an actor needs to wear contacts for closeups and extreme closeups. During those shots, they can ACT as though they're seeing what they are looking at. Between scenes, if they need to read the script (or a magazine or the ingredients of something they're about to eat), they can use glasses. And when they're shooting medium and long shots, they can just put their contact lenses back in if they want to. (There is plenty of time between shots while the crew is moving the camera and adjusting the lights and whatnot.)

If the actor insists on wearing contacts in a close-up shot even though the character shouldn't be wearing them, CGI can be used to hide the contacts during editing.

10
Actors acting the real actors inside a movie?
56
Do the actors really go nude in the shooting of the movies?
13
Why do they always close the eyelids of dead people?
54
How do actors make eye contact with CGI characters?
62
Why do mouse cursors never align with actors' hand movements (or always move perfectly straight)?
4
How do actors wear winter clothing in LA during outdoor simulated snow scenes?
0
Why do these shots from a 2005 Doctor Who episode look blurry?