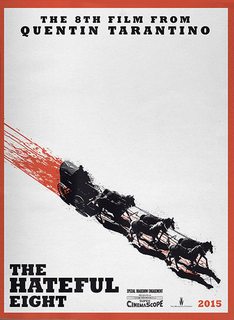 1
Why is The Hateful Eight billed as Tarantino's Eighth movie?
3
Is it a coincidence that Tarantino’s eighth film has “Eight" in the title?