How does Batman complete the Joker?

Here's an extract from the epic Christopher Nolan movie "The Dark Knight".

Batman: Then why do you want to kill me? 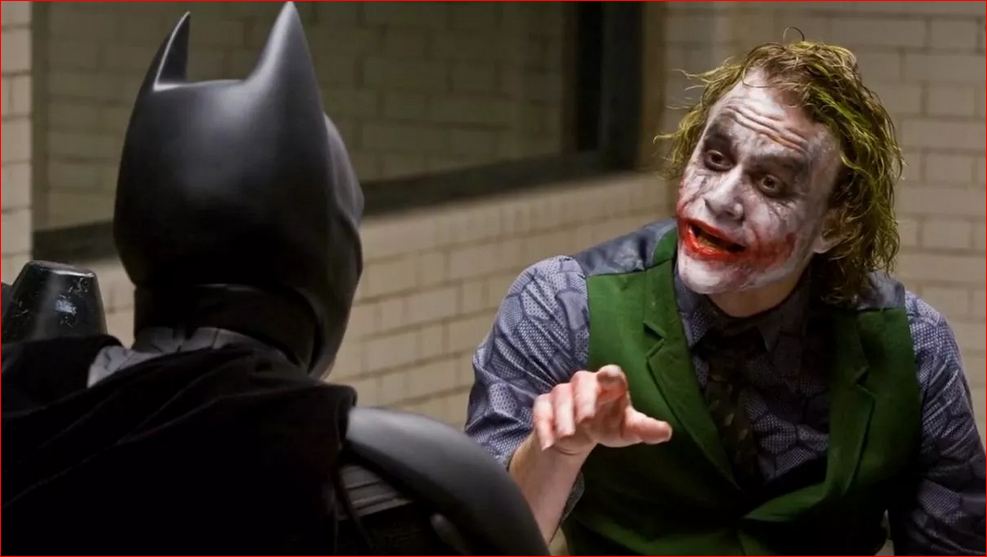 But how does Batman complete the Joker?

The Joker sees Batman, his nemesis, as the other half of an immortal coin. So long as they are alive and engaged in conflict, they both have a purpose in life.

The Joker loves chaos, and eluding Batman. Without Batman there's no fun in creating mayhem because it's just too easy and the regular police force is no match for him.

Both of the previous answers for me have summed it up nicely. The whole conflict between Batman and the Joker is largely due to the theme DC has toyed with a lot and that is the two characters essentially being responsible for the other.

Tim Burton used that theme in his Batman movie which I can't say I'm a big fan of even though I think the actors are superb in the roles. That story in itself is based off Alan Moore's 'Killing Joke' graphic novel which tries to establish the Joker's origins being the result of Batman incapacitating him during a robbery. The Joker falls into madness and finds himself enjoying crime as a way to exact revenge in a twisted way as Batman will not kill his foe yet he aims to remove crime in Gotham but the Joker will not stop his crusade for chaos and will continue to commit crimes for Batman to deal with.

Nolan's film seems to play on this with the whole thing about Bruce telling Rachel he'll give up Batman when the city no longer needs Batman but the Joker on the other hand believes they are destined to do this forever. In a strange sort of way the Joker has no purpose without Batman and Batman has no purpose if there are no crimes to prevent of which the Joker is largely responsible for enacting and setting up. In 'The Dark Knight' Nolan shows that the ordinary criminals fear to so much as even go out at night let alone commit crime with the Joker pointing out they are holding a business meeting during the day out of this fear.

Essentially the Joker's comment about Batman completing him is down to that he's an intelligent psychopath who enjoys having someone who can at last challenge that intelligence and as he says later on he won't kill Batman because he's just too much fun. The Joker has stepped up because he wants a challenge and he won't back down because he enjoys what he is doing to much and his purpose is basically to torment Batman and cause chaos in Gotham. To me it stands out that if Batman stopped or was killed the Joker would become meaningless he would not have a counterweight to his insanity and crime on the level that he commits would become as pointless as ripping off mob dealers he may want to watch the world burn but he has a sadistic need to torture Batman with his schemes without Batman to torment what point would the Joker have he stepped up to the Batman as a challenge but if he succeeded he would essentially become Megamind he would cause chaos but become bored because he doesn't have someone who will challenge his insanity.

44
Why does Christian Bale change his voice when playing Batman
60
Did Batman break his one rule?
12
Why does the Joker always use a knife?
10
Why doesn't Batman kill?
7
How did Joker survive the blast in the jail in The Dark Knight?
15
Did Nolan deliberately do the Joker fall scene in reverse to Burton's version?
9
In The Dark Knight, does the Joker know who Batman is?
4
Why did no one stop Joker from burning money?
2
How did the Joker plant bombs in the hospital?
6
Do the previous Batman movies adhere to Batman's rules?