I've watched a lot of movies in resent years and I certainly know about anamorphic and non-anamorphic presentation of picture on DVDs but still there're some DVD editions that have black bars on all four sides around the picture, like this: 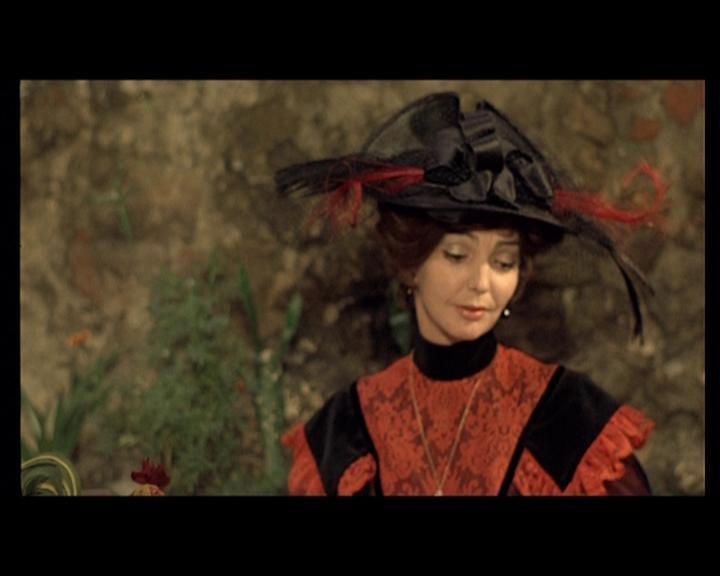 I guess that it has something to do with the resolution of the transfer from the analogue being smaller than DVD resolution, but why have not they done the transfer resolution to exactly fit the DVD?

I'm guessing that movie has an odd aspect ratio, but when mastering it for DVD or BD it needs to fit inside either 4:3 or 16:9.

Coinciding with the growth of DVD-Video has been a sharp increase in the popularity of widescreen displays. These were originally marketed for use with the nascent HDTV systems, but the relative lack of HDTV programming up to now has meant that most are instead bought by those seeking enhanced DVD viewing. Because these sets can use more vertical resolution with letterboxed and pillarboxed transfers than their standard 4:3 counterparts, DVD-Video includes a provision for "enhancing" raw images to use vertical video information that would once have been wasted. This enhancement allows widescreen-ratio titles to display with sharply increased resolution on widescreen displays; however, with 1.66:1 titles (like all widescreen ratios less than 1.78:1), it can only be employed at the expense of both reduced resolution and wasted display area on traditional 4:3 sets. The wasted display area shows up in the form of "windowboxing," where black bars appear not only at the sides of the image, but at the top and bottom as well.

The article explains the issue at length and shows the various possible solutions, illustrating them at length.

I can't find the aspect ratio of Dog's Heart, but I expect the same issue will be present there.

In addition to the technical issues when an aspect ratio which is between 4:3 and 16:9 is rendered as 16:9 and then shown on a 4:3 set, another reason some older movies have borders on all four sides is that while historical projection practice used to be to project an image slightly smaller than the screen, thus showing the nearly the entire frame of a movie (to allow for imperfections in film advancement, the top and bottom were usually masked slightly in the projector) modern practice often favors projecting all the way to the edges of the white screen, with some of the frame either landing on the black border or missing the screen entirely, and thus being obscured in either case.

Consequently, modern projection routinely crops out part of the picture on the film, and the exact amount will vary depending upon projector adjustment and focusing. A similar thing happens when material is shown on CRT television sets. Because television set calibration has historically varied considerably with temperature, and because it would be irksome to sometimes have significant black borders but sometimes have one or more sides with no border, television sets are adjusted so that even when the image is at its smallest it will reach all the way to the edges of the screen. As a consequence, many television sets will crop out a noticeable amount of the picture.

To deal with uncertainties in projection or display, modern films are shot using what's called a "safe zone", and view finders are marked with two nested rectangles. The outer rectangle indicates what will be captured by the film or video, and directors should keep anything which shouldn't be seen by the audience outside that area. The inner rectangle indicates the part of the frame that audiences are "guaranteed" to see when using any properly-calibrated setup--any theater or television set which would obscure part of the inner rectangle should be deemed to be out of calibration. Directors generally ensure that anything which is interesting should be within the inner rectangle.

Because older films were shot without regard for a "safe zone", it's not uncommon for them to include significant details near the edge of the frame. When mastering such films to DVD, it is necessary to either risk having that material be invisible to some viewers, add borders on the screens of other viewer, or perhaps compromise by adding a small amount of border on all sides of the stored image which would be larger than the amount of image that would get cropped by most television sets, even if some television sets might still crop it a little bit.

14
Why are some movies still shot in black and white or sepia?
20
Why is it that most movies seem to be created in cooperation with some unknown studio?
6
Why does the Underworld team release their movies exactly with 3 years gaps?
15
Why are two such similar movies being made at the same time?
2
Why Are Some Movies and Television Shows Still Being Cropped (Pan and Scan) To Fill a Television Screen?