Why did Murph's brother and his wife refuse a doctor for their son in Interstellar?

Did it signify anything? I thought that maybe it signified that there is an anti-science movement because of the blight. The brother certainly seemed to dislike his father and sister's scientific pursuits.

Early on in the movie, there is the establishment of society's norms, which include a comprehensive emphasis upon agriculture and not only a disregard, but an admonishment of intellectualism and professions beyond trades. During Tom's parent-teacher conference, his aptitude for farming is made apparent by his unsatisfactory marks. Furthermore, the recordings sent to Cooper state that Tom is embracing farming, which is the standard for society at that point. As such, Tom's complete acceptance of society's norms include a disposition to repel the practical application of science and medicine.

They didn't. I don't understand how anyone who saw this movie still thinks that Lois rejected medical assistance. 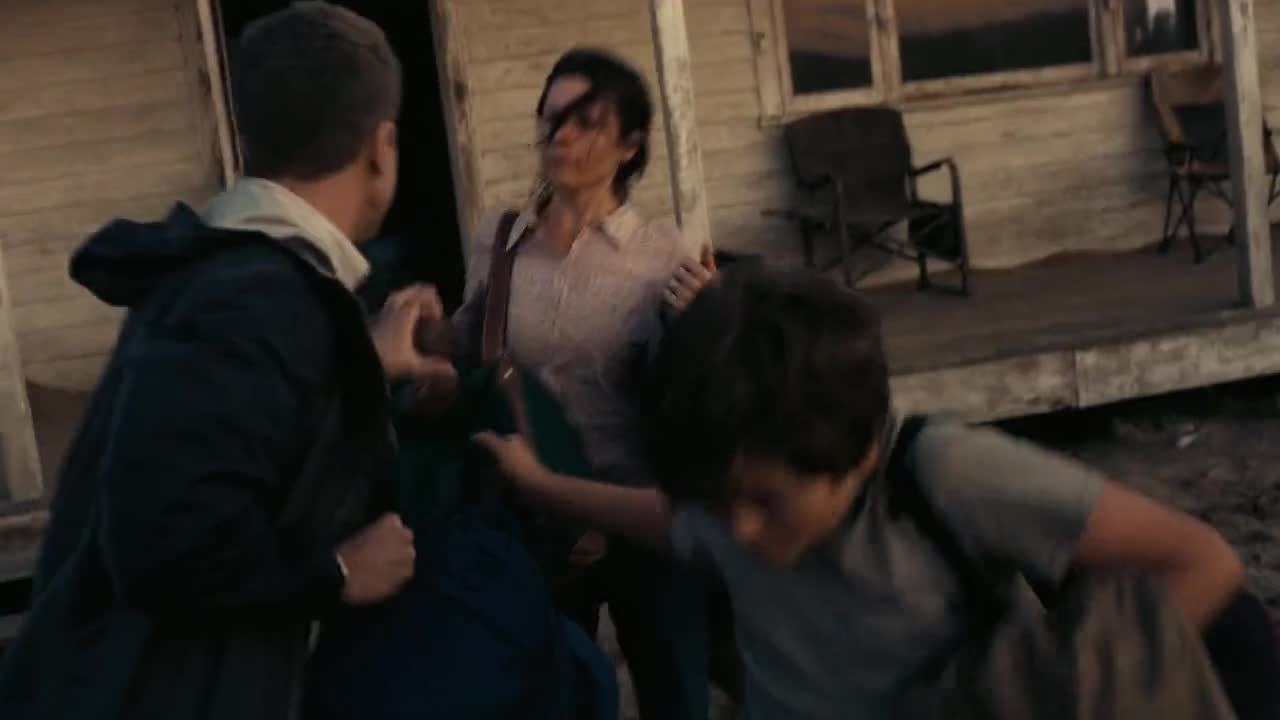 That right there. That's Lois and her son moving rapidly to get into the jeep, with the doctor.

So anyone who wants to argue about how they were rejecting modern society or accepting the fate of the dust is wrong. This issue was far more simple than that.

The scenes play more to the automatic rejection of everything that Murph would bring into the house. Lois knows how Tom will not want anything connected to Murph and the scientists brought into their home.

Those scientists had taken their father away from them, and had proven (to that point) to have failed at saving the planet. Murph, having taken up the mantle from a different direction with the same people, only served to remind Tom of what he had lost, and what he thought his family faced. Anything Murph brought with her would automatically also be connected to that same pain.

Lois knew this. She wanted the help for her child, but she knew it would be rejected by Tom because of Murph. This is why she was willing to leave with Murph and the doctor. She wanted her son to live, and she wanted to hope that something could be done. Only by breaking free of her husband and his misguided oppression could she succeed in getting that help.

This is discussed (at reasonable length) in the film's novelisation. In short, it's not made clear why he's averse to medical help being brought, but Murph herself has a few theories; That it would be an admission of personal failure, that he'd have to admit that the Earth was doomed, that he's become indoctrinated by the anti-science forces seen at the start of the films, etc.

Apologies for the quote length.

“We may have something for that,” Tom said, as he and Coop started to take the dishes into the kitchen. As Coop took Murph’s plate, he began coughing—an awful, deep-chested cough.

The boy must have seen the concern on her face, because he started grinning at her.

“The dust,” he told her. Like it was nothing. As if being sick was just part of it these days, like a stubbed toe or a bloody nose. Normal childhood stuff no one could do a thing about.

Was that how Tom saw things? He might. Otherwise he would have asked her if she could do anything. Even if he didn’t really understand what she did, he knew she had access to science and medicine that most folks didn’t.

“I have a friend who should have a look at his lungs, Lois,” she said, as Tom and Coop went into the kitchen. Lois nodded, and seemed about to say something when Tom came back in with a bottle of whiskey and sat down. Murph frowned briefly, but didn’t say anything. Outside, she saw clouds of dust, rolling across the twilight plain.

On the drive back, churning across the same battered road she traveled with her father all those years ago, Murph wondered about Lois’s reluctance to discuss the idea of Coop seeing a doctor. Was she afraid Tom would see it as some kind of concession—an admission that he couldn’t provide everything his son needed? Or worse, would it force him to admit—to himself as much as anyone else—that things were getting worse?

But it wasn’t just Coop. It was getting worse for everyone, she knew. More people were getting sick—and staying that way. What had happened to Nelson? It was Tom who didn’t want to talk about that.

Projections showed that respiratory ailments were on the rise both in number of the afflicted and the severity, and dust was only part of the problem. Elevated nitrogen levels were taking their toll on human health, as well—directly and indirectly. In the seas, excessive nitrogen was causing widespread algae blooms and huge pockets of hypoxic waters, especially in shallow environments where reefs had once thrived. That, added to the climatic changes that had shifted major currents, was driving the greatest marine extinction since the Permian period—which was to say in the history of the planet.

Once the seas were dead, or mostly so, it would only be a very brief matter of time before what was left of the terrestrial ecosystem crashed. Life itself wasn’t in danger—bacteria, for instance, would continue to thrive. But an environment capable of supporting human life? That could be numbered in less than a handful of decades. Maybe. If they were lucky.

Not that most people knew any of this. If you listened to the news, things were just about to turn around. “Any day now.” Only she and a relative few others knew the truth. Without plan A, everyone on Earth was going to be dead in a generation. Two, at best.

She had spent all of her adult life dealing with the big end of that, with trying to save the race. But here she was at the other end of things, watching her nephew hack up his lungs. What if Coop, like his brother Jesse, didn’t survive long enough for plan A to begin?

She didn’t have to let that happen, whatever Tom did or didn’t believe. She could do something about it.

I think that Tom simply reached a point in his life where he believed there was no viable future for him or his family. Essentially he felt that it would be better to let his family die sooner from a disease rather than later through starvation.

10
Why did Cooper chase the drone across the field when food is so scarce?
6
What is the meaning of this reaction given by Lois?
5
Who was Getty and why was he hostile towards Tom?
3
Why does Tom not want to leave even if his son is dying?

36
Why did Arya refuse to end it?
6
Why did Ted Beneke refuse Skyler's money?
9
Why did Frankie Marino kill Nicky Santoro and his brother with such confidence
12
How did Michael know that he would join his brother for sure?
3
Why does Tom not want to leave even if his son is dying?
9
Why and how did Cooper suspect that Amelia Brand had intimate feelings for Wolf Edmunds in Interstellar?
31
Why did Michael Corleone not forgive his brother Fredo?
22
Why did they go to visit the first water planet in Interstellar?
10
In Interstellar, why did NASA hold Coop away from his daughter when he first was brought into the NASA facility?