I've seen this happen a few times but the one with the most notoriety is the South Park episode "Trapped in the Closet". That's the episode where they basically make fun of Scientology.

Both because of Scientology's litigious nature and the fact that some of the things in the episode come from copyrighted Scientology materials of contentious origin (namely Xenu), they end the episode with Stan taunting Scientology to sue him 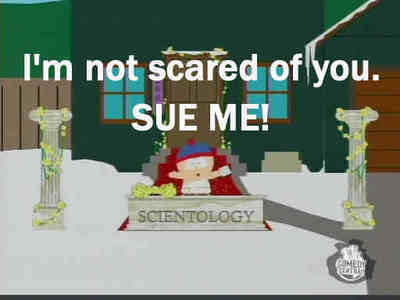 Followed immediately by the closing credits, where every single name is either "John Smith" or "Jane Smith" 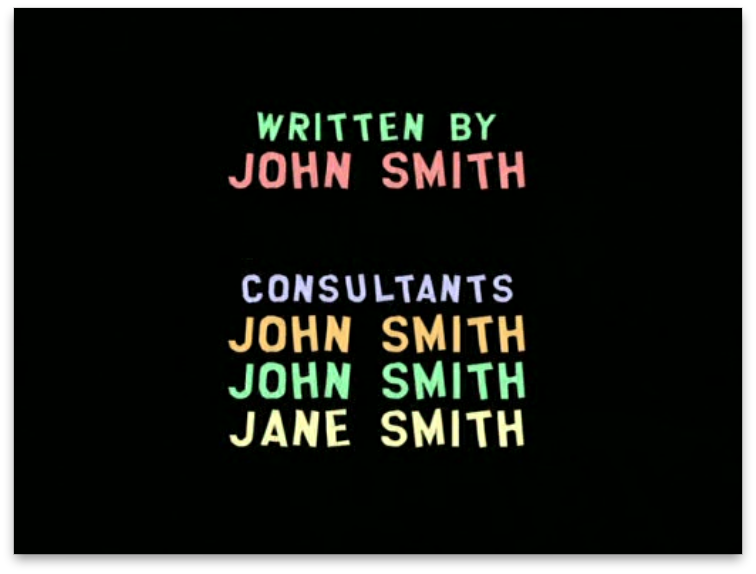 Part of the gag here of course is that Scientology can't sue the makers of South Park if they don't know who they are. Even Matt Parker & Trey Stone's names are replaced.

As far as I can tell the Church of Scientology has never pursued any legal action against the creators of the show or Comedy Central outside of just generally not being a fan of the episode so either it worked as a legal tactic or Scientology didn't want to keep it in the limelight any more than necessary.

Ultimately your question is a legal one--and as many of us are not practicing lawyers (or representing ourselves as one), I cannot attest to whether there is any legal protection.

However, I believe the gag they are aiming for is less "you can't sue whom you can't identify" and more trying to introduce humor in the irony of juxtaposing "I'm not scared of you" with anonymity.

Consider Tony Stark in Iron Man 3 when addressing the Mandarin. He very cockily expresses who he is and where you can find him--which exemplifies his lack of fear of repercussions.

Contrast this to South Park where similar sentiments are conveyed "I'm not scared of you"--but then hides names behind John and Jane Smith, which exaggerates their fear of repercussions.

As a legal question, that would depend on the jurisdiction and the laws therein.

In the US, one would have to consider a variety of things to make this a winnable case:

But note that in this particular context the fake names have nothing to do with protecting the creators. It's simply a joke.

Not the answer you're looking for? Browse other questions tagged credits south-park legal .

14
Is it legal to cut off the credits when showing a movie on TV?
3
How are fake reality shows not false advertising? And if they are, why do they get away with it?
25
Why aren't the songs from a TV show credited in the end credits?
2
Why do these 4 names appear before the cast in the closing credits?
3
Why are some names briefly replaced by "… Groot" in the final credits?
4
Why do movie credits scroll from the bottom to the top of the screen?