Was there a specific meaning behind each child in Willy Wonka and the Chocolate Factory?

Just curious if each child stood for some specific evil or something. I feel like Augustus Gloop stood for Glutony (his name even has some similarity), but can't quite put my finger on the other kids. Or, was there some other meaning behind each child?

It has certainly been argued in some quarters that the children (and a few other character constitute the Seven Deadly Sins:

Now, whether Dahl intended these representations to be read is another matter. I would argue Dahl simply wanted each child to be "bad" in their own way, with Charlie being our hero.

Interestingly, he originally drafted over 10 other children to be in the Chocolate Factory, before settling on the five above. Some pages from one of his manuscripts in the Roald Dahl Museum and Story Centre show his "fourth draft" of the novel's characters: 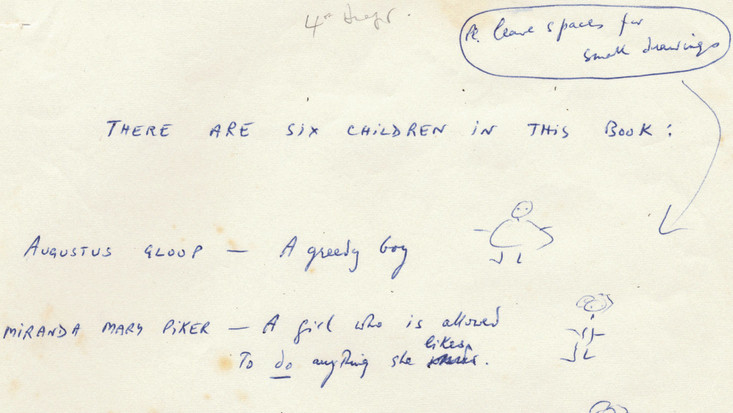 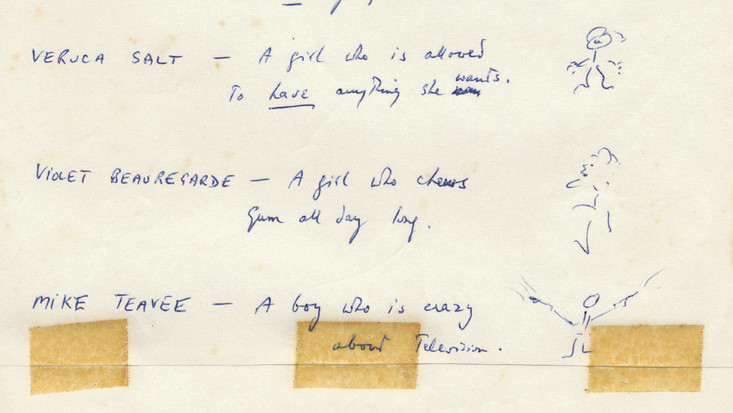 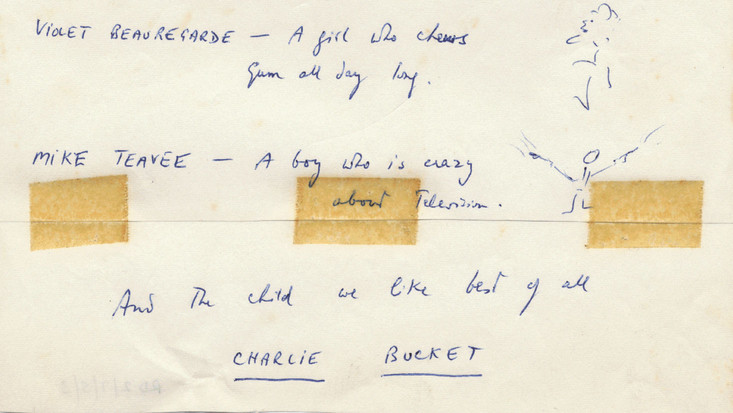 Given that there don't appear to be any interviews where he suggests links between this and the Deadly Sins or other representations of evil, it seems likely that he felt they were simply fun bad characters, who all had interesting flaws that would make for a good story.

OOOH! I think I got them all... and it's based on their last names:

Notice that, in each of these cases, their parents are as much the problem as the kids are.

Catija♦Catija
26.2k22 gold badges103103 silver badges111111 bronze badges
8
|  Show 3 more comments
0
Want to improve this post? Provide detailed answers to this question, including citations and an explanation of why your answer is correct. Answers without enough detail may be edited or deleted.

I've watched this film many times, so I'm pretty sure that Augustus Gloop is Gluttony, Violet Beauregarde is Pride, Veruca Salt is Greed, Mike Teavee is Sloth, Charlie and his grandpa Joe are Lust and Envy respectively, and Willy Wonka himself is Wrath of course. They kind of live the Seven Deadly Sins.

Not the answer you're looking for? Browse other questions tagged character willy-wonka-and-chocolate-factory .