Why do they go to the toilet and put the hose in it to breathe?

I remember in the first test, where the dorm room's flooded, they all go to the toilet and put the hose in it to breathe. They explained too quickly, could someone explain how it works?

Here's my poor understanding of household plumbing. Normally, your toilet (and sink, shower...) drains have a "trap" which holds a little bit of water in order to prevent the sewer stink from coming up the hole. The top of the vent pipe usually goes up to the top of the building and vents to the air (this is sometimes why in high winds, the toilet water level can bounce around). 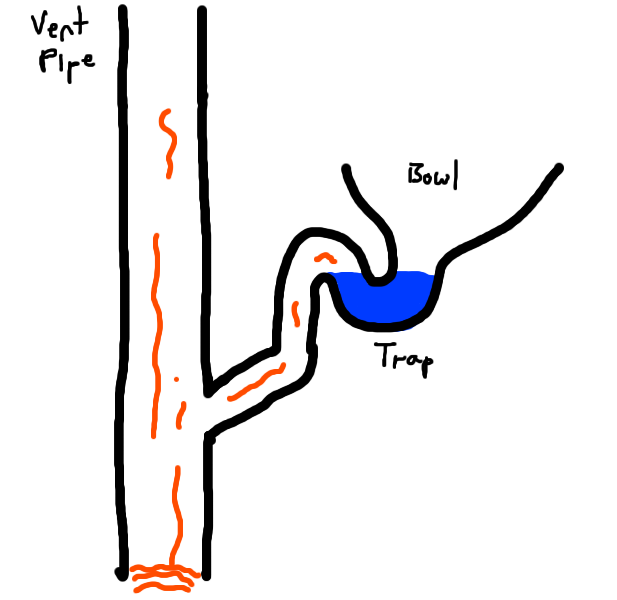 Lets say you flooded the room. What would happen is that the water would rush in to the bowl as fast as possible, likely removing all air until the pipe opens up significantly, probably in the main sewer pipe. Getting just beyond the trap is pointless: 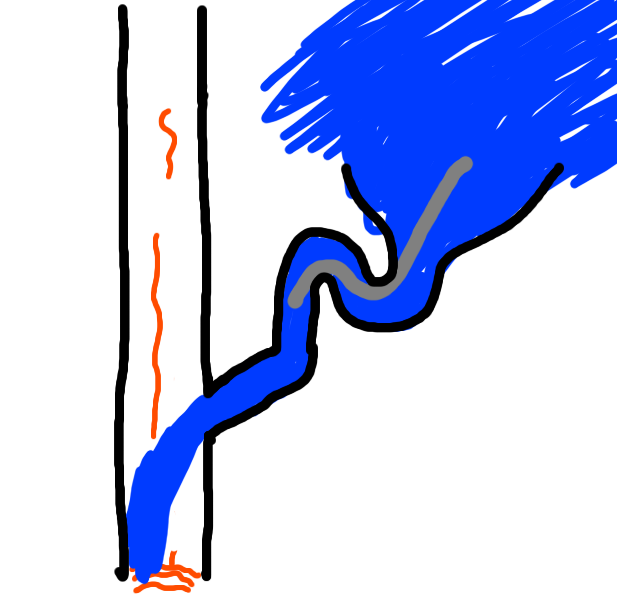 But if you got all the way to the main pipe, and out from the stream of rushing water (tricky) you'd be OK-ish (you're breathing possibly stank air, but that's better than no air) 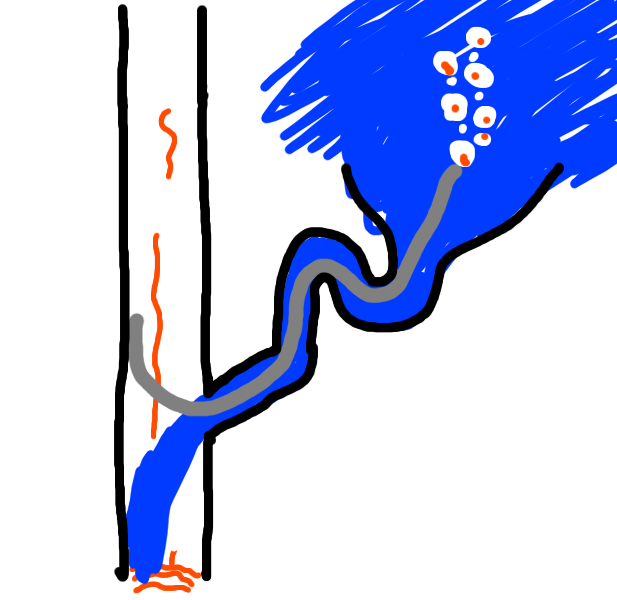 Perhaps a slightly more realistic scenario would be if the room was filled with a toxic gas, in that case getting just past the trap would be OK. 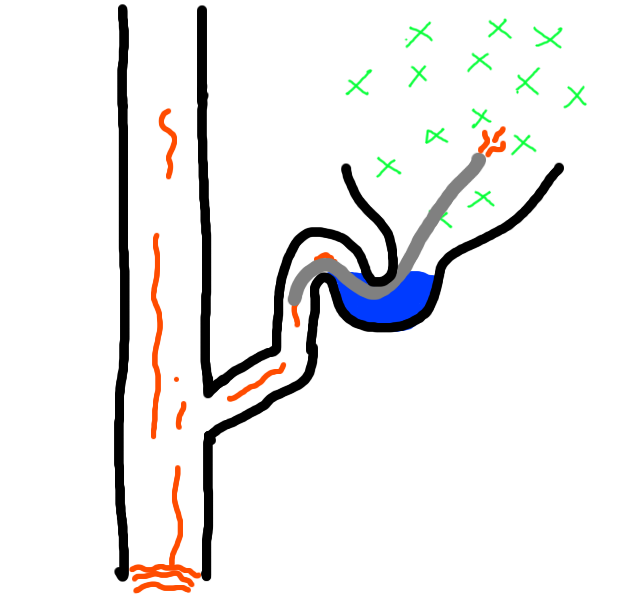 When they all crash through to the other room, one of the Kingsmen (can't remember who) tells the recruits that if they can get a pipe through the "U-bend" in a toilet, they have an unlimited supply of air.

What they're referring to is is a special type of piping "trap", often referred to as a "P-trap". The purpose is to leave a bit of water in the pipe that leads to the sewage line to provide a seal, in order to prevent the smell and potentially deadly/explosive fumes from creeping up through the toilet and into the room/building.

The idea if if they could snake a flexible pipe through the trap and up the other side, they have an air supply that will allow them to breathe for pretty much however long they need. However, given the bend is designed to prevent foul or even deadly fumes from entering the room, the safety or effectiveness of this method is highly dubious.

The fantastic idea, to breath from sever, came from here. This is in the same category, as breathing from car tyre. In both, the air is not simply just stinky.: http://totallyabsurd.com/toiletsnorkel.htm The situation of the original idea is not matching with the presented situation the movie. Theoretically, they can wait, until the water very slow flushed away by the several water closets, connected to one flush.: http://timesofindia.indiatimes.com/entertainment/english/movie-review/Kingsman-The-Secret-Service/movie-review/46382579.cms?tabtype=trivia But they can't breath from horizontal connected roman/commode style toilets. Also not possible: -the water with that flooding speed, is very noisy and have effect to the room temperature -the test room situated in a pool, no everyday wall can resist that pressure and thight -the observer room has to have bulletproof glass, against the pressure -hitting anything underwater, have very reduced momentum -the gym room size volume of water disappear through the observer room, this needs minutes anyway and a second pool, under the pool -the recruits we're so shocked, that nobody tried to give bare-hand CPR, or revive the fallen recruit, but they will be hostage saver agents -the fallen recruit was not fallen And this is a main spot in the movie, which was a cartoon.

Not the answer you're looking for? Browse other questions tagged plot-explanation kingsman-the-secret-service .

21
Why does Skyler put down a towel underneath her feet in Ted's house?
3
Why doesn't John Spartan know how to use the 3 shells?
25
Why did Zod ask for Lois Lane to come on their spaceship?
4
Why did the mission control go down?
3
Why didn't the dragons leave their lair earlier?
0
What is the meaning of phone conversation between Lee and Ron?
2
Why does Orochimaru put cursed seals on people?
12
How did they establish connection with outside the building in La casa de papel?
8
Why do some Atlanteans need water breathing suits?