What's the story of the other mole in the police department?

The Departed is 9 years old now, but SPOILER WARNING anyway.

At the end, Costigan is shot by Trooper Barrigan, another mole in the Boston Police Department, who is subsequently shot by Sullivan.

Who is Trooper Barrigan and have we met him before? In particular, was he the guy who organised the cameras at the microchip raid and failed to put them in the back, facilitating the gangs' escape by water?

We meet Barrigan for the first time at the police academy. To quote from various dialogue and directions in the script (remember, Colin = Matt Damon):

POLICE TRAINEES. (INCLUDING BARRIGAN, who is included in all Colin's trainee scenes). COLIN is in the class, wearing a trainee's uniform. He has a notebook, a pen. Writing.

Colin: Fucking firemen are getting pussy for the first time in the history of fire. Or pussy.

COLIN sits on a bench looking at THE GOLD DOME OF BEACON HILL. The terraces of fine townhouses. Aqueous golden light behind. Misty golden beauty.

Barrigan: What are you looking at? Forget it. Your father was a janitor, and his son's only a cop.

Colin (not vainglorious, but innocently stretching for the idea) You're in trouble if you're "only" anything.

Barrigan: Don't tell me I'm looking at the first dickhead-American president of the United States.

Their dialogue actually creates humourous situations at times, such as this moment:

Colin: I don't mind going it alone. If you could go it alone you might get somewhere yourself.

Colin: I know you're a worker. I might be able to do something for you. You got any suits at home or you like coming to work looking like you're gonna invade Poland.

Colin obviously, at this point, has no idea that Barrigan is a mole (and ends up inviting him onto his personal task force).

So, to answer your first question, yes, we had met him before.

As to your second question, the honest answer is we just don't know. There could have been even more moles in the department who did that. Perhaps Barrigan did it. Perhaps someone else arranged it. We simply don't know. Your question is logical given his duplicity but is ultimately unanswered.

In response to your comment, no, the man Alec Baldwin pushes up against the wall is not Trooper Barrigan. He is simply a camera technician.

Man pushed up against the wall is just in front of Alec Baldwin here: 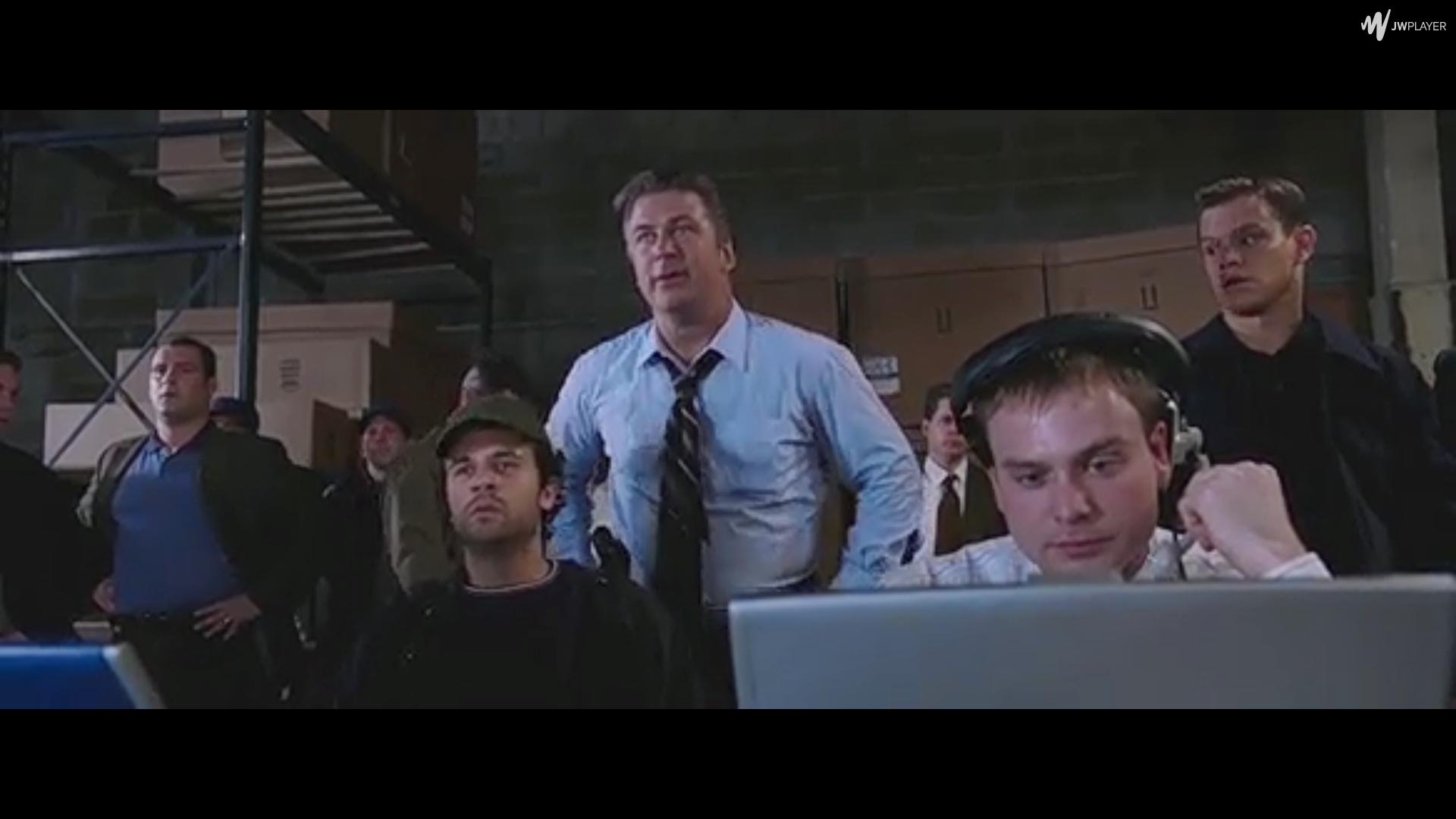 So definitely not the same person.

Yes, you've met him before:

Costigan has a friend throughout training called Brown (important later). And, in keeping with the symmetry of the two lead characters that continues through the film, Sullivan has a friend who will become his partner, Barrigan (also important, naturally). There is a football game that the cops lose to the firemen, and Sullivan can't stand losing and calls the firemen homos, among other things. Barrigan tries to talk to Sullivan after the game a little personally, but Sullivan only remarks again on the firemen being homos.

When Sullivan graduates, Barrigan remarks that Sullivan's on the fast track already, heading towards the division of the police that's undercover. Barrigan asks if Sullivan will go out to celebrate, but Sullivan has spotted Costello and goes to speak to him.

We see Sullivan at a crime scene looking over the bodies of the two dead mafia men. Sullivan's friend Barrigan joins him. Barrigan and Brown will be part of Sullivan's personal task force.

Not the answer you're looking for? Browse other questions tagged plot-explanation character the-departed .

21
Did the FBI know about the mole in the police department and did they interfere with the investigation?
9
How does Ethan know that Phelps is the mole?
14
How does the title fit in the context of the story?
8
Why does Ron Swanson work at the Parks Department?
17
What's in the package which Billy gives Madolyn in The Departed
1
What's the background story with Joe Buck and Annie?
6
What's the story between Bourne and Nicky?
2
Why would the Disease Department unleash a disease when there could have been other ways to control the population?
0
Why did police hang the boy in the story Fagin told Oliver?