Why did the hair on the corn work?

In the 2014 film Into the Woods, Rapunzel's hair did not work because the Witch had already touched it (presumably during her imprisonment/upbringing in the tower).

I heard something about "But I compared it to corn" and I assume they found some other hair on the corn but why should this hair work and not the hair the Baker's Wife had cut? Furthermore, how could the Witch not have known that her own "daughter's" hair was the ingredient she needed?

The exact hair ingredient they needed was "the hair as yellow as corn", which is why they compared Rapunzel's hair to the corn.

The ingredients they keep chanting throughout the movie/musical:

The cow as white as milk.
The cape as red as blood.
The hair as yellow as corn.
The slipper as pure as gold.

Why did the other hair work? It was corn silk. If you have ever had to remove the husk from an ear of corn, you'll notice there is a layer of golden-yellow to white hair-like fibers between the husk and the corn. This is known as corn silk. 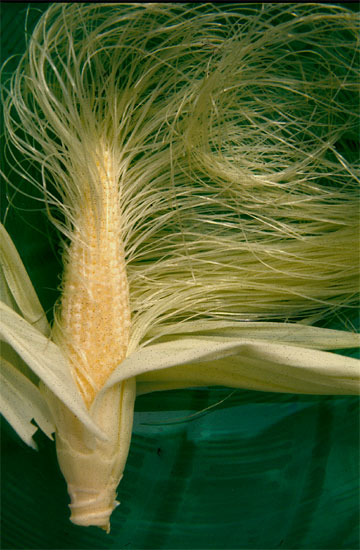 Since it is a part of the corn, it's just as yellow as corn.

As to why the witch never realized Rapunzel's hair was the ingredient, " hair as yellow as corn" is essentially a type of blonde. Surely there was more than one blonde in the entire kingdom. Also when it's something you see every day, you tend not to notice the possible importance.

Not the answer you're looking for? Browse other questions tagged into-the-woods .

2
What happened to the Witch?
1
Did the Baker and Cinderella get married?
3
Why does time stop when Cinderella steps on the black pitch?