Why does 'M' miss the Cold War?

In Casino Royale, M is visibly angry and upset after Bond blows up an embassy. She mentions missing the Cold War, in the quote below. What about the Cold War does she miss? 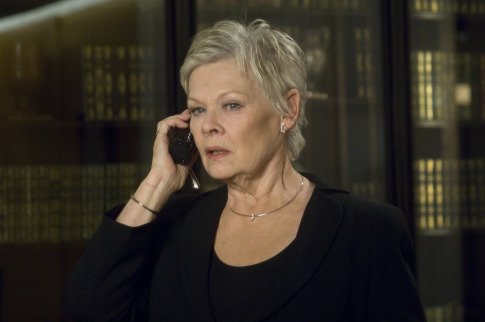 M: Who the hell do they think they are? I report to the Prime Minister and even he's smart enough not to ask me what we do. Have you ever seen such a bunch of self-righteous, ass-covering prigs? They don't care what we do; they care what we get photographed doing. And how the hell could Bond be so stupid? I give him double-O status and he celebrates by shooting up an embassy. Is the man deranged? And where the hell is he? In the old days if an agent did something that embarrassing he'd have a good sense to defect. Christ, I miss the Cold War.

It is a little joking throwaway line, but I think it directly relates to her earlier dialogue, when she says

In the old days if an agent did something that embarrassing he'd have a good sense to defect.

That might be what she is missing in this particular situation, a way for Bond to easily "dispose" himself without making MI6 any further shame. If she really means that serious, though, is another question.

In general, I think she longs for the days when things were still easy. Back in the olden days, the matters were pretty clear cut. You knew who the good guys were (you) and you knew who the bad guys were (the others). It wasn't a large diplomatic and bureaucratic mumbojumbo like today and in the same way nobody asked what MI6 did, since everyone knew it was necessary to have a stand against the "evil" communists. That's what she's missing I think, the times when MI6 had a clearly defined and "righteous" purpose and when there weren't too many questions asked about its workings, which is all reflected in the dialogue directly before this line, I think.

(This whole problem and MI6 being "out" is also a major motif of Skyfall and reflected in this disciplinary hearing M has to attend, as well as in the general aging theme of the movie.)

I think it has to do with technological advancements. M is "Old Skewl", and in the day of the Cold War there weren't cameras everywhere. As such, you weren't held liable for everything you did and news didn't travel as fast.

Bond comes along and he's like John Gotti was the the Mafia; he's brash and open and somewhat careless in his approach. And he's doing this in an age where it's even harder to get away with being clandestine because cameras are capturing every little move you make, and people are asking questions they wouldn't have asked 30 years ago.

Not the answer you're looking for? Browse other questions tagged james-bond casino-royale .

11
How does Bond know that Le Chiffre is bluffing?
29
What does the "keep the fruit" term mean in Casino Royale?
18
What is the REAL password for Bond's account?
10
Is Miss Moneypenny's character altered in the movies?
4
How did LeChiffre know the tracker was in Bond's arm?
8
Why doesn't Vesper give Bond the additional $5M?
4
Why does Felix Leiter introduce himself to Bond, who should already know him?
22
Why does blood seep from the eye of Le Chiffre in Casino Royale?
6
Why does James Bond win when he goes all-in in Casino Royale?