What do the scars on Brad Pitt's back mean in Fury?

In Fury Brad Pitt had scars on his back, which seem to be from a whip. How did he get these scars when he was in the Army and what does it show? 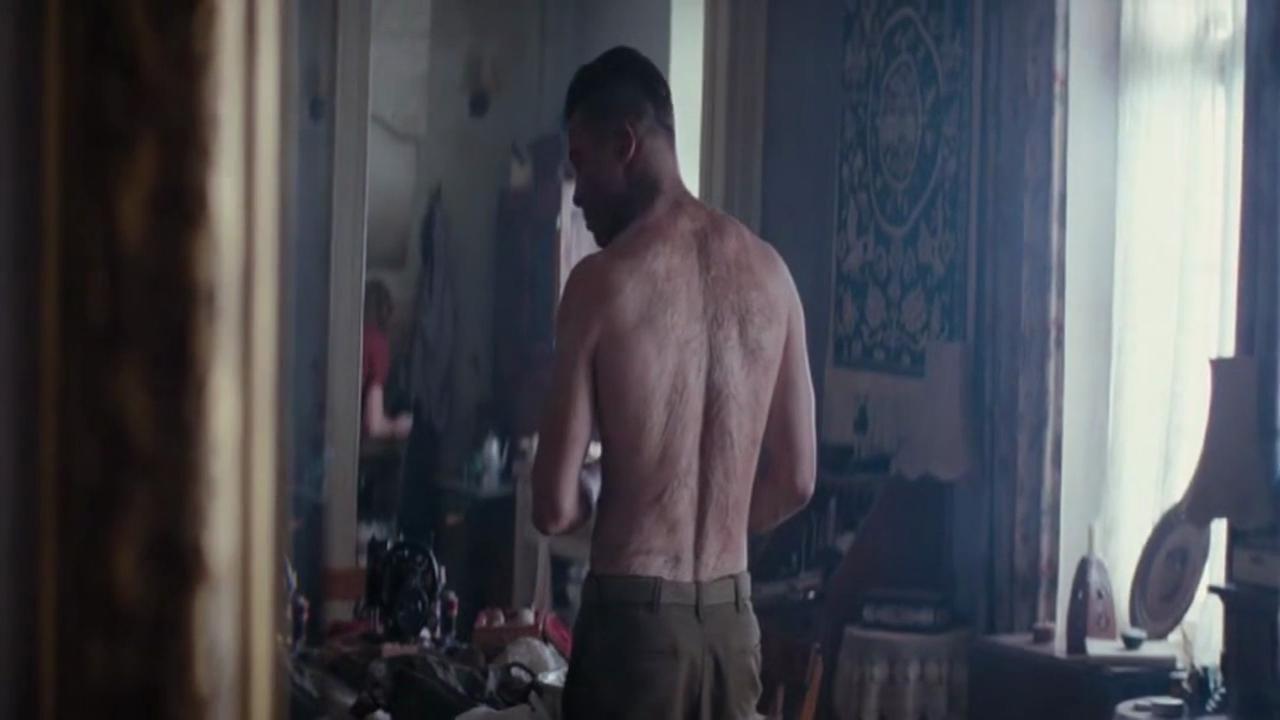 From what I'm seeing (in my search) it seems that in the movie the backstory behind those scars is left a mystery.

Minor spoiler, Norman finds out WarDaddy has some pretty bad burn scars on his back. Normal movie exposition would almost demand Norman ask him about this and for Brad Pitt to give a treaty eyed story as to its origin. Then something great happens, he doesn’t ask him about it all! Why would Norman need to ask, he has only known him for a few hours, and what could he possibly say that he didn’t get from looking at the scar itself

However this was not always the case, apparently. In the original screenplay, according to this article at Medium.com (the draft script was originally available at imsdb.com and the listing is still there but the script appears to have been removed), Wardaddy does give an explanation.

The script’s version of Wardaddy isn’t just psychotic, he’s also got one of those cliche tortured pasts. He tells his young crewman Norman all about it.

Wardaddy says that his mother was born in a town “somewhere around here” in Germany. Now we know why he speaks German. He explains how he got those hideous scars on his back. See, before the war, Collier dated a girl named Rose. She was “pretty like one of those old paintings.”

But Wardaddy liked to drink. One night, he took Rose and his kid brother—who looked just like Norman—to a county dance. He then “drank two bottles of nickel whiskey and got in a punch-up at the dance with this big Indian.”

He knocked the big man out with an empty bottle and fled with his brother and Rose. At this point, Norman interrupts him.

“I’m not your bartender,” Norman says. “And I’m not you pastor. You don’t need to tell me this.” But Wardaddy can’t help but confess.

Wardaddy was drunk. He flipped the truck. It caught fire, scorching his back. His little brother and Rose died. The judge told him to join the Army and die for his country.

“Best advice I ever got,” Wardaddy says.

Not the answer you're looking for? Browse other questions tagged plot-explanation character fury .

16
What does the ending of The Tree of Life mean?
82
What is the real reason for the Joker's scars?
17
Why did Fury (2014) end this way?
2
What was Brad Pitt's character's motivation to not take cover in Fury?
4
What is Max's background in Mad Max: Fury Road?
8
Brad Pitt's weapon in Fury
11
What do the bumps on Killmongers body mean?
1
What are the scars on Jack's back?
14
Why didn't Nick Fury expose the villain's identity and plans?