Why was the FBI involved in the international events of The Jackal?

FBI only has jurisdiction on US property and soil (domestically, embassies internationally).

In the movie The Jackal, what was the FBI's involvement with the Russian murder investigation at the beginning of the movie? Why where they, and not another organization with international jurisdiction, the organization involved?

The raid of the nightclub in Moscow was a joint operation betweent the Russian Ministry of Internal Affairs (MVD) and the FBI.

And looking at the FBI's real word examples (see below), such an operation doesn't seem to be completely unrealistic.

The FBI does have offices around the globe (including Moscow): 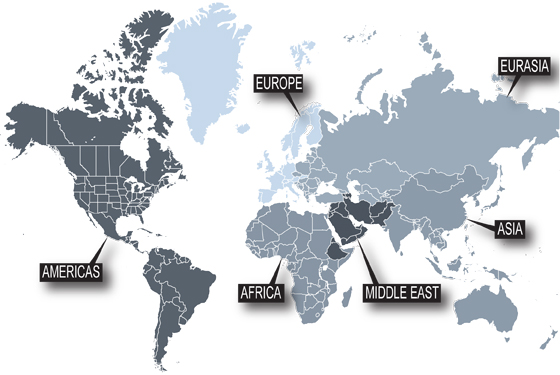 Today, we have legal attaché offices—commonly known as legats—and smaller sub-offices in 76 key cities around the globe, providing coverage for more than 200 countries, territories, and islands.

Each office is established through mutual agreement with the host country and is situated in the U.S. embassy or consulate in that nation.

Through the years FBI agents, analysts, and other personnel overseas have made major contributions to solving cases, disabling worldwide terrorist and criminal networks, bringing fugitives to justice, and ensuring the safety of global events.

Well, right from the first scene of the movie, we have seen the whole theme was a joint investigation by the Russian MVD and American FBI. Now the rule is FBI is made to

protect and defend the United States against terrorist and foreign intelligence threats, to uphold and enforce the criminal laws of the United States, and to provide leadership and criminal justice services to federal, state, municipal, and international agencies and partners. It performs these responsibilities in a way that is responsive to the needs of the public and faithful to the Constitution of the United States.

But to achieve that mission, they might need help from other countries. The FBI cannot arrest a person in a sovereign country, but any country can cooperate with the FBI with their own forces in an investigation and in catching criminals. In Jackal, we have always seen that the Russian MVD have accompanied the FBI in searching for Jackal right from the very start. This continued in Montreal. So the FBI was never alone. Rather it was a joint venture which is practical.

But one thing I would like to cite from the FBI's official site:

How accurately is the FBI portrayed in books, television shows, and motion pictures?

To that FAQ it stated:

Any author, television script writer, or producer may consult with the FBI about closed cases or our operations, services, or history. However, there is no requirement that they do so, and the FBI does not edit or approve their work. Some authors, television programs, or motion picture producers offer reasonably accurate presentations of our responsibilities, investigations, and procedures in their story lines, while others present their own interpretations or introduce fictional events, persons, or places for dramatic effect.

Now make out something from it!

Not the answer you're looking for? Browse other questions tagged the-jackal .

8
What substance does The Jackal spray onto the door handle?
4
Why do Declan & Carter Preston rush to Isabella's house when they find an FBI access code?