Is Jeffrey involved in the virus plot or just the animal-release plot?

I love 12 Monkeys and have seen it a dozen times. Still I can't figure out if Jeffrey Goines is working in conjunction with redheaded scientist to destroy mankind, or if Jeffrey's only plan was to let all the animals out of the zoo.

At one point Jeffrey's father says he has stepped up security in the lab to prevent any trouble with the virus, and Jeffrey says "too late," suggesting Jeffrey indeed is involved with the virus plot and knows it is already in motion.

Releasing the animals could be a secondary part of the virus plot -- perhaps a distraction or a way to jump-start the return of the animals' dominion over earth. But the movie seems to leave room for the possibility that Jeffrey was only interested in releasing the animals and was unaware of redheaded scientist's actions. Which is it?

It is clearly stated in the movie that Jeffrey Goines was not part of the Virus plot. The sole culprit involved with the Virus plot was Dr. Peters (played by David Morse).

If you watch the film again you might note that Dr. Peters has an apocalyptic view of things and when he gets Kathryn Railly to sign her book he makes a comment that causes her to remember his face. This is evidenced by her recognising him from a photo where he is pictured with Dr. Leland Goines. 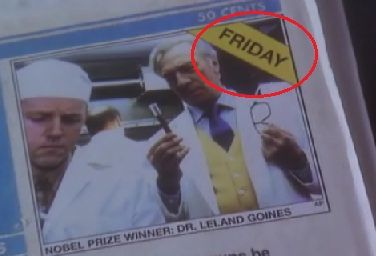 Jeffrey's rant about "germs" when he first meets James Cole and the fact that his father runs a facility that creates (and studies) viruses can easily be taken as reasons why James assumes that it was Jeffrey who released the viruses on mankind.

The scientists, that send James Cole into the past, believe that the Army of the Twelve Monkeys is responsible for the virus release because of the "We did it" claim made in the city where the initial virus release has been determined, but this is just coincidence as the claim was related to their releasing of the zoo's animals. 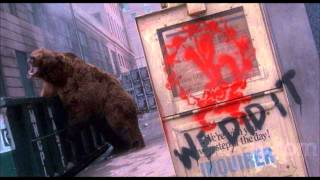 These two links are video clips that support my answer:

Jeffrey simply is not involved in the virus outbreak. But because of the spread of Army of 12 Monkey's messages, and their promise to cause some chaos, the virus outbreak [possibly the reason] is linked to them. It was in fact, the lab scientist who propagated the virus to every corner of the world.

In 12 Monkeys, James is introduced to Jeffrey in the mental institution. James is researching the "Army of 12 Monkeys" to find out about the virus outbreak. During their time together, James lets Jeffrey know about the crazy plan to put the virus out over the world. Years later, when James finds out that Jeffrey leads the Army of 12 Monkeys, Jeffrey is surprised to learn that James is accusing of planning the virus outbreak. He exclaims that he has heard such a crazy thing only from James himself (during their time in the mental institution). Jeffrey is simply an anarchist, and lets the zoo animals on street. It is his fathers lab worker who causes the virus outbreak. He has access to the virus, since he works at the lab. When James calls Jeffrey's father, his father assures him that the security at the lab is tight.
There are two possible implications:

After pondering this question obsessively, I agree with the conclusion that the other respondents find obvious: Jeffrey was not involved in the virus plot. However, my conclusion is based on two pieces of evidence not yet mentioned.

First is a seemingly throw-away line uttered by one of Jeffrey's henchmen in the pivotal scene where Leland Goines has been kidnapped. The henchman jokingly says "if you guys get caught... I've never seen you before in my life." This line feels unnecessary at first, and probably wouldn't fit at all if the henchman was involved in a plot as serious as killing humanity with a virus. But the line would make sense as a way to show the audience that Jeffrey's plot is the much-more-mundane releasing of zoo animals.

Second piece of evidence comes from the following excerpt from the production draft of the script, which made it obvious that Jeffrey did not know of the virus. Of course, in the actual movie, this dialogue is significantly different. But after much deliberation, I'd guess the revision was not intended to change Jeffrey's role, but just to make the reveal less blatantly obvious than originally written here (and that his revised comment "Too late!" was just his insane mind not understanding what his father was talking about):

LELAND: I took myself out of the loop! I don't have the code anymore. I don't have access to the virus. So, go ahead -- torture me, but you can't extract anything of use to yourself.

The ACTIVISTS are all exchanging puzzled looks.

LELAND: She knew about it, Jeffrey. She knew you were going to try this.

JEFFREY: What virus are we talking about, Dad?

JEFFREY: You "develop" viruses and you're calling me insane? Typical. What does this virus attack? Don't tell me, you sick fuck, it doesn't matter. (to the others) Have I ever "developed" a virus? Do I put helpless animals in cages and measure their reactions to electrical stimuli? Do I inject radioactive substances into living creatures and examine their bowel movements? Wow! And I'm crazy!

LELAND: Please tell me, Jeffrey, what exactly are you going to do? I don't have to tell you I'm afraid.

JEFFREY: THIS IS A FUCKING EXPERIMENT! YOU'RE OUR HELPLESS LITTLE TEST ANIMAL, DADDY. GOT THAT? NOW -- WHAT FUCKING VIRUS HAVE YOU COME UP WITH, YOU DEMENTED FUCKING MANIAC?

Although I would assume it was Dr. Peters, based upon the ending, when they show the face of Dr. Peters (David Morse) on the airplane with the scientist. There is a twist... look at one of the "remembered" flashback scenes from Cole. At about 40 minutes into the movie the flashback scene is at the airport from young Cole's eyes, it shows the man spreading the virus with the suitcase in his hand running through the airport. When he turns his head he has a long mane of hair but his face is that of Jeffrey (Brad Pitt) not Dr. Peters (David Morse). 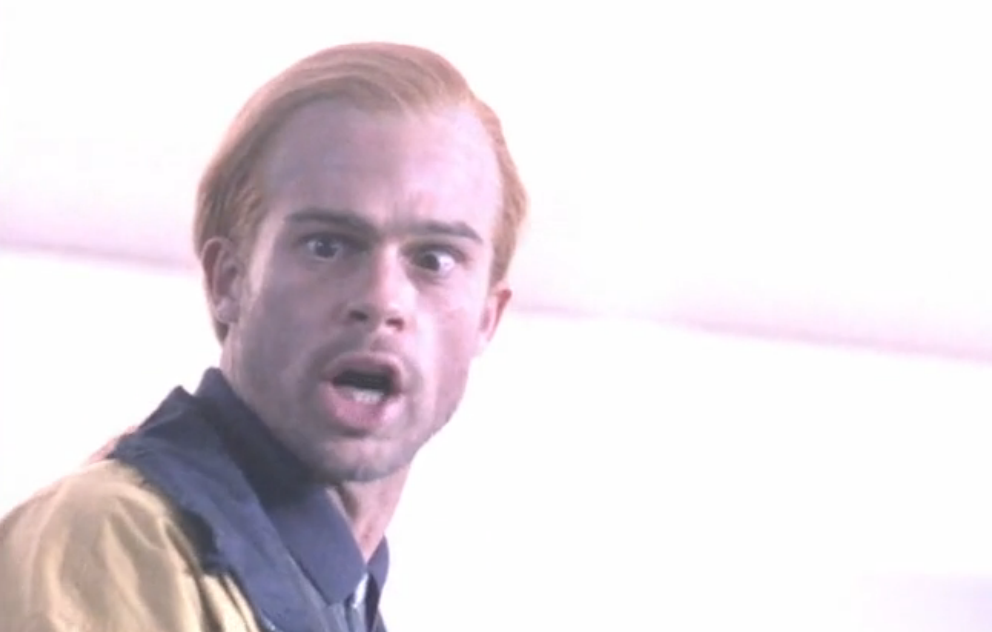 So the question is... Was that scene only done to show the psychosis in Cole's mind and his imagination that he saw Jeffrey releasing the virus instead of Dr Peters? Or is it to leave us with a question?

I don't think so. I think the change in script is more indicative of a clever change in the plotline by Gilliam. I think it was probably an alternate ending that he decided would actually lend the movie a deeper, subtler, and more mysterious twist. Why replace a script indicating that Jefferey wasn't a part of the virus distribution with a scene containing vague hints that he was: 1. "Too late!". 2. "I'm not crazy."-spoken with a sense of deeper meaning, followed by a change in Jeffery's lunatic-having-fun attitude and a serious, distant look. Also, it only makes sense that henchman wouldn't know about the plan. The virus was a seperate more serious attack he developed after his departure from the 12 Monkeys gang and decided he needed access to his father's lab(his sudden change of attitude towards the need to experiment on animals.) It seems he found a kindred spirit in Dr. Peters, or possibly he was the influence in Dr. Peters interest in the apocalypse. Gilliam is famous for his subtlety, highly interconnected and layered plotlines.

Actually my dad once explained that animals might live longer and travel further on land leaving the virus on everything. So actually "freeing the animals" could have been incremental in almost "wiping out mankind" when we had 6.5 billion people and 5 or 6 billion die.

11
Why is the shooter involved in the plot against the country?
6
Is the Santa Clarita Diet virus only bloodbourne?
4
Was Tywin Lannister involved in the murder plot?
1
Why does the scientist inject himself with the virus?
25
What about the virus in 12 Monkeys?
2
What happened to the virus that scanned for insecurities?