I was at the Grand Canyon last week and did a tour of the west rim. During the tour, one of the guides pointed to the bottom of the cliff and there was (what appears to be) a mangled up car that is all rusted. The tour guide said that the car was pushed over the cliff for a scene in a (1960s?) movie. He didn't say which one though and I don't believe it was for Thelma & Louise, as the car going over the cliff (which is supposed to be at the Grand Canyon) at the end is actually in Dead Horse Point State Park, Utah. I'm also not 100% sure that this is from a movie or a TV show. I have posted a picture of the car at the bottom of the canyon below (it is the thing in the bottom middle of the picture). Does anyone have any idea? 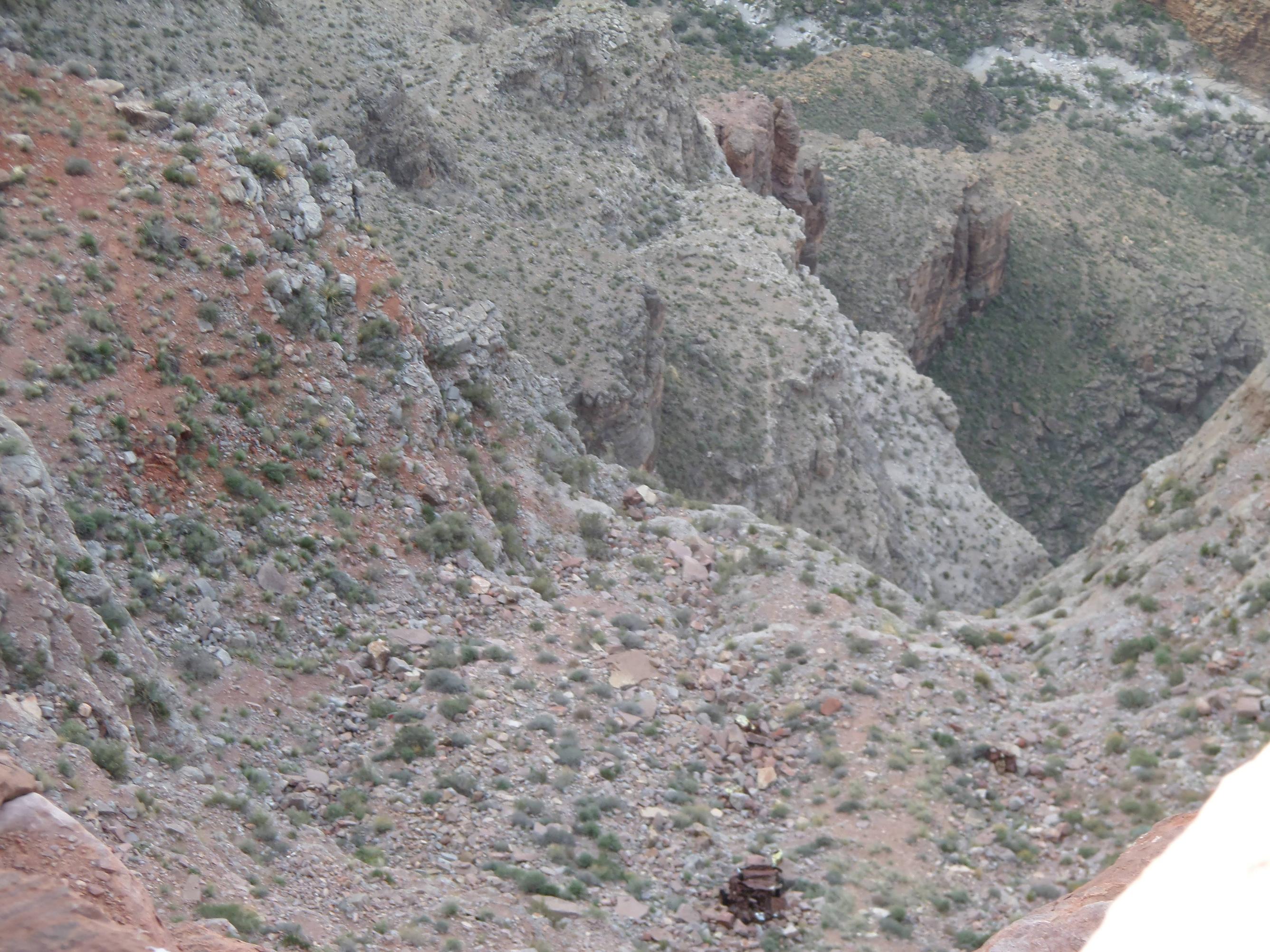 Here's a closeup of the car (if it helps): 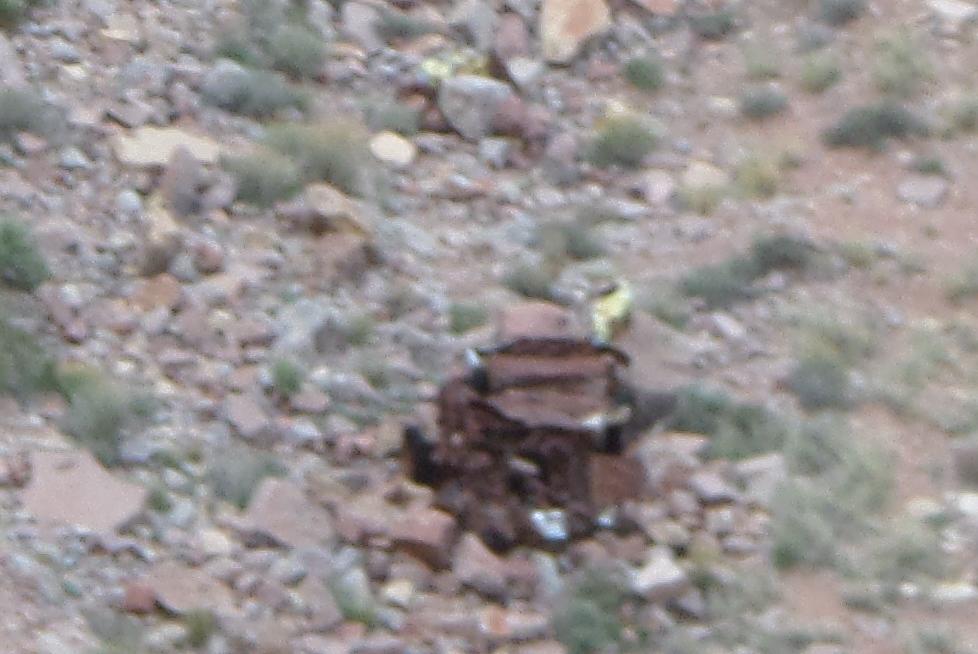 According to this site, Dar Robinson jumped a car off a ramp from a section of the canyon belonging to the Hualapai Indian Reservation (which is on the west rim) in 1980 for a reality television show called That's Incredible!. Apparently he couldn't get a permit for the stunt from the Grand Canyon National Park. The car wound up at the bottom of the canyon.