Where did they get all of the gum from?

When the Wyld Stallyons in Bill and Ted's Excellent Adventure have a breakdown in their time-machine, they just have all of their historical buds chew some gum and patch the antennae back together in a feat of extreme engineering that would make the Mythbusters proud. But where did they get all of the gum from? Never mind the ridiculous amount of it.

I don't expect an answer that explains the amount but it's definitely more than a pack. In a phone booth that is already packed to its limits like some kind of college prank, where did they get the gum to do the repairs?

Ted: Here is a treat to make our minor prehistoric pit stop a bit more enjoyable. 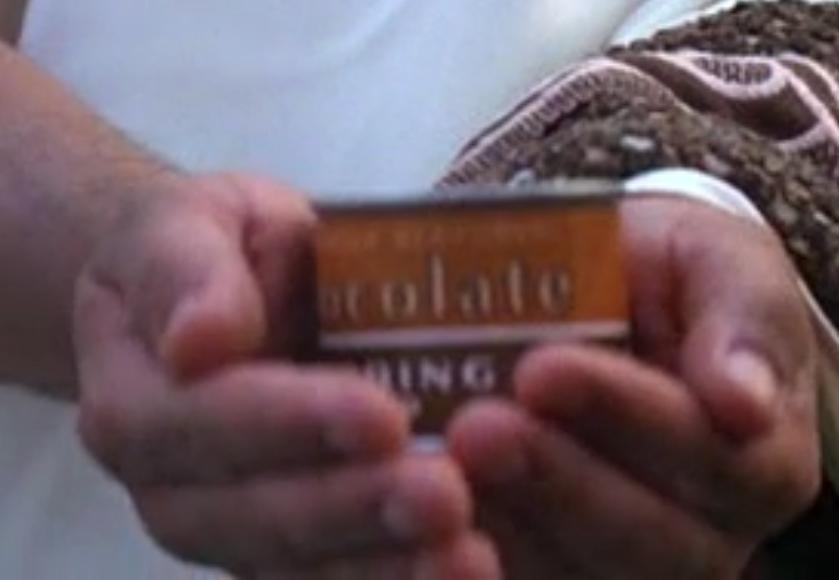 The fact that he has enough pudding tins to share is a fair indication that he is prepared with other treats as well and it isn't much of a stretch to imagine that an air-headed high school kid from the 80's would also have several packs of bubble gum in his backpack to share as well.

So where did they get all the gum? From Ted's backpack (which is indeed along for the already crowded ride), and likely before that, the Circle K.

The simply answer is a Deus Ex Machina. As with most movies when the hero needs a item (or knows just what to do) to save the day he/she/it will somehow have just the item needed.

Since we also have not only do Bill and Ted have a magical item, they someone have acquired cans of beans and franks. Also they have somehow acquired the knowledge to fix a future device.

Not the answer you're looking for? Browse other questions tagged plot-explanation bill-and-teds-excellent-adventure .

3
Why did they wait until after the report?
5
Where did Loco get the rifle from?
15
Where did Jesse get the ricin from?
2
Where do they get the power for drilling?
0
Where did Kale get the grenades from?
0
From where did Zion get air?
5
Where exactly did Wakanda get the Vibranium and how did they get this high-tech?
8
Where does the FBI get all its NZT?
4
Where did Donnie get the money from?