I read in a recent article on moviefone that there is a common technique of shooting scenes inverted (left is right and vice versa).

Apparently this was used in Star Wars to shoot a scene including Darth Vader, which causes his breast plate to be reversed.

Unfortunately I read the article on my phone and I seem to be incapable of finding it again. (If I do, I will link it here.) It didn't say anything about the purpose of this technique though. 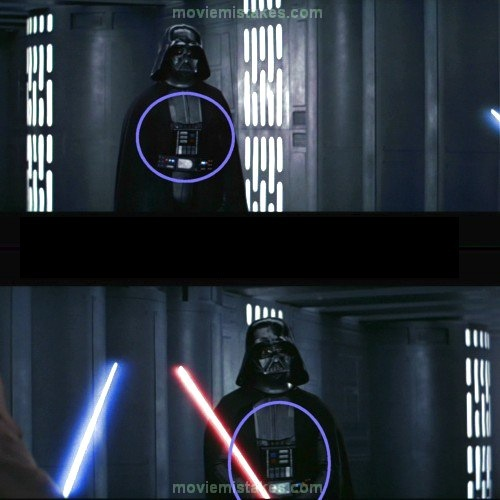 Star Wars (1977)
We guess Darth Vader's uniform is always messed up. When Vader (David Prowse) and Obi-Wan Kenobi (Alec Guinness) are fighting in the original 1977 "Star Wars," Vader's chest plate and belt buckle are on backwards. However, that was due to the entire shot being reversed -- a technique often used in movies -- as the light grates and walls in the background are also switched around.

Maybe the exact quote will help identifying this alleged technique and it's purpose.

This is something usually done in post production, usually because something is wrong with the shot that wasn't noticed/couldn't be remedied on location.

Often this can be lighting, with a particular persistence of direction needing to be maintained, and can sometimes be in order to crop out a blemish without sacrificing the framing of the shot.

The most common reason is maintaining the 180 Degree rule, which dictates that in order to spatially orient your audience you should never move the camera more than 180 degrees from your line of action. 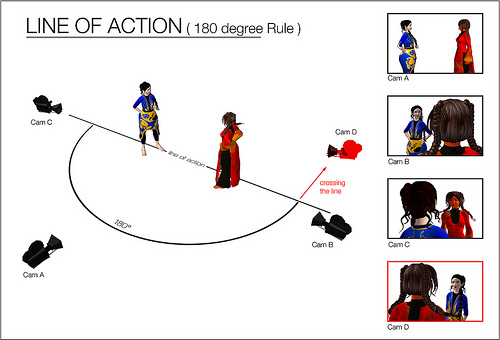 When breaking the 180 rule is necessary (sometimes walls and other non movable set pieces can cause obstructions or movement impediments, an easy solution is to shoot from the other side and reverse the shot.

As you yourself have noticed, this is largely undesirable as unless everything in the scene is symmetrical, it creates a noticeable mirror effect.

There are no 'advantages' to doing this, it's typically just a way to rectify an error without having to re-shoot.

Perhaps it also allows the same set to be used multiple times whilst giving the impression of it being a different location. I could imagine the Star Wars scene you mention lending itself to this quite well - grey corridors with occasional lights. When shot from approximately the same angle but with one scene reversed in post production it may give the illusion of being a different part of the same facility. This is not founded in any genuine knowledge, its just an idea.

Not the answer you're looking for? Browse other questions tagged film-techniques production star-wars .

41
Why was Prowse chosen to play Darth Vader?
48
Why did three actors play Darth Vader?
22
What made Lord Vader stay with Palpatine after he'd killed Padme?
3
Why does Luke let Darth Vader kill the Emperor?
5
Contradictions in Star Wars about advocating pacifism?
8
Was the plan ever for Chewbacca to speak English (or Galactic Basic)?
9
What is the reason that Obi-Wan lied to Luke by telling him that Darth Vader killed his father?
6
Why did Darth Vader not try stopping the space shuttle at the end of Rogue One?
3
Why do we almost never see footage of actors later fired from a production?