What was the Chinese man's role in the attempt to kill Bill the Butcher?

What was the Chinese man's role in the plot to kill Bill the Butcher in Gangs of New York? There are various scenes where Amsterdam is talking to the Chinese man in charge of the venue where the natives hold their annual celebration of The Priest's death and it is apparent that the Chinese are willing to help.

Amsterdam: The chinks hated the Natives even more than the Irish.

Also, prior to Amsterdam unsuccessfully killing Bill, Amsterdam looks over to the Chinese and he has disappeared, presumably taken by Bill's men.

So what was his role in the plot to kill Bill the Butcher?

Although, I found no direct remarks or a mention of what specific role did that Asian play in the first plot of Amsterdam to kill Bill The Butcher,but through these scenes, we can come to a conclusion.

I did not find any uploaded videos so created a screenshot in order. 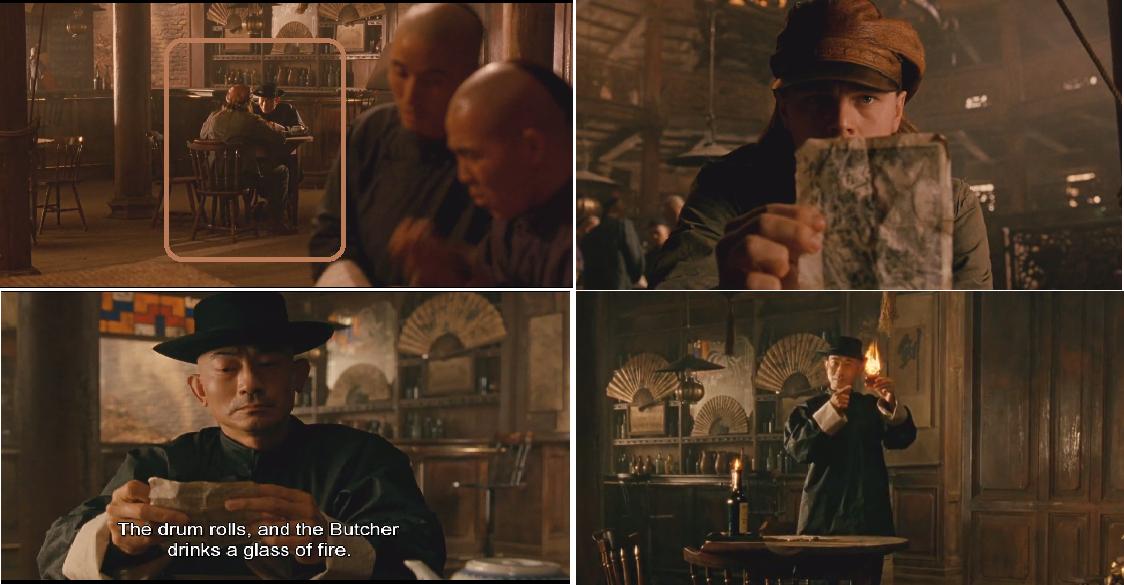 Amsterdam goes to the Chinese Pagoda and shows this Asian person a print of the hand made picture of Amsterdam's father being killed.He points to himself telling he is the son. Then this person says nothing but lights up a shot of some alcoholic drink to which Amsterdam nods. This was enough for Amsterdam to understand that this person was referring to that celebration when Bill drinks such a shot. Its then that he should take his chance.

Amsterdam: Every year the Natives celebrated the killing of my father all over again at Sparrow's Chinese Pagoda in Mott Street. The Chinks hated the Natives worse than we did.The drum rolls and the Butcher drinks a glass of fire. When you kill a king you don't stab him in the dark. You kill him where the whole court can watch him die.

You very rightly presume that just before Amsterdam's attempt fails at the Chinese Pagoda, that Asian individual gets taken away by Bill's men. It would be a stretch to imagine what he was doing there, but for your specific question my answer would be: The main role played by that Asian was to assure Amsterdam that he should kill The Butcher at that celebration when he is about to drink that shot with fire.

Not the answer you're looking for? Browse other questions tagged plot-explanation gangs-of-new-york .

4
Why did the man-next-door attempt to kill the family-next-door?
10
What was the actual role of Wooton & Simms in the plot?
5
What was the role of Jackie Costigan?
1
Was the Bride previously married to Bill?
5
Who shot Bill Cutting 'The Butcher' in the theater?
2
Why did the chinese murderess not kill Johnny in the golf camp?
8
How could the lady who redeemed Bill know what was up?
12
Did Bill know that Elle Driver was planning to kill Budd?
2
What was the role of the private detective in the conspiracy?
9
What was the Architect's role?