At the beginning of Silicon Valley, were Richard Hendricks and Big Head working for Hooli?

I watched the first season of Silicon Valley a second time, recently, and I enjoyed it, but something puzzles me: what are Richard and Big Head doing at Hooli in the first episode? If they're living/working in Erlich's incubator, what business do they have at Hooli's headquarters? 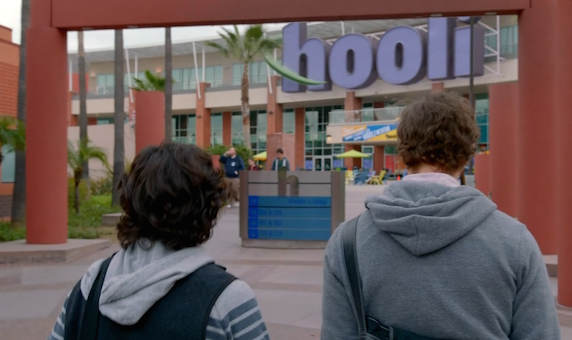 They seem to know their way around the place. 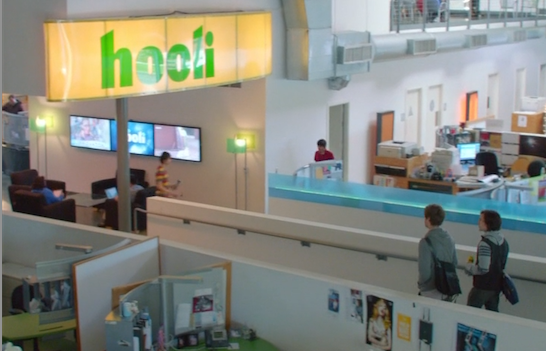 While there, Richard helps himself to some coffee and has a confrontation with Hooli employees. Was Richard working there or what? If he was, viewers never see him resign from Hooli when he sets up Pied Piper... 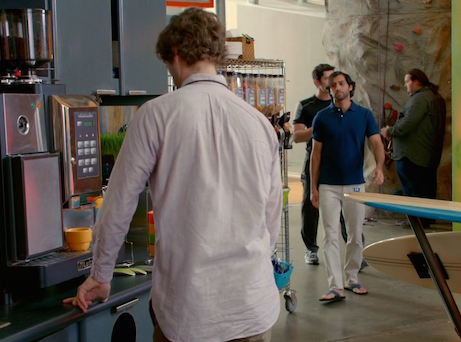 Also, at the end of episode 2, Big Head announces

Gaving Belson just offered me a huge promotion for 600 grand a year to steal me away from you guys.

The use of the term promotion leads me to believe that Big Head, at least, was already working for Hooli when he got that offer. But was he, really?

Hooli was their main source of income, until their own thing took off.

They were employed at Hooli as entry level members of the staff. One piece of evidence for that is the fact that, as Erlich and Big Head are getting into Hooli to attend Richard's meeting with Gavin Belson, you can see Big Head swipe his card at the turnstile, indicating he already works for Hooli, in some capacity. 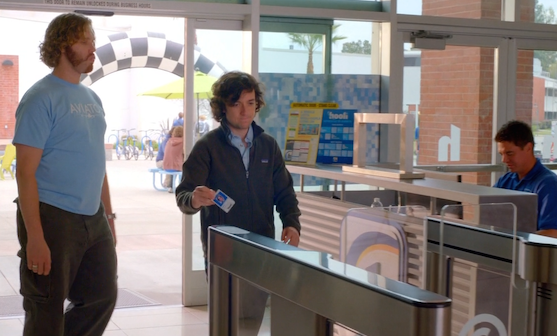 Richard and Big Head had dreams of having their own startup, which was to grow out of the Incubator (their living arrangements and sidework), as soon as they came up with the million dollar APP. Richard created his algorithm for compression, and it took off from there...

That's why Big Head was promoted.

Before Pied Piper envisioned a new internet, it was a simple app to detect infringement of music copyrights – a side project of lowly Hooli employee Richard Hendricks.

From a review of the pilot episode:

Like the spot-on set design for the glossy-chic Hooli campus, Silicon Valley’s dialogue barely has to veer from reality to poke fun at its puffed-up subject. “Oh god. The marketing team is having another bike meeting… douchebags,” Big Head says as he and Richard go to work at their lower-tier Hooli day jobs. If that exact sentence hasn’t been uttered on Google’s campus, I’ll eat my hat.

5
What were Henryk, Halina and others chosen for?
10
Explain the season one climax (technical) of Silicon Valley
1
Who (and why) installed a secret camera in the Buddha head statue in “The Big Sleep?”
6
Why did Nelson 'Big Head' Bighetti (and other Nucleus employees) get settlements?
26
Who are Nick Fury and Maria Hill working for?
9
Were Jon Snow and Arya working together in the episode "The Long Night"?
3
How did pied piper get uploaded to smart fridges
0
In Silicon Valley 04x02, did Gavin Belson acquire a free license to Richard's algorithm in his deal with Dinesh?