What is the worst month to watch movies in United States?

First of all, this question is not about the influence of the critics in the media, it is about when (statistically) the good movies are released. While everyone has different types of tastes, "good" here refers to the rather generalized opinion about a movie, which often can be categorized quite easily into positive or negative.

Usually films are not just released when they're done but there is planning and market strategy that takes place (for example Disney releases their big movies on Thanksgiving weekend, and has historically "owned Thanksgiving"). So I think assessing the generally worst month for movies might be an interesting analysis of movie release trend history.

So what month (United States calendar) has more bad movies released in the same month?

For example I went to Rotten Tomatoes today (just an example, the question is not necessarily centered around RT critics alone) and I found this: 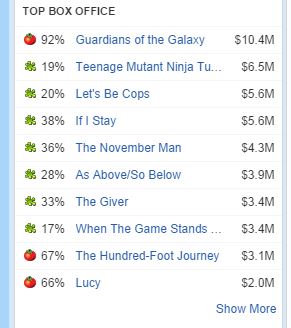 The 70% of the movies listed are considered bad movies (by Rotten Tomatoes). So this would seem like bad month to watch movies.

These results for a September week are not surprising - it's considered a dump month. From Wiki:

dump months is a term used in the film community for the two periods of the year when there are lowered commercial and critical expectations for new major-studio releases. Audiences during these periods are smaller than the rest of the year, so no tentpole movies are released. January and February are usually most commonly cited as these, with August and September sometimes included.

Releases during those times primarily include films that would have been released at other times of year had they done better at test screenings, films with less prominent stars, genre films (particularly horror), movies that can't be easily marketed and films intended for a teenage audience, which has fewer options for entertainment outside the home.

Several factors combine to create the dump months [...] Both periods immediately follow the times of year in which the Hollywood studios concentrate films they expect to be the biggest critical and/or commercial successes, periods of increased spending on entertainment generally. [...] The weather and competition from other forms of mass entertainment, especially professional sports, also play a part; the winter dump months are further affected by the Academy Awards rules.

Among these dump months, the worst-reviewed month in the US, as this article and this one suggest, seems to be February according to Rotten Tomatoes stats from the last 14 years: 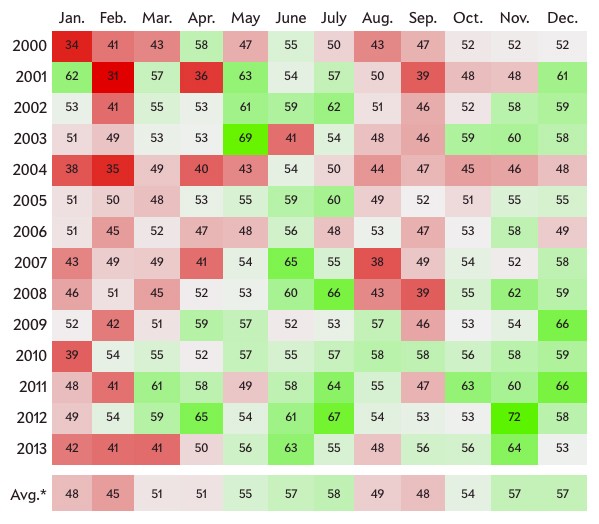 [However, Metacritic, which uses a different scoring system, suggests that January had the lowest number of critical and commercial hits and releases, as well as the lowest score median, in 2000-2009.]

Not the answer you're looking for? Browse other questions tagged cinema-history distribution .

14
Digital Movies, DVD's and the law
3
Reasonable metric for "popularity" in movies
5
Aliens and vampires don't sell?
1
Why is Phantasm II available on Bluray while the other movies in this series are not?
7
On their U.S. release date, what time of day are movies first shown?
39
Why are there so few movies about the Vietnam war itself?
2
Did Darth Vader do the first one-armed lift in the movies?
5
Why release "The Irishman" on Netflix within a month of theatrical release?