“It doesn't work on Wood”… Evidence to the contrary?

It has been a long running joke on Dr Who that his screwdriver has no effect on Wood.. 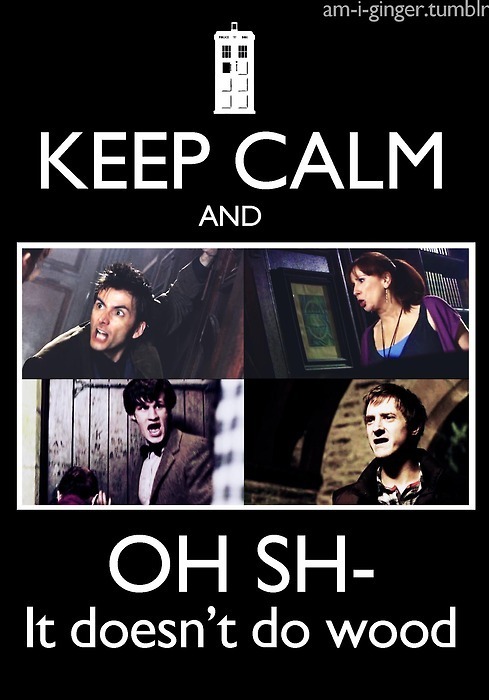 However, in the episode Robots of Sherwood the Dr uses his screwdriver on a wooden/straw target with this result... 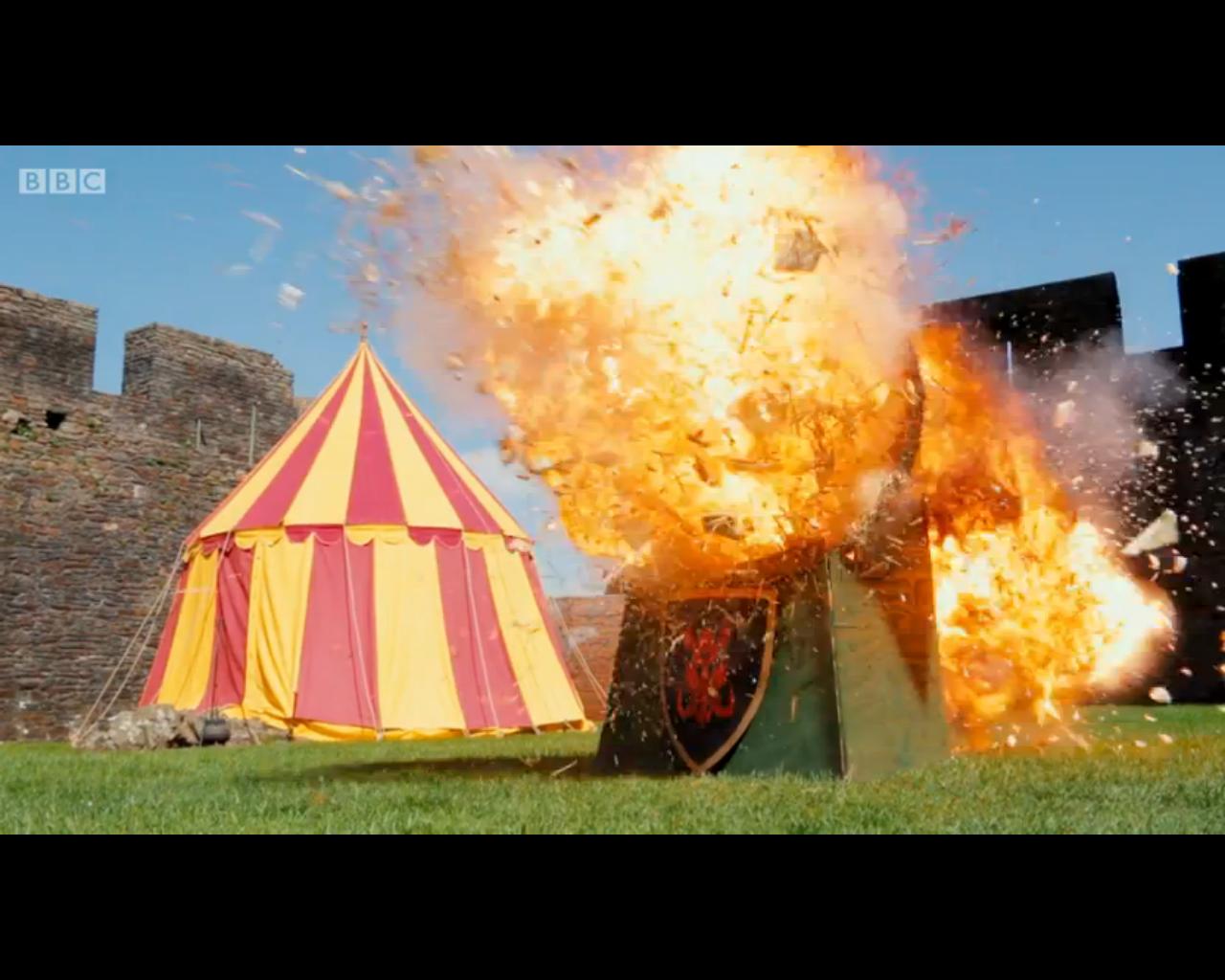 Earlier shots reveal there is nothing behind the targets except empty space, and the targets are themselves are distinctly identified as being constructed of wood (notice the grain)... 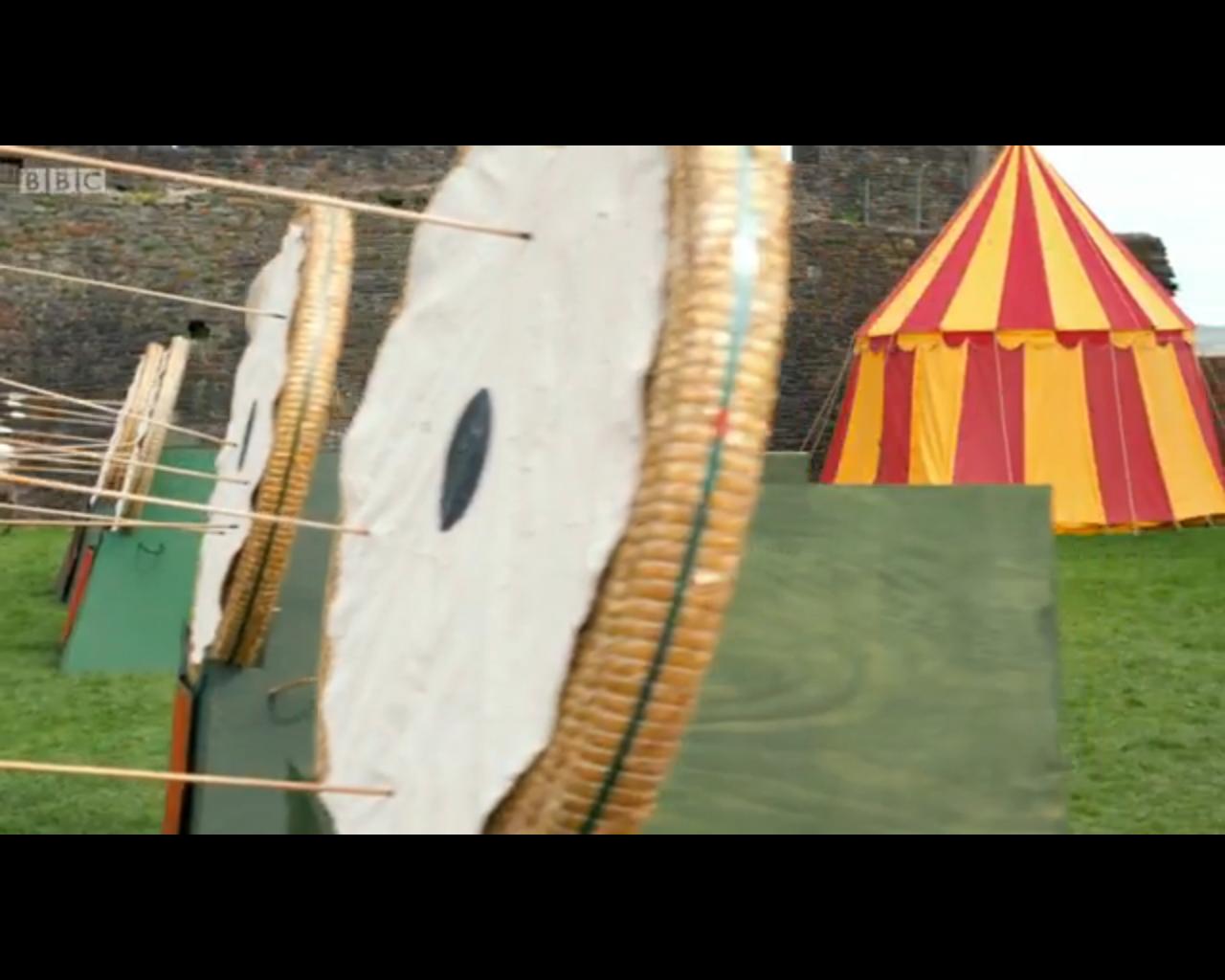 Is this a goof?

Per the original show script:

CLARA: But you're good at this! I saw you! You won the tournament!

THE DOCTOR: I cheated.

THE DOCTOR: I made a special arrow with a homing device.

It seems likely that the Doctor made the homing device explode, rather than the wooden target.

Remember that he cheated during the contest. The arrows he fired into the target were equipped with some kind of tech that let them home in on the target, so it's reasonable to assume there was more than just wood in their makeup. It's probable that it was those that he detonated, rather than the target itself.

In the recent special episode 'day of the doctor'

The three doctors all configure their sonic screwdrivers to work on the wooden door (that was unlocked!)

The wiki link mentions the reconfiguring.

The Moment reminds the War Doctor that his sonic screwdriver, at the most basic level, is the exact same device as the ones used by his counterparts: "Same software — different case". He realises that if he scans the door and implants the calculations as a permanent subroutine in the screwdriver, it will take hundreds of years to work out the formula necessary to disintegrate the door, meaning that the Eleventh Doctor's screwdriver, being essentially the same as the ones before it, has the completed calculation ready to go. They exuberantly congratulate themselves on their cleverness before Clara pushes open the door — which has been unlocked the entire time.

So the screwdriver has now been programmed for wood

The Doctor said his arrows had a homing device. This would be on the metal arrowhead, not the wooden shaft. (I don't think these particular arrows would have had stone heads.) So I believe his screwdriver was working with the metal arrowhead.

The reason he said why it didn't do wood in Time of the Doctor, is because he didn't recall any of the events in Day of the Doctor, crossing his own TimeStream. He didn't lie because he believed it himself, the only Doctor that seems to recall the events permanently is 12, the latest Doctor to help saving the planet, remember how 11 said, that even when the war Doctor was not called the Doctor, he counted as a life, while the events state that the War Doctor can be called the Doctor again(he recalled that Clara knew him from Name of the Doctor. His memory could also be triggered by the regeneration energy granted from the Time Lords, since that energy was exposed to the events itself.

9
How does regeneration work?
8
Crossing your own timeline, changing the future - how does that work?
6
After the Time of the Doctor are the events in the Name of the Doctor just an aborted timeline?
3
On what evidence could the police arrest MayFly man?
8
Did crushing the “crystal ship” really destroy all the evidence?
5
Was Crucial Evidence Missed?
2
What is the significance of the lighter as murder evidence?
2
What is the yellow runny stuff Rose keeps making in a wood box in “Slow West”?