Why does Ronan want to destroy this planet/race? 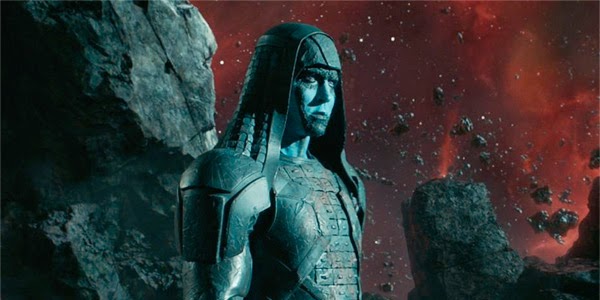 Ronan the Accuser is the main villain in Guardians of the Galaxy.

Even though the Kree and the Xandarians have signed a peace treaty, Ronan (who is a Kree) seems hellbent on destroying Xandar.

In the introduction scene of Ronan, he said to a Xandarian

Because I do not forgive your people for taking the life of my father, and his father and his father before him. A thousand years of war between us will not be forgotten.

Clearly this looks a solid motive to me. Revenge for his family. I don't know about the actual comics but in the movie context I think this is the reason why Ronan hated Xandirians so much that he denied the peace treaty.

Ronan is the military commandar of the Kree's sectarian arm.

The Kree, as a species, are made up of separate and autonomous divisions that function without accountability to each other. This is a deliberate and seemingly harmonious relationship, as the right hand cannot be held accountable for the actions of the left.

The Kree's political/diplomatic wing are represented by the ambassador who speaks to Nova Prime on the console screen. He is unwilling to denounce Ronan to the Kree because Ronan serves a function within the Kree social Hierarchy: he is an extremist and a fundamentalist, and as such exists as a walking representation of the more ideologically minded sect of Kree society, which is in itself embraced.

The Kree have been problematically been compared to extremist Muslim Militants,and the evisceration attack on Xandar (wherein the pilots martyr themselves in suicide attacks) has done little to downplay these connections.

Ronan wishes to destroy Xandar because his purpose, his very occupation, is to exercise the fundamentalist military aspects of the Kree. In turn, the Kree who are by nature colonialists who and believe they are the master race, but are unwilling (at this point) to risk open intergalactic War are able to see their military might and dominance exercised by a partially sanctioned member of their society.

Many sources cite Ronan as a 'rogue-general', an over simplification that totally misses the point of his function.

Ronan began as a member of the Accuser Corps, who are a religious-inflected version of The Judge System in 2000AD. He is an ayatollah, a judge and an executioner rolled into one, and in a society predicated in religious zealotry his fundamentalist and pitiless nature saw him rise quickly amongst its ranks. He 'outgrew' the Accuser corps somewhat (hence him frequently being described as rogue), but truly realized that he was of more use/potency outside the remit of the official system.

Ronan is a sanctioned fundamentalist, and he is a hero within Kree culture that is able to both carry out the wishes of his race and evade accountability for them.

Not the answer you're looking for? Browse other questions tagged analysis character marvel-cinematic-universe guardians-of-the-galaxy .

18
Why does Bane want to destroy Gotham city?
28
Why was Ronan/Thanos not interested in the other Infinity Stone in possession of The Collector?
2
Why does Robert Baratheon want to "Burn them all"?
10
Why does the Puppet Master want to merge with Major?
3
Is the tool given by the heptapods a gift, an imposition, a debt, a curse, other?
18
Why didn't the Wakandans destroy the alien ships?
8
Why does Thanos want everybody to meet back at Titan?
2
Why didn't Vision follow Ultron's path through the internet and destroy him remotely?
8
Why does Groot freeze still when Drax looks at him
2
Why does Ulysses Klaue think this about Wanda?