Why did Aldo Raine have that scar?

In Inglourious Basterds First Lieutenant Aldo Raine (Brad Pitt) had a scar that made it look as though someone had tried to cut his throat. Is there any reason mentioned for that scar (in the movie that I missed, or in interviews with Tarantino etc.)?

I kept expecting someone to ask about it, and get some background story. 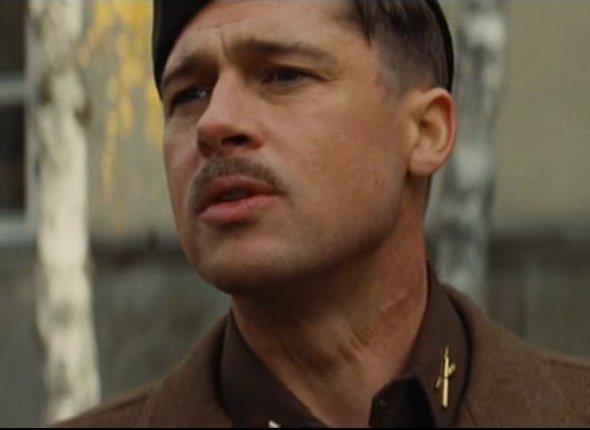 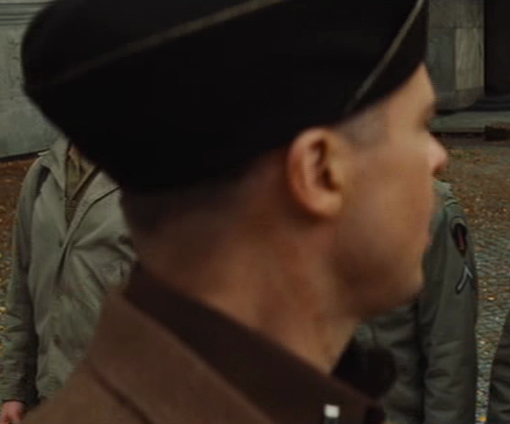 Scar continuing up behind left ear

It is neither explained in the movie nor outside. There are no interviews available from cast or crew, there are just assumptions and user theories. One can be found on IMDb:

It is never explained in the movie, as it was Tarantino's intention to leave it unknown. Several theories have come up about it, one such being that it resulted from his punishment for being a bootlegger in the Southern United States. There is a rumor that Tarantino said in an interview that Raine was lynched by the KKK for defending African Americans in the South. It is also been suggested that someone slit or tried to slit his throat but didn't go as deeply as intended or that Aldo fought them off quickly enough, although the scar does not look like that caused by a knife, and the screenplay refers to it as a 'rope burn'.

He survived a lynching

That is not just speculation, that is in the script:

EXT - SOMEWHERE IN ENGLAND - DAY
A bunch of SOLDIERS are lined up at attention.
LIEUTENANT ALDO.RAINE, a hillbilly from the mountains of
Tennessee, walks down the line. He recruits the men, the
Germans will later call; "The Basterds". Lt.Aldo has one
defining physical characteristic, a ROPE BURN around his
neck. As if once upon a time,. he survived a LYNCHING.
The scar will never once be mentioned.

LT.ALDO
My name is Lt.Aldo Raine, and I'm
puttin together a special team.

That may be because he is part American Indian

Now I am the direct descendent of the mountain man, Jim Bridger.
That means I got a little Injunâ€ˇ in me.

An implication of this might be that an attempt to lynch him was made out of racist motivations, but that is speculation.

On IMDb it is said that

The reason for the scar on Aldo Raine's neck is not mentioned in the film. The script hints that Raine survived a lynching, a common punishment in the 1920s and 1930s.

Not the answer you're looking for? Browse other questions tagged character inglourious-basterds .

2
Why does Brad Pitt in Inglorious Basterds have scars on his neck?

18
Why did Hans Landa in Inglourious Basterds change his mind about the "Jew Hunter" nickname?
3
Why did Landa make the deal?
9
Why did Walt tell Skyler he did that?
5
Why did Major Hellstrom get suspicious?
8
Why did Colonel Hans Landa let Shosana escape in the beginning?
5
Why did Quint have the tattoo removed?
3
Why did the Jennings even have kids?
1
Why did that person die?