What is the most time-consuming makeup to apply to a single actor in film or television?

There have been some famously elaborate make-up in film and television which take enormous amounts of times to apply to the actors, for example Michael Scofield's full-torso tattoo in Prison Break took 5 hours to apply every time it was shown in full on the show. 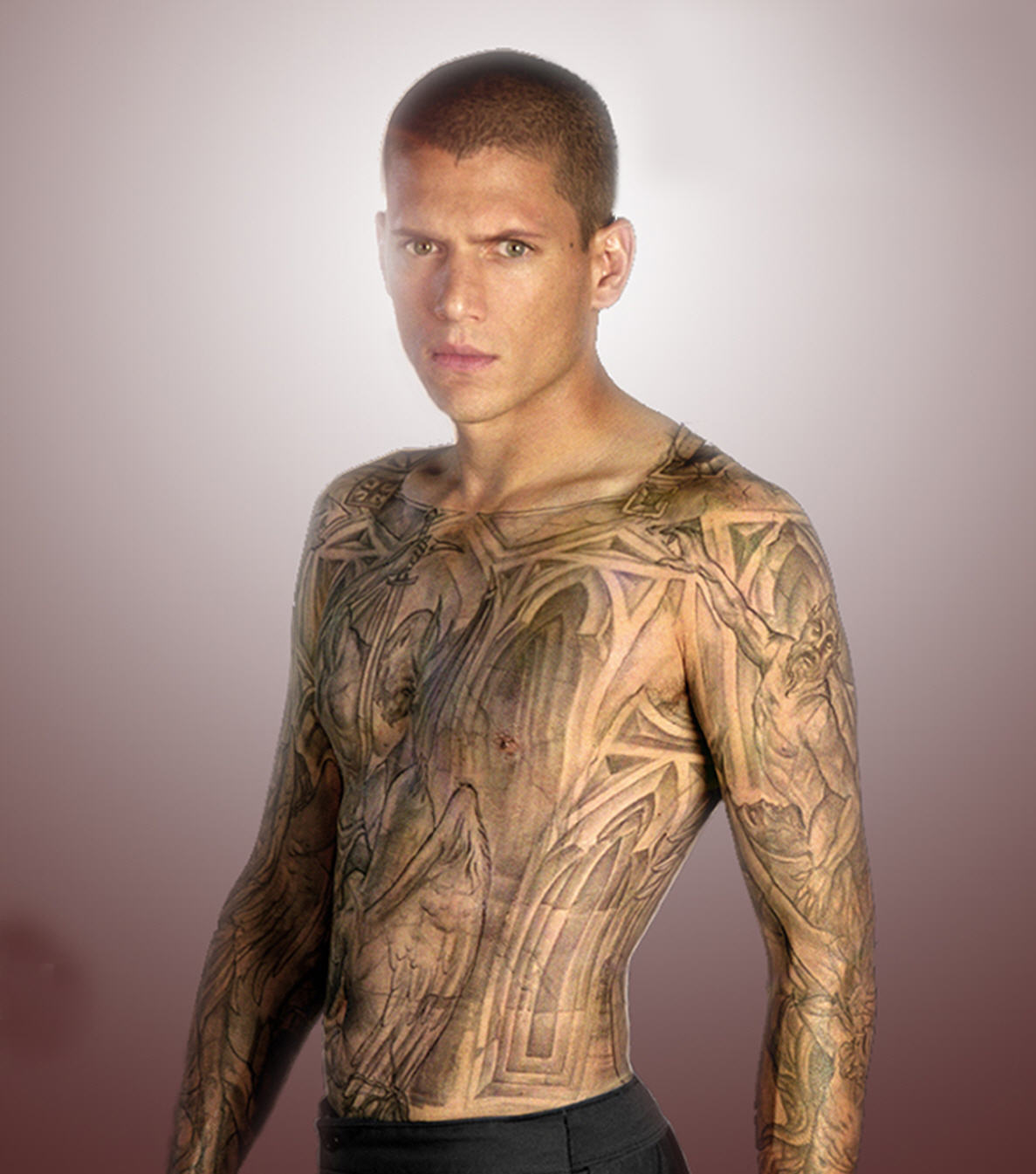 Image of Wentworth Miller as Michael Scofield in Prison Break.

I believe this is the longest I've heard of, but I'm sure there must have been more elaborate work in the past, particularly on aliens in science fiction.

Can anyone find the character in film and television whose make-up took the longest to apply?

According to Guinness, the record is 20 hours for the temporary tattoos on Rod Steiger's entire body in the film The Illustrated Man, but there are many honorable mentions that came close.

In the 1969 movie The Illustrated Man, Rod Steiger plays a man whose entire body is covered in tattoos, each telling a story. The many intricate illustrations on his body took 20 hours to create, with 10 hours dedicated to his torso and the rest to the tattoos on his arms and legs: 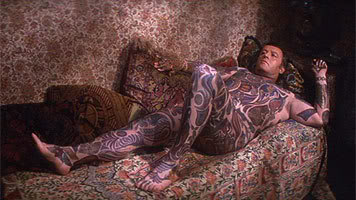 The process was depicted in the 10 minute short Tattooed Steiger which is available on Youtube here.

As [Lawrence] Makoare has already recounted at the press conference, the scene in Fellowship where Lurtz is "born" under evil wizard Saruman's tower took 11 hours in the make-up chair. 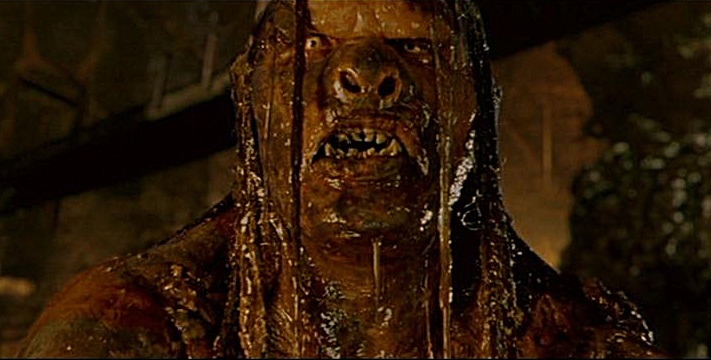 Martin [...] has begun to instinctively pull the webbing out of his own body and wrap it around himself. As it hardens, the webbing begins to form a cocoon. At this point, Martin's legs have been enveloped by said cocoon. [...] The most complex makeup, this stage took some 12 hours to apply to Eric Stoltz, and he was required to remain immobile on the motel couch (with his legs inside the partial cocoon) all that time, as well as during the additional hours of filming that immediately followed. 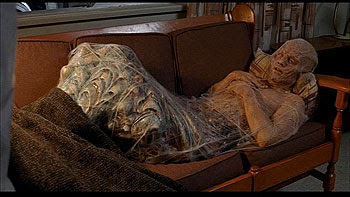 For me it was more like a modelling job because I had to put on all this special body makeup that took 13 hours to do. 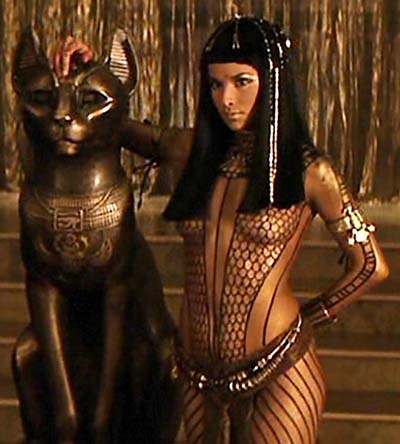 Once again [Jack] Pierce meticulously glued strand after strand of yak hair onto Chaney's face, hands, and feet. Pierce received a powerful assist from Universal's special effects ace, John P. Fulton who supervised the excellent transformation scenes. This was achieved by keeping Chaney pinned in position so he couldn't move and setting targets for his eyes so he could hold them still. The camera was weighed down with a one ton weight to likewise keep it immobile. Then five to ten frames of film would be shot, after which Pierce would apply more makeup, and another five to ten frames of film would be shot, and so on until after 22 hours of filming, the transformation was complete. Quite an ordeal for Chaney who would mutter threats about wanting to kill [Curt] Siodmak for having conceived the Wolf Man in the first place!

In an interview with Fox News Rebecca Romijn says:

"Not that Jennifer Lawrence didn't do a great job, she's phenomenal. I love sharing that role with that girl. She's as cool as they come. But I do think nine hours of makeup makes you the villain you need to be to be Mystique," Romijn said.

"It was so intense, that experience, of putting on that suit—particularly doing the face, which took six and a half hours," Weller said. "Stephan Dupuis and the Robo team, Rob Bottin designed this genius applicator ... it took six and a half hours to do that prosthetic, and then another hour and a half to get into the suit. And we'd done an eight-and-a-half-hour day by the time the crew came to shoot, and you just had to shoot that face out in five hours before the rubber collapsed. There were 27 days of absolute ... I wouldn't say 'misery,' but it really demanded a Zen sort of discipline." -Blaster.com 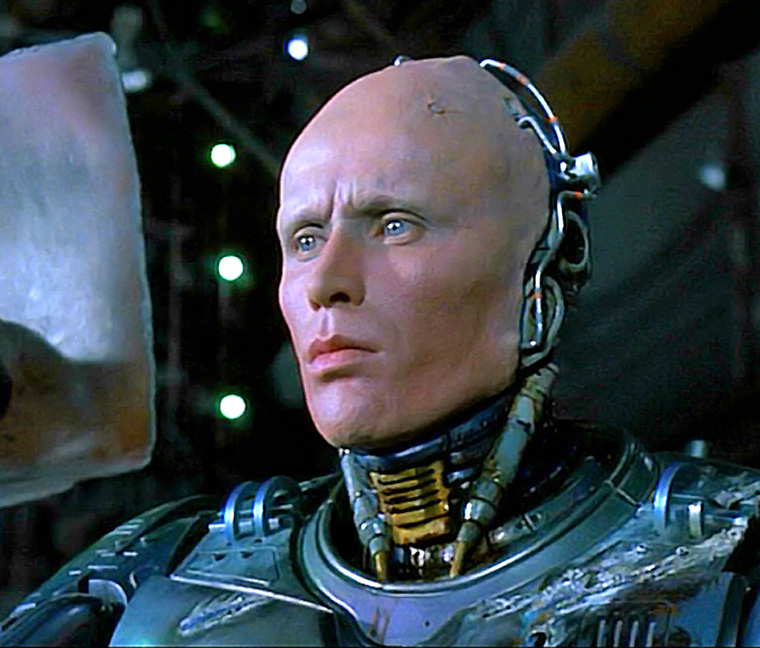 My first intuition was to check Boris Karloff's Frankenstein, which I recall being a marathon makeup sessions. It turns out that was only a quick 4 hours compared to Scofield's 5 hours.

However, another Jack Pierce client, Lon Chaney, Jr, is reported to have endured 8 hour makeup sessions for the three Mummy movies. Funny, I can do a toilet-paper mummy in, like, 3 minutes.

Pierce was not especially liked around Universal, which in part led to his demise at the studio.[citation needed] His most notorious relationship being with Lon Chaney, Jr., the two despised each other. Both worked on four Wolf Man films and three Mummy films at Universal. Chaney claimed that Pierce compounded difficulties in the long uncomfortable process with the adding on of sticky appliances. Lon's Wolf Man make-up partially consisted of yak hair being glued to his face, and having it singed with a hot iron. Chaney furthermore claimed, Pierce would purposely burn him with the hot iron. Chaney also had an allergic reaction to the make-up Pierce used on him in The Ghost of Frankenstein. Later, Chaney suffered with Pierce's laboriously wrapped bandages for three Mummy films. In Jack's defense, the use of the fused elements of make-up was a needful 8 hour task for the desired effect that Pierce was looking for, and Chaney was well known for not working well with others on set.

Not the answer you're looking for? Browse other questions tagged effects make-up .

10
What happened to Frou-Frou in the 1967 Soviet film Anna Karenina?
6
What was used to create the metal effect makeup in the Terminator robots?
4
What are the film techniques for broken and protruding bones?
2
What is the film technique for someone breaking into pieces?
2
How do they film a volcano erupting in such a way as what the volcano did in Dante's Peak?
0
What techniques were used to film Ariadne entering the dream world for the first time
6
What is the first example of warning messages about special effects being shown to audiences before a film?