Could the Guardians Of The Galaxy Build An Army of Groots?

The Comics are relatively ambiguous about this, as so far there has never been a depicted attempt to grow multiple Groots.

In the comics, however, Groot is depicted as occupying a consciousness as long as a part of him remains, and it is inferred cultivated... 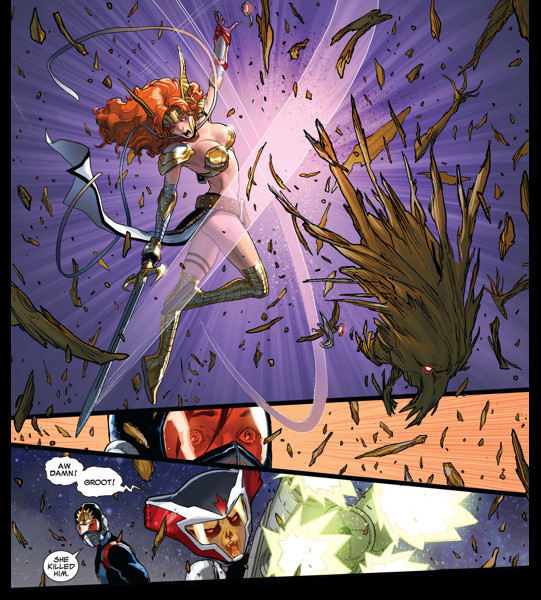 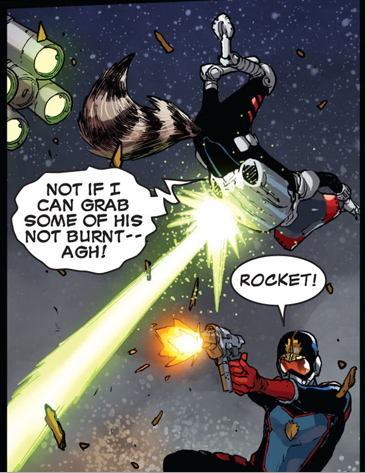 In an earlier issue, on another occasion when Groot is disassembled, Rocket is shown tending to the sapling. We can infer from this perhaps that Groots consciousness is possibly of a nebulous nature, but he can only inhabit a form of his body that meets a certain threshold.

None of this is explicitly confirmed, only inferred through the narrative of the more recent run of comics.

It's necessary to bear in mind that the Marvel Universe explicitly embraces all aspects of mysticism and 'magic' (read Chris Claremonts run of Dr Strange if you're doubtful of the validity of such an aspect of Groot's consciousness), so this is by no means far fetched or in any way outlandish a claim.

Marvel has long ceased bothered elaborating on the more mystical elements of its characters in favour of engaging narratives that assume a certain level of acceptance from its readers; as opposed to validating and cataloging every aspect of its scientific lore or plausibility, as the Silver age comics were prone to...

To clarify: there's no overt explanation for the exact nature of Groot's re-incarnative abilities as he is a character that has been elaborated on in the Post-Dark age of comics, where the sustained Marvel Style is more of playfulness and less of cumbersome fidelity.

I don't think the Guardians can make an army of Groots for two reasons (both from the comics):

As I said, these are both from the Marvel comics universe, so it doesn't necessarily hold for the films. Yondu is one character that has already been almost completely re-imagined for the Marvel Cinematic Universe, so there's no reason they can't make a few alterations to other characters as well.

If it were possible to grow multiple Groots, Rocket probably wouldn't because they'd be too difficult to manage in a group. And I suspect quite clumsy in a group scenario, so there could also be risk of copies of him being stolen by enemy forces for their own use, and Groot is quite powerful, so this would be bad.

But yeah, there's no good explanation of how Groot's consciousness works. We don't even know for sure if his remains require water and soul to regrow or if Rocket just does that for kicks (joking) because he's partially crazy.

29
Why was Ronan/Thanos not interested in the other Infinity Stone in possession of The Collector?
30
Could someone explain the Kevin Bacon joke in Guardians of the Galaxy?
6
Explanation for all beings to be able to speak English?
0
Value of Currency in Guardians of the Galaxy
9
Why would Groot protecting the other Guardians kill him?
10
Who beheaded the celestial that became knowhere?
6
Did Groot's arm grow back in a minute?
12
What makes Thanos the most powerful being in the universe?