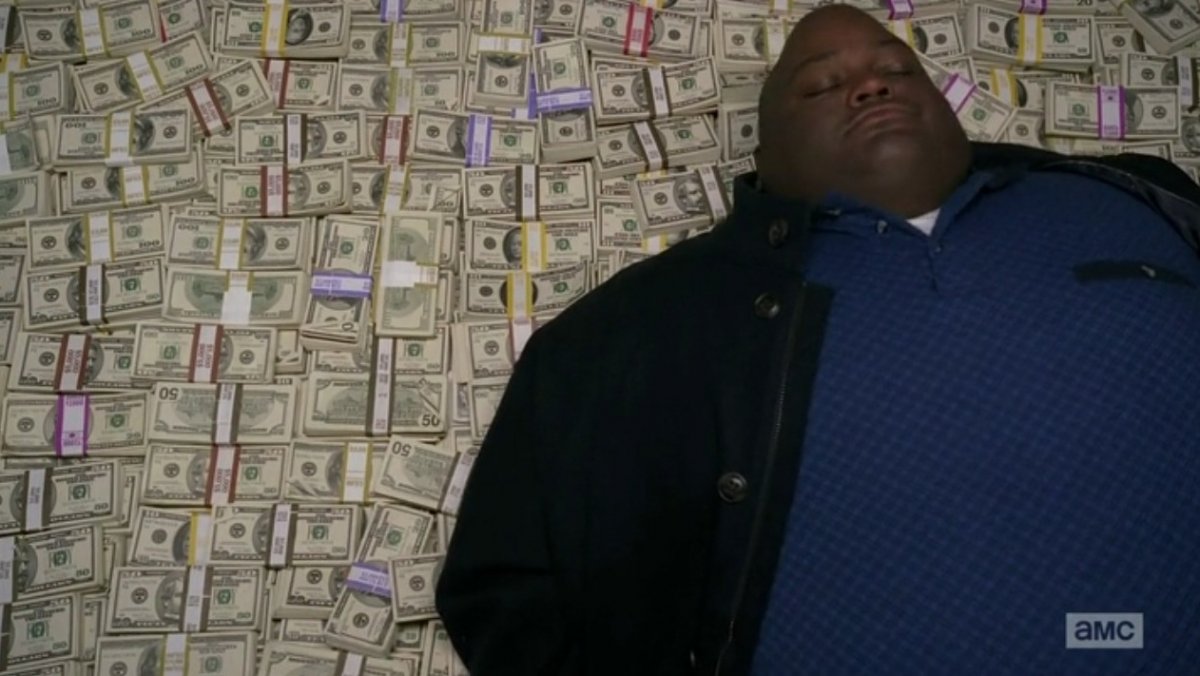 Every fourth movie that I watch has a suitcase full of money, money in stacks, money being thrown into the air.

While I can imagine that if its a stack of money, maybe only the top bill is real. But what when they show a bank explosion? The bills flying around look real - in a glimpse. There are also cases where they show close-ups of a large amount of money. And its looks absolutely real.

All this loads of fake money doesn't lead to trouble? What if someone tries circulating it?

It's usually too dangerous and/or expensive to use any real money in films, especially if its getting thrown around where people could steal it or it could be damaged or destroyed.

The stage money you see in films and TV looks real, but only from the particular way its being filmed. Real money isn't actually printed on paper, it's usually cotton and it's very easy to tell the difference between cotton and paper when you hold it. Furthermore, prop money never attempts to be exactly accurate to the original design to prevent them being accused of actually attempting to print money illegally.

In cases like the screenshot from Breaking Bad, the money in that scene isn't moved around or examined, and it's most likely only printed on one side, as it would be cheaper for filming. For example, RJR Props offer a $10,000 stack of bills similar to the one shown: the version where only the top and bottom bills are shown is $35 each, versus $45 each for the version where every note is printed on both sides.

You can also see from the photograph they provide that it has some small "This note is not legal, it is for motion pictures" written on it where the signature of the Secretary of the Treasury would be located on a real bank note: 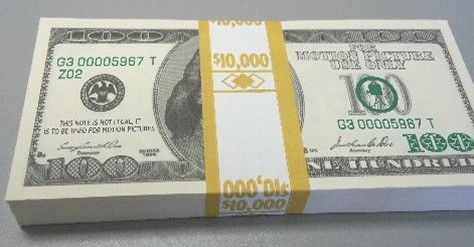 Furthermore prop money will always lack the security features most real currencies have, for example:

All these factors make it trivial to spot the difference between real and fake money which would make it unlikely that someone could trick someone into accepting it, though certainly you would be arrested if you tried.

The buy/rent the fake money from prop shops. This fake money has to pass legal requirements of not duplicating the image exactly among other restrictions (making it easy to spot as non-authentic if inspected closely).

If people try to circulate it, the secret service steps in. It has happened before, one example is when they shot the Rush Hour 2 movie.

24
How do they film money in TV or movie?

16
Are fictional trademarks or brand names used in movies and TV legally held?
10
Which material are fake eyeballs made off?
30
Why is it always the same type of beer cup used in college-style movies/series?
3
Why do some movies have photoshopped pictures of the 'family'
11
Legality of using fake license plates in movies
48
Why are laugh tracks only used in TV series but not in movies?
1
Sandcrawler, real or fake?
6
Why are needles pushed in so far in movies?