Whose portrait hangs on the wall in the movie "The Godfather Part I"?

In the scene where Clemenza and Tessio ask to split off from the Corleones and form their own family, whose portrait can be seen hanging on the wall behind Vito? 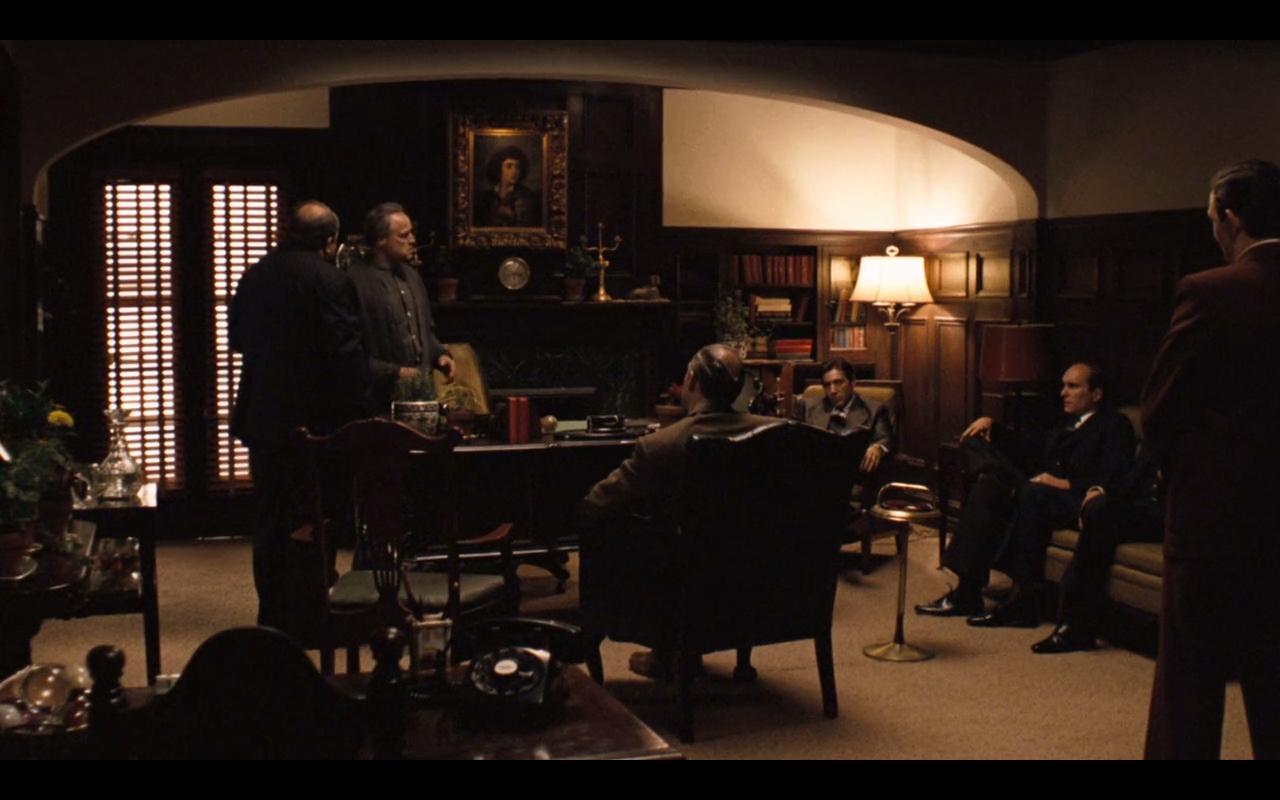 And why did the director choose the portrait of this man?

analysis the-godfather
Share
Improve this question
edited May 31 '16 at 21:46

Although since it's also unclear why the director might have chosen this painting but one of the reason would be to represent a royal (although evil) presence of the Corleones, an influential presence in the Golden Age of Mafia establishments. The fictitious Corleone Family is also based on a real life Borgia Family who were primarily involved in politics and prominent during the Renaissance in Italy. Since, Italian Renaissance art and Dutch Golden Age art have conquered their prime positions in the art history books the representation of a Dutch Art piece (possibly mere fake or just a re-production) by a Great Dutch painter connects it to that era which influenced or inspired Mario Puzo while writing of the fiction. Although, this is just my perception, but a rather possible one.

Not the answer you're looking for? Browse other questions tagged analysis the-godfather .

8
Why so much suspicion around Clemenza?
10
Why did Michael Corleone fail where his father succeeded?
5
What did the Corleone family gain from doing favors for Johnny Fontane?
8
In the Godfather, did Paulie and Carlo actually join the conspiracies for which they are killed?
16
Why did Michael Corleone only kill Carlo in the car?
5
Why does Parasite have this ending?
3
After Paulie was shot, how did the police not trace the car back to Clemenza or Rocco?