What happened to Mike and Carol's former spouses?

In the Brady Bunch (the TV show, not the film series), the title song establishes that the 6 new step-siblings are from Mike and Carol's former marriages (or partnerships).

Were these two others ever mentioned for any amount during any episodes, or if still alive, did they ever make any appearances or claims towards their children? I have never watched the pilot episode / first episode, so I do not know if that episode explains it.

They are a "step" family because Mike and Carol Brady combined their children from their first marriages.

The only real backstory that we get from Mike's first wife is that she died. Mike makes the comment about not wanting Bobby to forget his Mother. There is even a photo of her in the first episode. 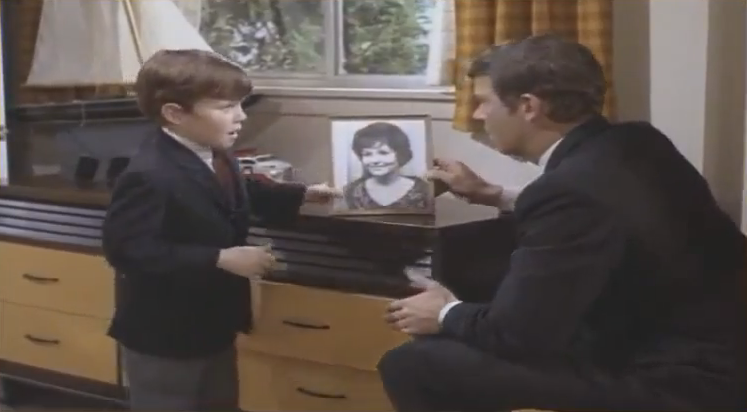 Mike â€“ Because of Carol?

Mike â€“ Come here Bobby. Now you can put it right back son.

Mike â€“ Iâ€™m positive. I donâ€™t want you to forget your mother. And neither does Carol.

Bobby â€“ Gee, thatâ€™s swell. I really like this picture, but I didnâ€™t want to upset my new mom.

Mike â€“ You know something? Your mother be very proud of you right now.

Wikipedia also states that Mike Brady was a widower:

It is never revealed or mentioned in the television show what happened to Carol Brady's first husband.

Mike's first wife had died, making him a widower, but the status of Carol's first marriage was kept a secret. Creator, Sherwood Schwartz maintains Carol was divorced from her first husband, but nothing about it was mentioned on the series. At that time, divorce was a subject matter that was still considered largely taboo for television, particularly a series aimed at family audiences.

There was a 1996 movie titled A Very Brady Sequel. This movie's plot is centered around Carol Brady's first husband:

One evening, a man claiming to be Carol's long-lost first husband, Roy Martin, shows up at the suburban Brady residence. He is actually a con man named Trevor Thomas and is there to steal their familiar horse statue that is actually a $20 million ancient artifact. They, portrayed as naĂŻve, believe his story about suffering from amnesia and having plastic surgery after being injured. Throughout Trevor's stay, he is openly hostile to them, his sarcasm and insults completely going over their heads. Bobby and Cindy start a "Detective Agency" hunting down her missing doll and stumble upon Trevor's true intentions. Trevor kidnaps Carol and takes her and the artifact to a buyer in Hawaii. The remaining Brady family travels to Hawaii to save her and foil his plans.

It is revealed at the end of the movie that Carol's first husband actually died at sea on an expedition.

This is not discussed in the original television series.

The plot of this movie is based on the idea that the fate of Carol's first husband is never mentioned in the original TV series. In the series pilot, it is implied that Mr. Brady's first wife is deceased.

NOTE: There is no evidence that the plot of this film informs audiences about what actually happened to Carol's first husband in the television series. The mention of this film is merely a side note to the answer.

We learn in the first episode that Mike's wife passed away. However, the absence of Carol's first husband remains a mystery. Sherwood Schwartz, the creator of the show, wanted her to be divorced. The network wanted her to be a widow [and] thought being divorced was too risque for the times. The compromise was that it was never addressed one way or the other.

The only references to the boys' mother and the girls' father in the entire five-year run of the series occur briefly in the pilot (and first episode), "The Honeymoon." A single scene with Mike and Bobby suggests quite strongly that Mrs. Brady died, though neither character explicitly says so. A later scene with Mike and Carol only offers the vague suggestion of some previous trauma before Carol's marriage to Mike. She never refers directly to her former husband. [...] The characters' full names were never revealed.

Sherwood Schwartz [...] said that he always considered Carol divorced. Despite Schwartz's intentions, the series was described to the public as the marriage of a widow and widower. Consider this excerpt from the 1969 "Fall Preview" issue of TV Guide:

This season's widows-and-widowers epidemic reaches an inevitable climax in The Brady Bunch. Widow (Florence Henderson) marries widower (Robert Reed, late of The Defenders), and they live happily -- if frenetically -- ever after.

So officially, they both died.

11
What are the back stories behind the two halves of the Brady Bunch family?