Plot summaries for the other two movies related to Moon

Ask Question
Asked 7 years, 10 months ago
Active 4 years, 11 months ago
Viewed 323 times
7
Want to improve this post? Provide detailed answers to this question, including citations and an explanation of why your answer is correct. Answers without enough detail may be edited or deleted.

Moon, the 2009 British science fiction drama film directed by Duncan Jones, is suppose to be the first in a "trilogy of films set in the same fictional universe."

What are the plot summaries for the other two movies?

The second film in the trilogy is supposed to be Mute. Duncan Jones has stated it is a Blade Runner inspired movie, which he is a big fan of, and it takes place in a futuristic Berlin.

About the third film, there is not much known but I remember one of his interviews where he has said the third film could be the adaptation of Escape from the Deep which is an underwater epic focusing on a submarine and her crew.

Anyway, you can follow him on Twitter where he provides info on his future projects as well. In April, he announced another project which is a non sci-fi movie. 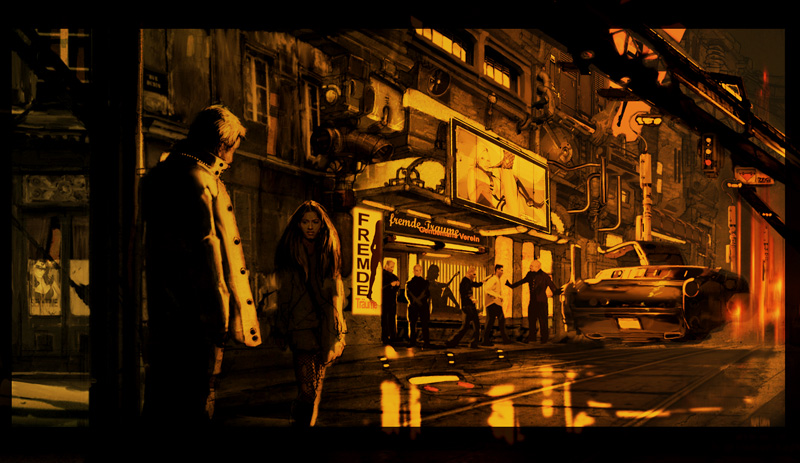 As stated in the selected answer, the movie appears to be inspired by Blade Runner.

Not the answer you're looking for? Browse other questions tagged movie-franchise moon .

19
Have there been other cinematic crossovers like the Marvel Cinematic Universe?
2
Is the lens on Gerty 3000 from “Moon” a reference to HAL from “2001: A Space Odyssey”?
7
How did they shoot the clone scenes in “Moon”?
1
LotR and Hobbit - one series or two?