What was the first film adaptation of a comic?

I've been watching Danger: Diabolik (1968) and when I read the Wikipedia article I realise it's actually an adaptation of a comic book character called Diabolik which made it one of the earliest comic adaptation I had heard of.

After more research I found this article which claimed the oldest was Adventures of Captain Marvel (1941), however there are some I found which are even older, like Flash Gordon (1936).

Can anyone provide an authoritative answer as to what the first feature-length (more than 40 minutes) film adaptation of a comic was?

As far as I can make out, the first feature length film based off a comic strip was Little Annie Rooney (1925) starring Mary Pickford.

There were certainly other shorts made before then, going back as far as 1898, but you specified over 40 mins in length.

It is hard to say definitively, mostly because (a) much of the early film record is lost and/or incomplete and (b) because there doesn't appear to be any exhaustive directory chronicling the relative order that comic-based films were released.

However, the earliest known feature film I could find based on a comic (not vice versa) is a 1926 live-action silent film called 'Ella Cinders', by American director Alfred Green. 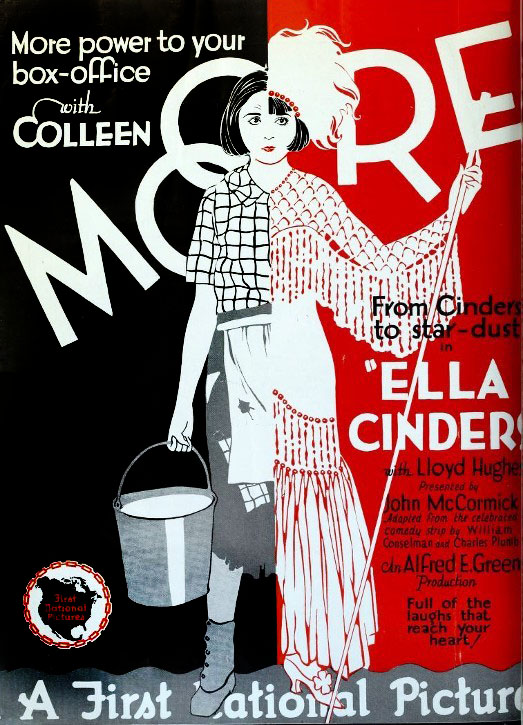 Starring Colleen Moore, its 75 minutes long, and the comic (of the same name) the film is adapted from launched in 1925, itself being heavily inspired by Cinderella. It is among the few comic-based films inducted into the (US) National Film Registry.

The Adventures of Captain Marvel” was the first motion picture of a comic book superhero. It was a serial released by Republic Pictures in 1941.

But the Oldest motion picture to be sourced from comics "The Katzenjammer Kids" in 1898.

Not the answer you're looking for? Browse other questions tagged first-appearance comic-adaptation .