What did Hank find under Walt's car in S2E2 (Grilled) and why was it there?

I missed it the first time I watched the series but on a second watching I just noticed after Walt goes missing (taken by Tuco), Hank goes to Walt's house with the APD detective to ask Skyler some questions.

Just before he goes inside the house he feels around the car and grabs a magnetic device from underneath the right wheel arch. This never gets mentioned again.

Considering this is so early in the series it raises a lot of questions for me:

We know Hank likes putting GPS trackers on people he suspects but the way Hank feels around the car suggests he doesn't know where exactly it's placed, suggesting it wasn't him that put it there (unless he just forgot).

Could it be that Hank had Walt sussed from the start and discovering Gale's book with the WW dedication just confirmed what he always suspected? 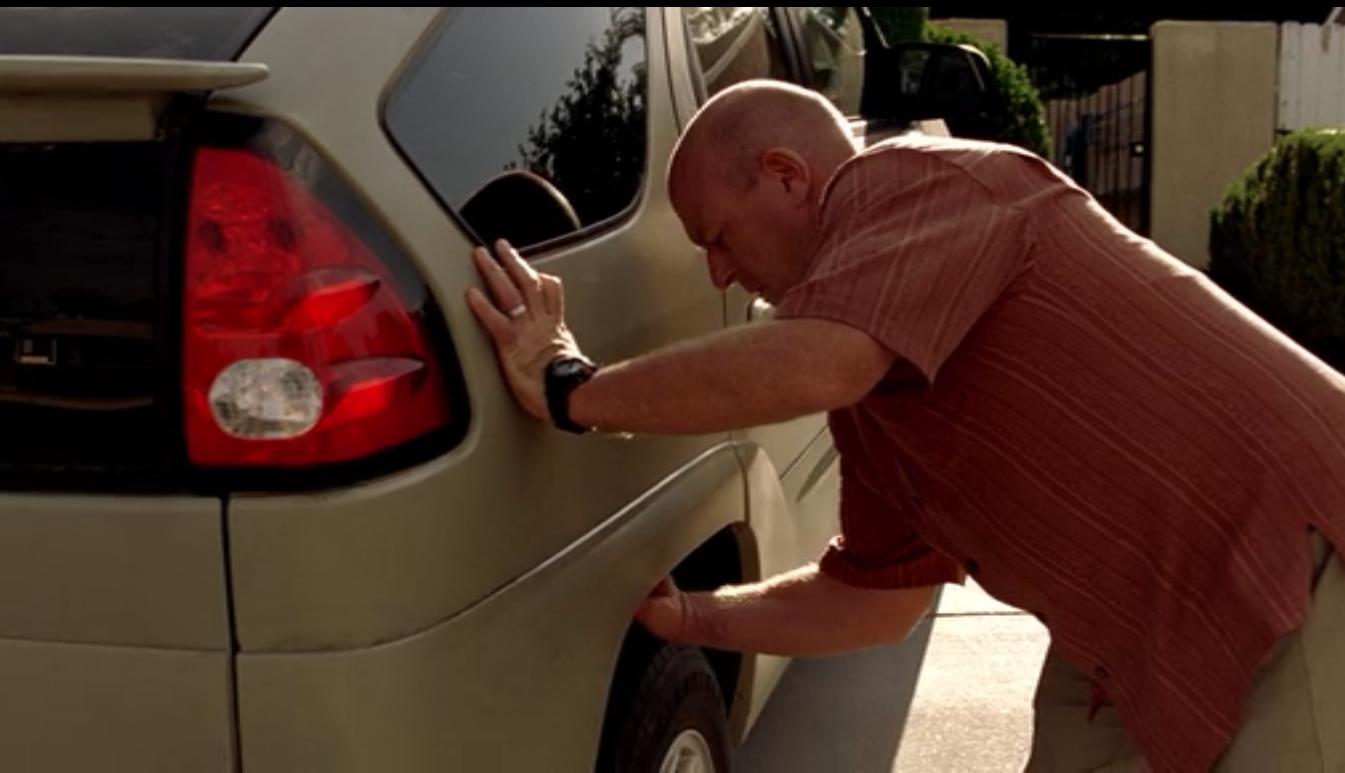 Here's the thing he retrieves from the car: 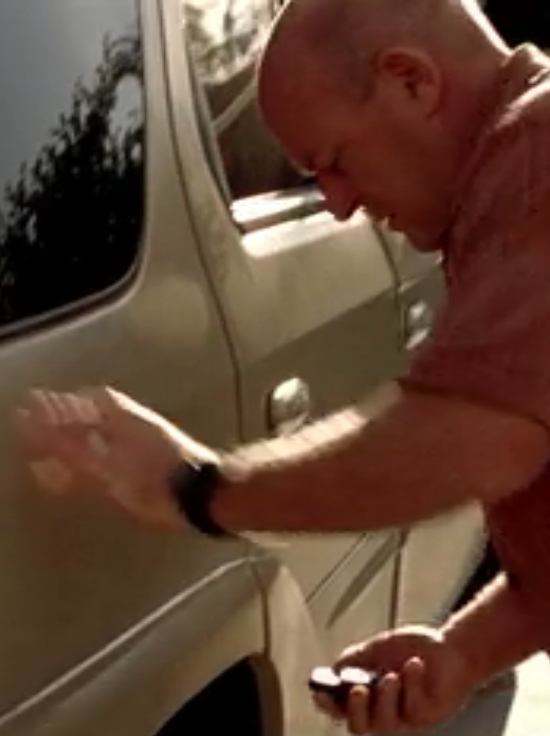 I was watching the series again the other day and noticed that Skyler removed a key from inside that wheel arch. It was the morning after Victor abducts Walt to take him to Fring's meth lab to kill him (much later than when Walt worked with/was abducted by Tuco, obviously). I think it is just that key that Hank is looking for.1

The scene then cuts to Hank at the driver's side door, looking from inside the vehicle, as Hank is pulling it open towards him.

He then has a quick rummage through the papers in the center console and sniffs the head rest on the passenger's side of the car (mistress with perfume?).

Skyler gets the thing in Box Cutter and then moves Walt's car and then puts it back. Suggesting it's a spare key.

It's a spare key! That's how hank got in his car tosearch it

23
Why is the connection between Hank and Marie and the colour purple?
10
Why was Steve Gomez not promoted and did not move to El Paso?
5
Why did Mike get out of the car after being shot?
5
Why did Hank not associate THE CAPN with 'Captain Cook'?
3
Why did Walt take a second job at the A1A Car Wash?
14
Was there a romantic relationship between Gustavo Fring and his partner?
8
How could you explain that Hank Schrader did know about altercation between Mike Ehrmantraut and Tuco?
14
Why was Hank tagging trees in the college?
11
What did Jesse Pinkman mix into Walt's coffee?
4
After being rescued from captivity by Walt, why doesn't Jesse immediately surrender to the police?