In one of the final scenes of Constantine Gabriel appears and has several wristbands on her arms. I can only read two of them, I believe they say "Sorrow" and "Passion".

I'm assuming these are two of a number of traits, what are they?

Why would Gabriel be wearing them?

constantine costume
Share
Improve this question
edited May 11 '12 at 13:21

Good catch, I had a closer look and could only identify one more, the topmost one on the right hand, and it seems to say "Awareness". (not sure its visible in the resolution here, its at the very bottom of the screen) 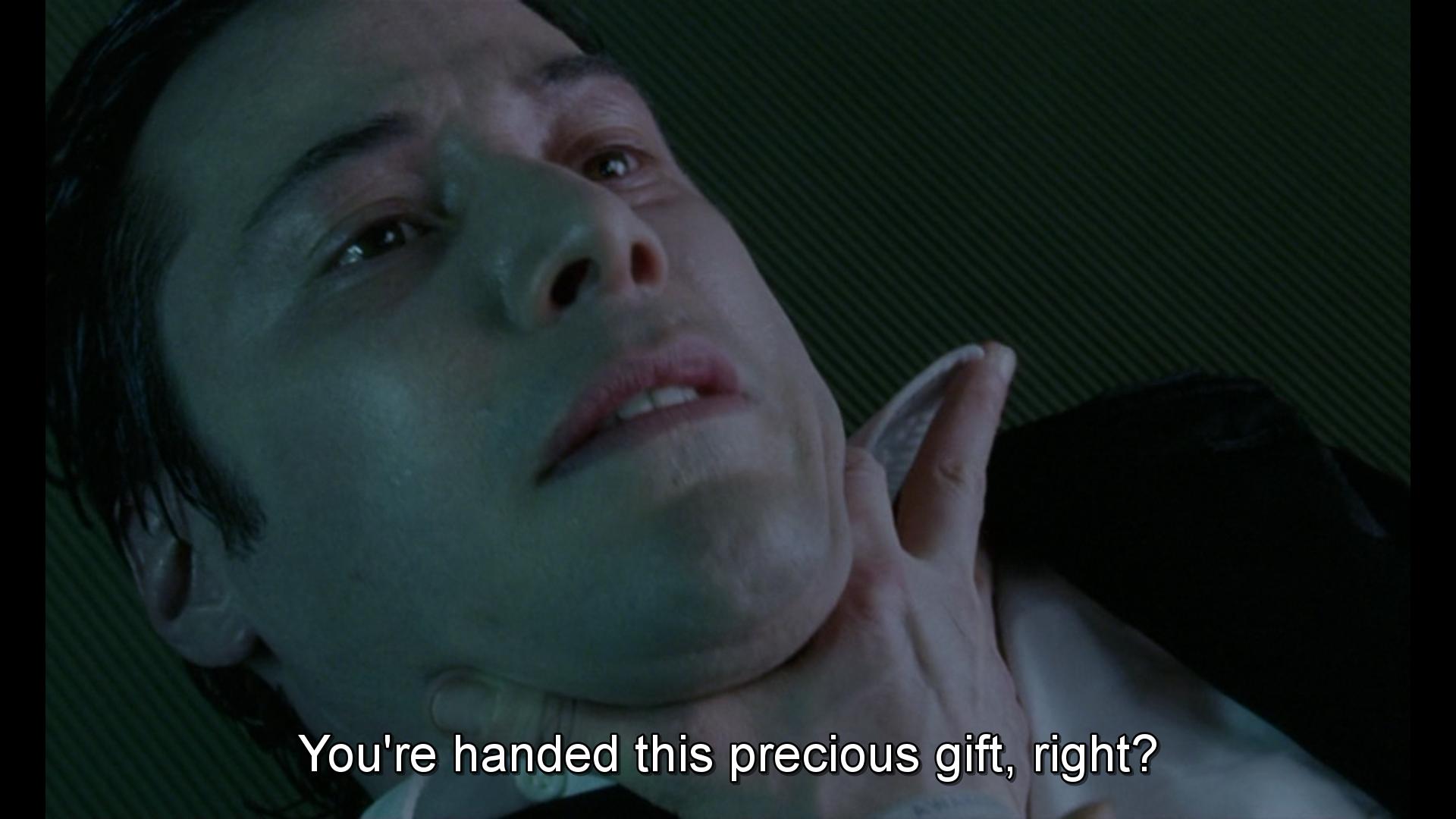 Regarding the meaning of the wristbands we can only speculate, as there seems to be no official comment about those. (At least I was unable to find any.)

My theory is that the bracelets represent human traits that lead to suffering. Gabriels motivation for his/her actions result from the view that God has blessed the humans with so many gifts and his unlimited love and understanding, but they have not earned it.

Gabriel thinks that humanity can only show it's best side and true greatness when they are suffering. Gabriel therefore wants to literally bring hell to earth, so that those who survive all the horror and pain are really worthy of gods love.

The wristbands indicate that Gabriel is the bringer of humanitys suffering.

Also notice that the bracelets are the ones of a mental institute, the same one that Isabel was wearing when she jumped off the building, probably somehow influenced by Gabriel.

I managed to read these : Awakening, sorrow, rage, passion, melancholy, joy and love.

They might be the "trophies" she collected for the sisters that killed themselves and each one is their reason for doing it or getting there in the first place.

Its most likely just accessory to make her look more insane.

I asked the same question over on SF&F and received the following answer:

According to the film's director (on the disk audio commentary), the hospital bracelets signify various human 'aspects' and were written by Gabriel in order to remind him why he's doing what he's doing.

The original idea was to have writing directly onto Tilda Swinton's arms. The bands were a last-minute addition to the costume at Swinton's urging.

Francis Lawrence: These bracelets, which are hospital bracelets, which... This was something that I thought of because I was imagining originally, I was going to write on my arms, like, notes. Kind of Travis Bickle in the last scene, you know ... A few notes about actually what the revolution's all about. And so they have a variety of different aspects written on them. That was her idea, which I thought was fantastic.

It was just this really subtle thing. I liked the image just of all the hospital bracelets lined up but then when you see sort of all the words that are sort of the reasons for why she's doing what she's doing. I thought was just fantastic. Just to remind Gabriel if Gabriel has any doubts what humanity's about or, you know, why it's all worth it.

it's all symbolic representing Gabriel's loss of logic, Gabriel, who is androgynous-which is more biblically accurate. Gabriel wears the wrist bands it represents her-his numerous downfallsas,and loss of faith in humanity- this takes place in a mental hospital Constantine even says "Gabriel you're insane" So Gabriel is nuts!

Not the answer you're looking for? Browse other questions tagged constantine costume .