Why do many movie titles differ between the U.S. and the UK?

Why are movies titled differently in the UK?

For example; The Avengers changed to Avengers Assemble.

What is the reason why so many movies are retitled for the UK?

I know the reason why the title of The Avengers was changed in the UK, but what is the overall reason for changing movie titles for the UK?

The UK is a different country from the USA, with a different culture, language, licencing laws, censorship restrictions and different existing properties.

Sometimes films in the US conflict with one of those and get a very different release in the UK.

An example is The Boat That Rocked - in the UK it got quite a clever poster that riffs on the Beatles: 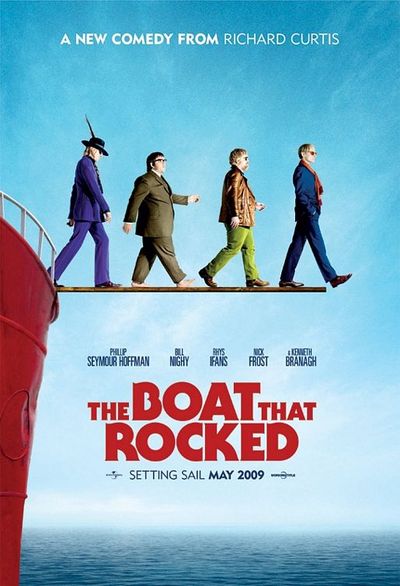 In the US it was renamed to Pirate Radio and the poster changed to include the love-interest and a boat full of girls (and is a layout mess): 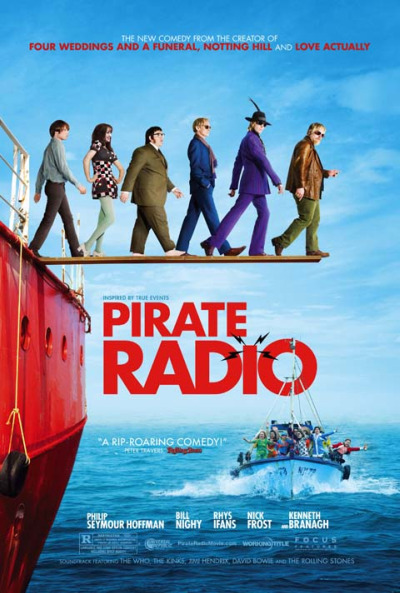 Yet another example is The Madness of King George III - it was renamed for the US release because while Brits are used to referring to kings by numbers the Americans aren't, so they didn't want to confuse audiences into thinking it was a sequel.

They can make very odd marketing decisions too: the film Couples Retreat got strange racist posters the UK but not in the US..

Fact is that the UK and US are very different markets, so films get different names.

A well-known example is the first Harry Potter book and movie.

Rowling claimed that she regretted this change and would have fought it if she had been in a stronger position at the time.

Scholastic thought that a child wouldn't buy a book with the word 'philosopher' in the title. The U.K.-based Harry Potter Teaching Resources site suggests that the book was retitled "...presumably to make it sound more magic orientated rather than philosophy orientated." They also may have doubted American grade-schoolers would be familiar with the mythic philosopher's stone, a mineral substance that could transform base metal into gold.

As a result of the name change, all the scenes in the movie that mention the stone were filmed twice, once with actors saying "sorcerer's" and once with them saying "philosopher's." Same for the book -- "philosopher's" was replaced with "sorcerer's", along with other editing to reflect different British/American spelling differences (e.g. colour vs color). and usage (crumpets vs. muffin). The latter I find curious, since the book/movie actually takes place in England.

Well, the obvious answer is the amorphous "cultural differences".

For example, The Avengers was a completely unrelated and very popular British TV series with a British cast in the 60's. It did get some exposure in the USA in syndication, but that mostly stopped decades ago. Whereas the comic book Avengers have been selling in bookstores and supermarkets in the USA pretty much continuously for the last half a century. So while a USA person would see "The Avengers" and immediately think of the comics (if they read comics anyway), a Brit is more likely to associate that name with the old (quite good) TV series. "Avengers Assemble" clarifies things for them, as that was a catchphrase from the old comics, but not from the TV series.

Vertige is just not a word in American English. Very few Americans are familiar with French, and we usually associate French-sounding movie names with "boring arthouse flick I'd never want to see". If it is indeed French for Vertigo, that would make it worse, as I'd assume it was a French remake of the Alfred Hitchcock movie.

More generally, I'd say movie names are typically at least partially under the discretion of the people in charge of marketing the movie, because they have to design all the marketing around that name. It makes sense to have different teams in different markets, so there would naturally be pressure to customize the movie's name in each market to help sell it better there.

The other questions answer very well why some of the reasons why a small minority of English language movies are re-titled for the a particular country.

Looking at your other example, Vertige is a French movie. Vertige does not mean anything particularly in English, even if it is reminiscent of the translation of 'vertigo'. Unfortunately Vertigo is a very well known Hitchcock movie from the 1950s, so although the simple translation must have occurred to the producers, they obviously chose not to use that. The movie was renamed to High Lane for the English language market worldwide, and on other markets:

42
Why was the Avengers movie called something different in the UK?
24
Who is responsible for movie titles in foreign countries?
12
Same movie but with different names
18
Why did Netflix rename "What Happened to Monday" to "7 Sisters"

2
Movie Title versus Movie Context
25
Why is "Airplane!" called "Flying High!" in some countries?
24
Who is responsible for movie titles in foreign countries?
20
Why was the title changed to Dark Kingdom in the German release?
7
Why is the title of The Big Bang Theory not translated in Quebec?
8
Is the title "Project Almanac" an homage to Back to the Future?
36
Is the title 'The Walking Dead' referring to the main characters of the series?
1
If the title is called Scorch Trials, what are the trials in the movie itself?
13
Is there a connection between these "Once Upon a Time In..." titled films?